Twelve of the best TED Talks on the environment

From sustainable clothing and pollution to the plight of bees, we present twelve of the best TED talks on the environment 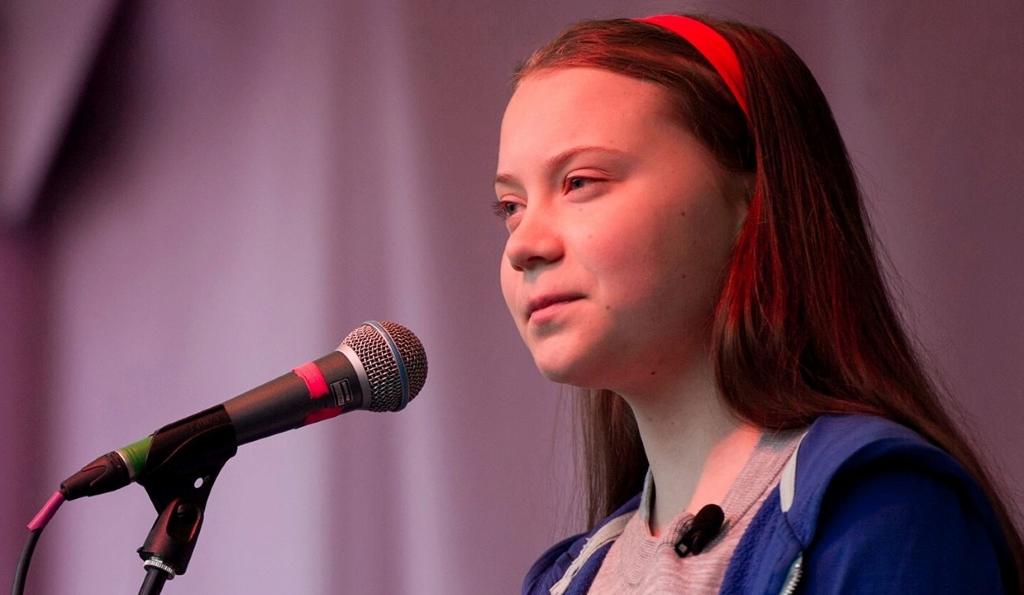 Greta Thunberg: Nobel-nominated environmentalist and part-time teenager
Listening to TED talks (and their independently-organised TEDx cousins) is an excellent way to be educated and inspired by the world's greatest thinkers and speakers. But while many of them cover matters relating to the environment, some are more engaging and insightful than others. Here, we round up twelve outstanding TED talks spanning the full range of environmental issues.

THE BEST TED TALKS ON THE ENVIRONMENT

Where better to start your environmental TED talk exploration than with the woman of the hour, Greta Thunberg? Hats off to her; it takes some doing to be nominated for the Nobel Peace Prize when you've persuaded 20,000 children all over the world to skip school. Speaking at TEDxStockholm, in the country of her birth, she explains the background to her environmental activism, making candid references to her Asperger syndrome and revealing charisma and intelligence far beyond her years. 'I only speak when I think it's necessary,' she says. 'Now is one of those moments.'
Dan Barber: How I fell in love with a fish 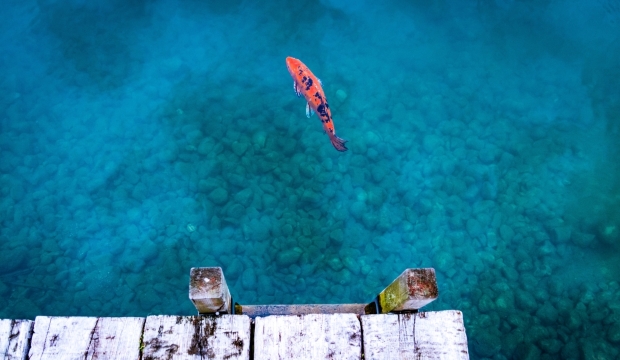 Dan Barber tells a wry tale of two halves about his run-ins as a chef with the sustainable (or not-so-sustainable) fishing industry. His love of tasty seafood infuses the talk, which begins with the funny-if-it-weren't-so-tragic story of his invitation to provide public endorsement for a local fish farm. Appalled by what he ends up learning, he goes in desperate search of an alternative and finds something close to paradise at the mouth of the Mediterranean.
Rob Greenfield: Be the change in the messed-up world

Not all ardent environmentalists were born that way, as Rob Greenfield can attest to. Once a self-centred, money-smitten hedonist, he caught the activism bug later in life and made changes to his outlook one step at a time. Now a fully-fledged environmental activist, he delivers a TED talk that calls listeners to action without causing disillusionment, and inspires without intimidating. What better way to set sustainable change in motion?
Sylvia Earle: My wish: protect our oceans 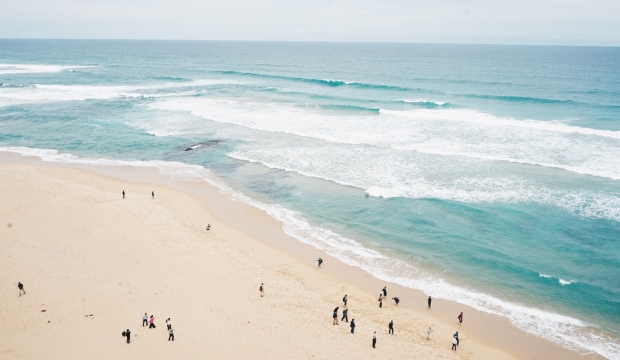 When Sylvia Earle was awarded a $100,000 TED prize in 2009 and granted a ‘wish to change the world’, her answer – the title of her talk – was hardly surprising. The biggest name in oceanography, Earle has been a National Geographic explorer-in-residence for over 20 years and was Time magazine’s first ‘Hero for the Planet’ in 1998. She speaks with the unflinching authority of a woman who has stood up for the environment at Google and the World Bank, unpicking the inextricable connection between our fate and that of the world’s oceans.
Kamal Meattle: How to grow fresh air

Just four minutes long, Kamal Meattle’s 2009 talk remains one of TED's most popular. Having discovered a personal antidote to Delhi’s polluted air, he presents a combination of three common plants that can be grown together indoors to keep you healthy and happy. You’ll have to watch it to find out what they are – but his findings are inspiring, eccentric and, all-importantly, practicable.

Zaria Forman: Drawings that show the beauty and fragility of Earth

Zaria Forman stands out from the throng of passionate environmentalists, using her artistic talents to celebrate the beauty of the natural world without wishy-washy ignorance of the hard facts. Optimistic yet erudite, she expounds on her experiences as a seasoned expedition-leader and talks engagingly about the artistic process. In a nutshell, she hopes her works ‘can serve as records of sublime landscapes in flux, documenting the transition and inspiring our global community to take action for the future’.
Maxine Bédat: The high cost of our cheap fashion 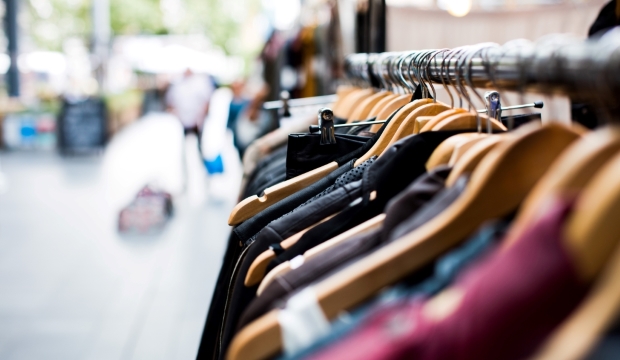 Heralding the rise of sustainable fashion, Maxine Bédat dishes the dirt on the multi-trillion dollar apparel industry’s appalling track record on both the environment and human rights. She’s a doyen of the fashion business with a background in international law and diplomacy to boot. Welding hard-hitting data to practical tips, she compels her audience to push for positive global change by indulging their love of fashion intelligently, not by denying it.

A famed visionary of urban revitalisation strategy, Carter once leveraged a $10,000 grant into more than $3 million from the New York mayor’s budget to restore the now-celebrated Hunts Point Riverside Park in the South Bronx. In Greening the ghetto, she brings the full force of her persuasive powers to bear once again, pulling no punches as she highlights the uneven effects of environmental degradation on different portions of society. But she does so with ineffable charm and wit, encouraging rather than goading her listeners into action.

Marla Spivak: Why bees are disappearing 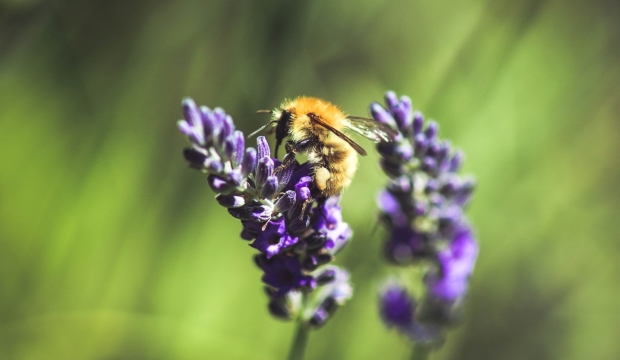 Remember when beekeeping became the cause célèbre of the super-famous? It’s in no small part thanks to Marla Spivak, whose TED talk on the precious pollinators put them right on the map. Drawing on more than 40 years’ experience researching bees, Spivak talks with scientific rigour and emotional fervour about one of the most pressing environmental issues of our time

Christiana Figueres: The inside story of the Paris climate agreement

Costa Rican diplomat Christiana Figueres took charge of the UN Framework Convention on Climate Change shortly after the failed 2009 Copenhagen Summit. Five years later, in the same role, she oversaw the negotiations that led to the historical signing of the Paris Agreement. Controversial though its success may since have been, it’s fascinating to hear Figueres describe her euphoria when the Agreement was adopted, against her candid admission that she thought there would be no escape from ‘the paralysis of Copenhagen’. 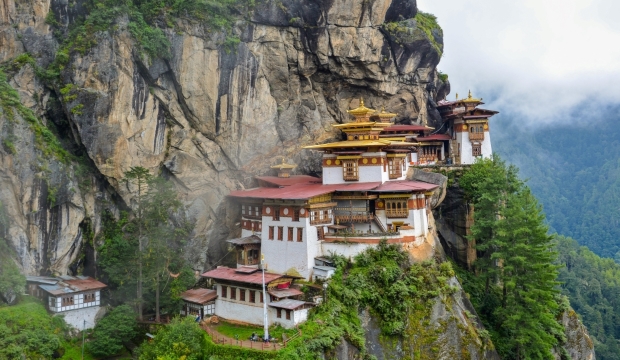 How about a TED talk from a prime minister? Tshering Tobgay gave his while holding the head office in Bhutan, a landlocked Himalayan kingdom sandwiched between China and India. Exploring his country’s pioneering vision to prioritise Gross National Happiness and Bhutan's status as the only carbon-negative country in the world, he expresses his wish for other nations to adopt similar mindsets while observing, wryly, that Bhutan’s economy may be smaller than the net worth of some of his listeners. With his warm and gently self-depreciating style, Tobgay has a skill for conjuring up visions of a green paradise.
Katharine Hayhoe: The most important thing you can do to fight climate change: talk about it

The perfect TED talk for anyone disheartened by the way conversations about the environment tend to go nowhere: Hayhoe explains what she’s learned from living in Lubbock, Texas – the second most conservative city in the US, in the state with the highest carbon emissions – about talking to those who don’t believe in climate change. She preaches the power of connecting over shared values like family, community and religion rather than instigating familiar political stand-offs. Her message, delivered with the analytical poise that befits a climate scientist, is TED’s message: hope and change begin with a conversation.