In an updating of Bizet's opera, the action opens in a hospital and charts only three central characters

With two casts, two keyboards and heaps of good intentions, this new pocket-sized version in English by director Mary Franklin with Ashley Pearson strips the story of the flirtatious tobacco worker to the bare bones. Out goes smitten Don Jose's dependable fiancee Micaela, Carmen's gypsy friends, and the crowds who flock to the bars of Seville and the bull-ring.

Left in place is a simple love triangle between mischievous Carmen, minder turned lover Don Jose, and haughty Escamillo, here rendered not as a toreador but a Maserati-driving footballer. 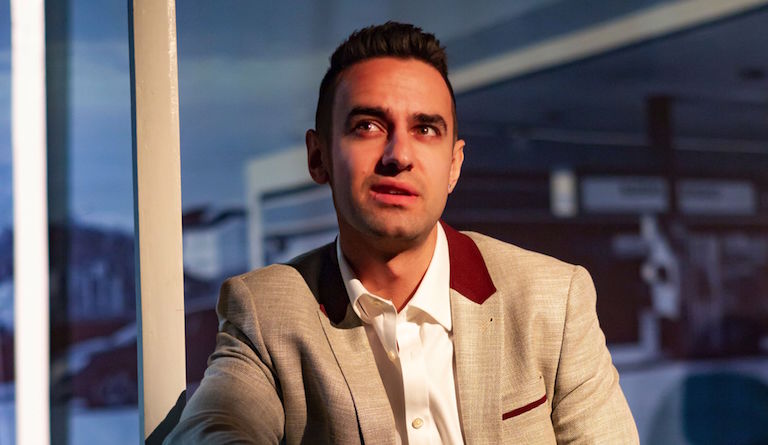 Such distillations have been hugely successful at the King's Head. October's jewel-like La Traviata was thrilling. Already on the cards this year are Donizetti's The Elixir of Love (September) and the return of Charles Court Opera with HMS Pinafore, in the wake of their brilliant Mikado.

Sadly Carmen is a rare disappointment – just too stripped-down to be more than a slanging match between an ill-suited couple, and musically muddy, with the vast score divvied-up between a piano and keyboard. Press night's Don Jose, tenor Mike Bradley, did what he could with what is left of Don Jose. Mezzo-soprano Jane Monari was more interesting in her earthier lower register than when expressing Carmen's excitable nature at the top of her voice. Baritone Dan D'Souza, though, scored as striker Escamillo.

All three were lumbered with business that contributed nothing to their character, and you really should only use the mobile phone-plays-Bizet gag once, and not all night long. Opening in a present-day hospital, rather than outside the tobacco factory, there is a nod to rotten working conditions, but this is not well developed.

In his hilarious warm-up, King's Head artistic director Adam Spreadbury-Maher reminded an affectionate audience that these usually marvellous productions run on a showstring. And he discovered that a handful of people in the audience were at their first ever opera. Well that's just fantastic, and I hope they had a great time discovering at least the surface of Bizet's Carmen, and will come back for more.

As for me, always excited to be at the King's Head, I felt like Groucho Marx: 'I've had a wonderful evening, but this wasn't it.' 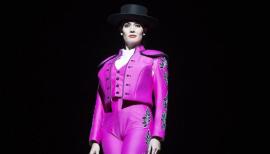