Prepare to see a different side to goodie-two-shoes Goldilocks, when she meets not the three bears, but the three little pigs who we usually meet defending their homes against the huffing, puffing, big bad wolf.

This is opera in an exciting form – no gowns or brocade, but an immersive, raw, direct and insightful exploration into familiar characters who reveal an unfamiliar side.

Nevertheless, expect a skilled chamber orchestra of 10, conducted by Paul Wingfield, who was for several years at the Royal Opera House. And look out for soprano Alice Privett as Goldilocks; other singers are the baritone and Opera Holland Park favourite Nicholas Lester, mezzo-soprano Carolyn Dobbin, and counter-tenor Daniel Keating-Roberts.

The score is by Vahan Salorian, with a libretto by Dominic Kimberlin, and the resourceful production is directed and designed by Pedro Ribeiro.

The Opera Story made its debut last February with the highly acclaimed and sold-out Snow. The young company commissions and produces new works from young composers, performed by rising artists and showcasing up-and-coming composers, singers and players.

There are six performances, on 26, 28 February and March 2, 3, 6 and 8 March – and despite its title, it's not for children!
by Claudia Pritchard 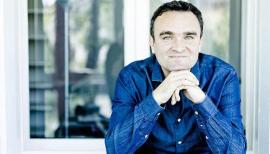