The Royal Opera House tenor talks to Stephen Pritchard about the Messiah season, perpetual youth and getting lost backstage at Covent Garden 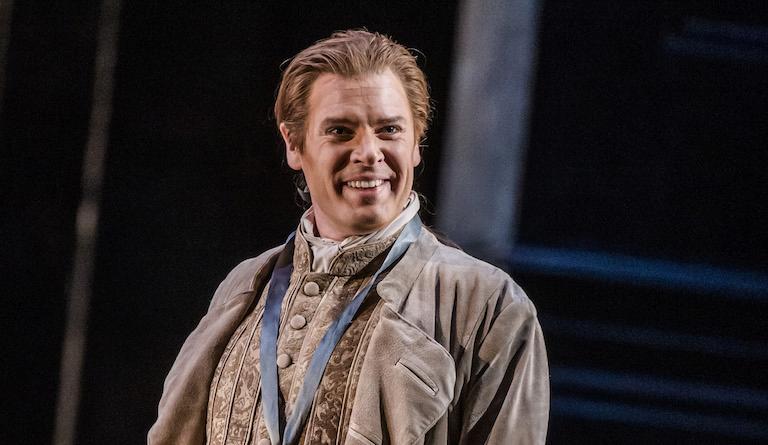 Without his magic flute to guide him, tenor Benjamin Hulett, currently starring in the opera at Covent Garden, simply can’t find the room in the mysterious Purple Zone where we are to talk. Up lifts and down stairs we travel, questing ever onward, until we retire to his dressing room, defeated and unenlightened.

'I love this place,' he says cheerfully, 'but of all the opera houses I have ever sung in it is the most confusing place to find your way around.'

Cheerfulness is surely Hulett’s trademark. While he is very serious about his singing, he talks about it with a constant smile on his lips. He’s thoughtful and considered when answering questions, but never at the expense of a good-hearted bonhomie that shines out of him. 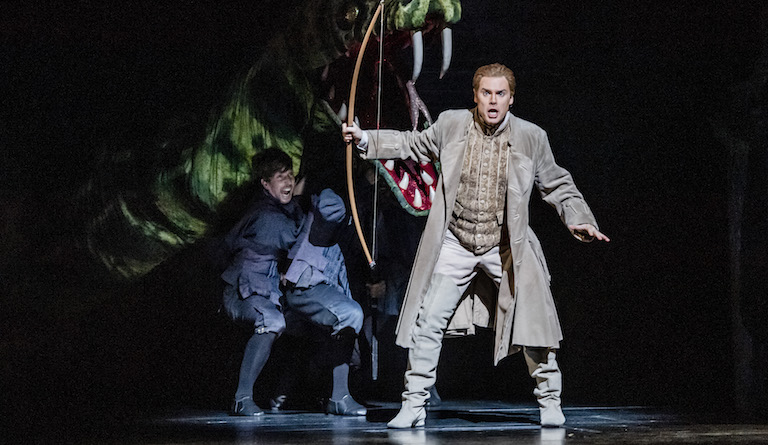 Benjamin Hulett as Tamino in The Magic Flute at the Royal Opera House. Photo: Tristram Kenton

He has many reasons to be cheerful. He is sought after for operatic roles across the globe and for oratorio, with a starry Messiah shortly at the Royal Festival Hall (12 Dec) and at the Muskverein in Vienna. 'Even the Viennese are embracing Handel as a Christmas tradition,' he says, and goes on to talk passionately about the importance for young singers of mastering oratorio technique .

'We are good at training opera singers, but not so good at training them to sing oratorio. They may wait years for decent operatic roles to come along; in the meantime they need to learn about the richness of the oratorio repertoire and how to communicate it.' Though no plans are settled at this stage, he is hoping in future to play a part in that training.

In the meantime, he has more performances as Tamino, and we talk about Mozart and his writing for tenor. He says it would be a mistake to think that because Tamino is given such mellifluous music it must be easy to sing. 'Far from it. He’s given the portrait aria [when Tamino falls for Pamina] very early on in the piece, and it’s a really tricky to get it right. I do wonder whether Mozart’s tenors had a different, lighter timbre.'

He points out that a handful of leading conductors such as Herbert von Karajan and Karl Böhm have influenced what audiences hear nowadays: 'The orchestra certainly would have been softer grained, but today we’ve been ‘Karajaned’ and ‘Böhmed’ into a broader sound.' 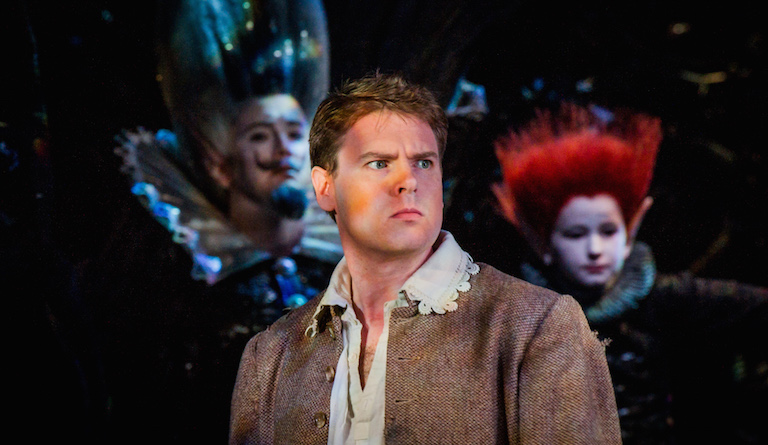 Whatever the role, he feels that, naturally, score and libretto shape the character, and praises David McVicar’s production (under revival director Bárbara Lluch) for 'lacking in concept', adding: 'That’s not a criticism. It lets the piece speak for itself and allows its sincerity to come through. Of course in rehearsal we talked about the misogyny and racism in the piece, but to change that too much would rob the end of its Enlightenment message.'

Hulett’s lithe, attractive tenor is in the pantheon of great English singers, and it is perhaps no surprise that when he is offered a new role, he does two things. 'First,' he laughs, 'I check with my wife [BBC Singer Alice Gribbin] to see if I can do the dates, and then I see if Anthony Rolfe Johnson ever sang the part.'

The 'wide-bore warmth' of Rolfe Johnson’s singing is something he greatly admires. 'He had a natural way with line and text. His tone never sounded pressured. He was one of those singers, such as Peter Pears and Philip Langridge, where you always learned something from their singing.'

And looking at the roles he has sung so far, it is remarkable how his career has shadowed Rolfe Johnson’s, who made his English National Opera debut as Tamino, and like Hulett, had the major Bach Passions, Haydn’s Creation and Mozart’s Idomeneo in his repertoire. And Hulett has an ambition to one day emulate Rolfe Johnson and take on the title role in Monteverdi’s Orfeo.

Once the Messiah season is out of the way, Hulett will be heading for Paris to appear in Barrie Kosky’s acclaimed production of Handel’s Saul, created for Glyndebourne. How does he feel about staging oratorio as opera? 'It often works very well and they can be a joy to do, but you know, I would rather we were staging well-presented new work.'

Returning to his theme of being faithful to the text and music he feels that so often the temptation is to present contemporary, cutting-edge music in a cutting-edge way. Better, he feels, for productions to be accessible – and therefore revivable.

One adjective often attached to Hulett is 'youthful'. He certainly is remarkably fresh-faced and young-looking for a father of two energetic boys, an attribute that sees him often cast as the easily-led young Tom Rakewell in Igor Stravinsky’s The Rake’s Progress.

But he would love, one day, to play the ultimate in juvenile leads, the title role as a small-town innocent in Benjamin Britten’s Albert Herring. 'But I don’t think I can get away with it for much longer!'

Die Zauberflöte runs at the Royal Opera House, Covent Garden, until 27 November. Messiah is at the Royal Festival Hall on 12 December.