Get ready for Hamilton the movie

The Hamilton trailer's arrived, and we get to watch the original Broadway cast perform the hit show on Disney+ from the best seats in the house (literally) 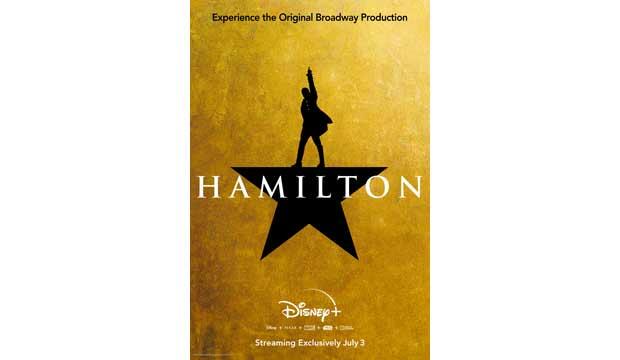 Hamilton hits Disney+ screens on July 3. Photo: Disney+
Disney+ has been a real lockdown winner for anyone with children – and lots of people without. (The programming is fantastic, from the National Geographic nature series to the shorts. We recommend watching Bao and Lava on repeat.)

On Friday 3 July, Disney+ will be worth its £59.99 annual subscription fee on that one night alone thanks to the arrival of one very special, very spectacular, show: Hamilton.

Not only will we get to watch Lin-Manuel Miranda's blockbuster show from the best seats in the house – our living-room sofa, naturally – the production airing on Disney+ will feature the original Broadway cast.

Hamilton musical tickets were selling for as much as £250 at one stage, so this is a bargain – we won't be throwing away our shot.

Surely, for parents who are so over home-schooling they've moved onto unschooling, this is an occasion to celebrate: an American history lesson couched in some of the best songs ever written.

Enjoy the trailer below…