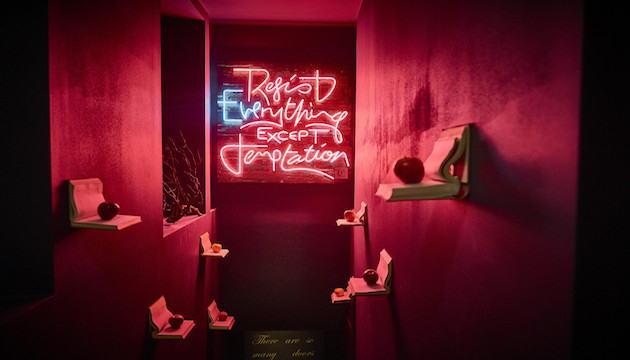 The most Instagrammable bars of the bunch

Whether it's millennial pink, covered in illustrations or punctuated by eccentricity, these are the bars that'll up your insta-game:

Eve at The Frog, Covent Garden: It's brand new and it's super cool (pictured), Eve champions 'temptation, indulgence and hedonism'. The walls are covered in art by JJ Adams, and there's live music aplenty.

Dandelyan at the Mondrian Hotel: With candy floss pink banquette seats of dreams, this is the Mondrian hotel’s cocktail bar Dandelyan. A celeb hotspot, and an all-round drinking dream.

Scarfes Bar at the Rosewood Hotel: Renowned British illustrator and cartoonist Gerald Scarfe has made the walls (and cocktail menu) of this bar his captivating canvas. This, paired with fires, plush velvet, glowing lamps and live jazz makes for an incredibly satisfying evening of tipples.

Sketch: Yes, we know that it's an obvious choice, but Sketch had to make the list. The 18th-century tea room is a millennialmecca for pink fanatics – and don’t forget to check out the toilets.