The Story of a Scent: Editions de Parfums, Frédéric Malle

The inside story of how perfume publisher Frédéric Malle creates and curates Editions de Parfums, his library of liquid masterpieces 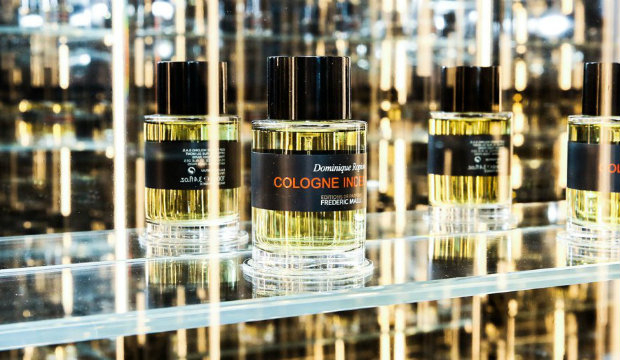 The Story of a Scent: Editions de Parfums, Frédéric Malle
Growing up in Paris, Frédéric Malle’s earliest memories are wrapped up in wafts of Eau Sauvage. His grandfather was a founder of Christian Dior perfume and his perfumer mother would test out prototypes of the now classic citrus scent on her four-year old son.

This immersion into fine French fragrance equipped Malle with an intrinsic awareness of the power of scents. But instead of following the traditions set out by the grand maisons of parfums, he decided to start his own story.

‘This business that I loved so much was heading towards mass market. Every single company was focussing on brand image and on making a celebrity perfume,’ he says. ‘We were bored. Perfumers were bored. I was bored’.

So in the year 2000, Frédéric Malle founded Editions de Parfums to give creative control and financial freedom to twelve of the most accomplished and talented perfumers in the industry.

‘I created a house that is not based on image but based on the product itself,’ he explains. ‘We try to create perfumes that are made like works of art’.

It’s the olfactory equivalent of freeing Mozart from writing movie scores, or introducing Jane Austen to the novel form after a life of being confined to post-it notes.

Like a literary editor or artistic agent, Malle guides his perfumers through the creative process. ‘It’s a story about friendship,’ he smiles, reflecting on the relationship with each of the noses that work with Editions de Parfums.

Without the boundaries of a brand commission, these perfumers are free to follow their noses and trust their instincts. And the results, curated in an editorial selection by Frédéric Malle, are as alive with emotions as any library.

There’s tender romance in Le Parfum de Thérèse by the late Edmond Roudnitska. As the master perfumer behind blockbuster bestsellers including Eau Savauge, Diorissimo and Diorella, his talent had a global impact and lasting legacy. But Roudnitska’s real masterpiece was private, crafted in the 1950s as an aromatic love letter to his wife Thérèse. The light yet vital scent has a sparkle of water fruits, giving way to the femininity of rose, violet and jasmine, along with subtly sensual notes of leather and cedar. Half a century later, Frédéric Malle acquired the rights to finally share Thérèse’s secret scent with the world.

Some stories started with a seemingly impossible idea: ‘Let’s invent hot water,’ declared perfumer Jean-Claude Ellena, head nose of Hermès. L’Eau d’Hiver is a shimmering example of the ways in which a mere smell can summon a feeling and evoke sensations. Zest, iris and honey come together to create a fragrance that is clean, minimalist and captivatingly familiar.

Other scents tell a story of innovation and audacity. Carnal Flower is the kind of unparalleled perfume that could only come from giving nose Dominique Ropion total freedom. Over 18 months and 680 different prototypes he concocted a potent contemporary update to the timelessly sexy 1948 perfume, Fracas. It takes tuberose – one of the most sensual, intriguing and decadently expensive notes in fragrance – and intensifies it to 50% concentration. After an initial blast of botanical freshness you’re left reeling by a sultry, almost animalistic heat.

Drama and bombast come courtesy of another Dominique Ropion creation and Editions de Parfums’s most-requested scent, Portrait of a Lady. The velvety combination of oriental rose, frankincense and blackcurrant is like red lipstick, or black lace: bold, theatrical and un-apologetically feminine. This is a ‘stop a stranger in the street and ask her what she’s wearing’ kind of perfume.

‘You don’t need an advert when you’ve got a perfume like Portrait of a Lady’, a perfume adviser in the Burlington Arcade shop tells us. 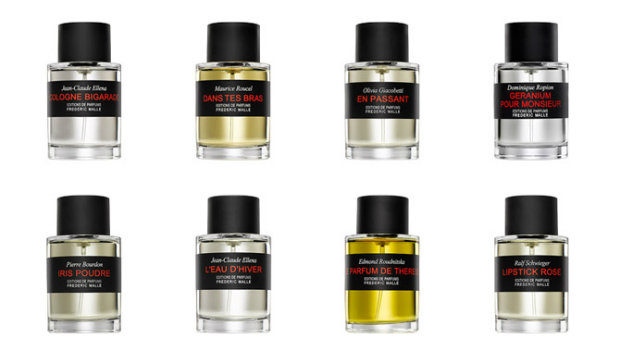 Though customers are drawn to a Frédéric Malle boutique by the magnetism and cult reputation of this one perfume, many of them leave with something different. Because at Editions de Parfum, fragrances are personal. ‘They are not all good on everybody,’ Malle tells us. ‘It’s more about being the right couple’.

The union between perfume and person is part alchemy, part emotion. There’s the scientific aspect of skin fusion – a concept that cuts right to the core of the Editions des Parfums creation and curation process. The noses prioritise purity, cutting out the generic background noise and filler ingredients to only use raw materials.

A scent created with this level of expertise does not sit on the skin like costume jewellery. Instead it adapts and develops over the course of the day. Just as fine wine matures, quality fragrance lives on long after the initial spritz.

Then there’s the personal relationship with a scent, the unspoken associations and aspirations that shape someone’s tastes. This is where the perfume advisors at the Frédéric Malle Burlington Arcade store take over.

The customer consultation process celebrates the evocative and often surprising impact of scents. You progress from early memories right into the futuristic ‘smelling column’, where the glass cylinder dispels any background smells so you can get can get an accurate reflection of your chosen scent (like a mirror, but for a smell). In exploring and refining your olfactory palette, you discover fragrances that go beyond ‘nice’ or ‘pleasant’ to enhance your own narrative.

Because after all, as Frédéric Malle tells us: ‘A perfume doesn’t work on its own; it is made to be worn by someone.’