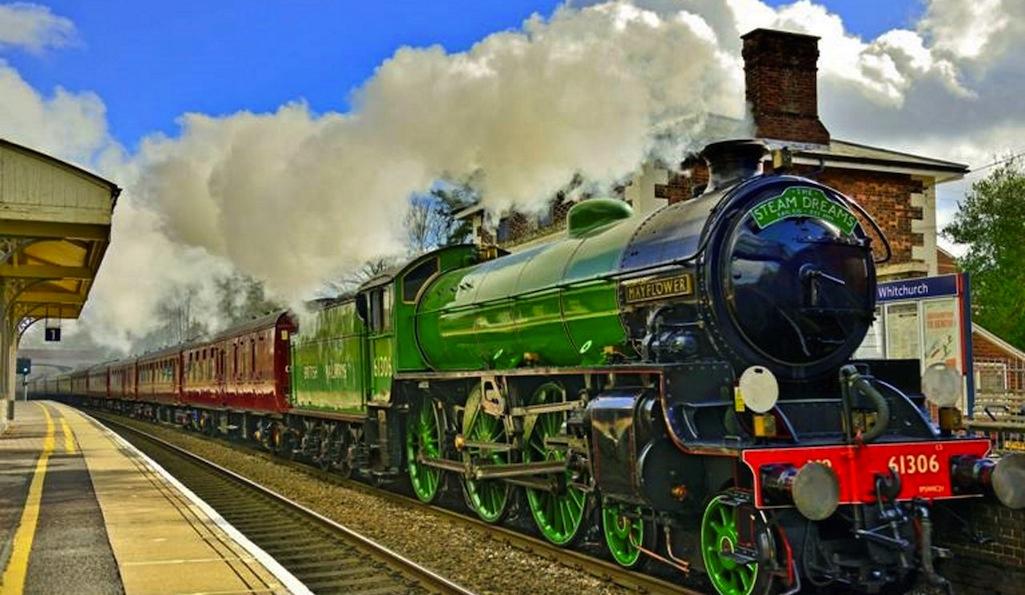 Royal Windsor Steam Express, London Waterloo and Windsor
Have you ever found yourself wishing you could swap your morning commute – be it on tube, bus, overground or regular train – for a mode of transport a little more refined? One with a hint of luxury thrown in, even? This summer, those travelling from London Waterloo to Windsor, or vice versa, can do just that, thanks to the Royal Windsor Steam Express. The new steam train service is running from 4 June – 3 September, with three daily services each way between Waterloo and Windsor & Eton Riverside station.

Once settled in a plush armchair (with plenty of legroom), switch on your own personal table lamp to get a better look at the menu, or admire the wood panelling which adornes the walls of the carriage and completes the aesthetics of the train. Oh, and leave your coffee flask and tin foil-wrapped sandwiches at home, because the dining carriages serve a champagne brunch (for £85 per person) to see you on your way in luxe style. 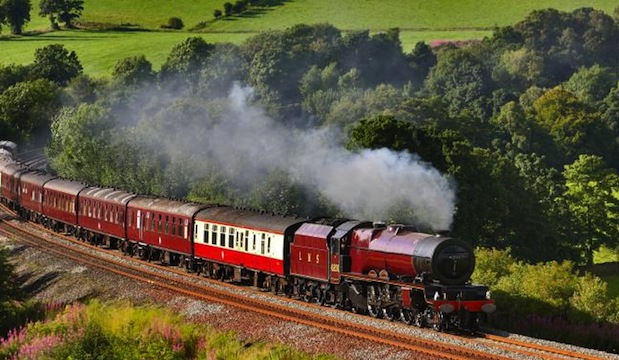 Those who are keen to ride the steam train but would rather bring their own food and drink, or not eat at all, are catered for in the train’s first and standard class carriages. Here, you’ll find modern train seating and none of the glamour of the Pullman carriages, but with rides costing just £35, it’s a far cheaper way to experience the steam dream.

Wherever you sit, expect to glide past famous landmarks including the London Eye and Houses of Parliament, before choo-chooing towards the leafy suburbs of Windsor. On arrival, why not visit the historic Windsor Castle? Steeped in over 900 years of Royal history, the castle was most recently thrust under the spotlight when Prince Harry and Meghan Markle were wed there in May 2018.

The Royal Windsor Steam Express runs three daily services each way between London Waterloo and Windsor. Trains depart from Waterloo at 8:02am, 11:10am and 2:30pm, and from Windsor at 9:30am, 12:30pm and 15:30pm. Tickets are one way, mind, so be prepared to make your own way back in far less glamorous style.