Brace yourselves: electric scooters get the green light in the UK

The Department for Transport gives electric scooters the green light in the UK... and you'll soon see the chic, environmentally friendly vehicles everywhere 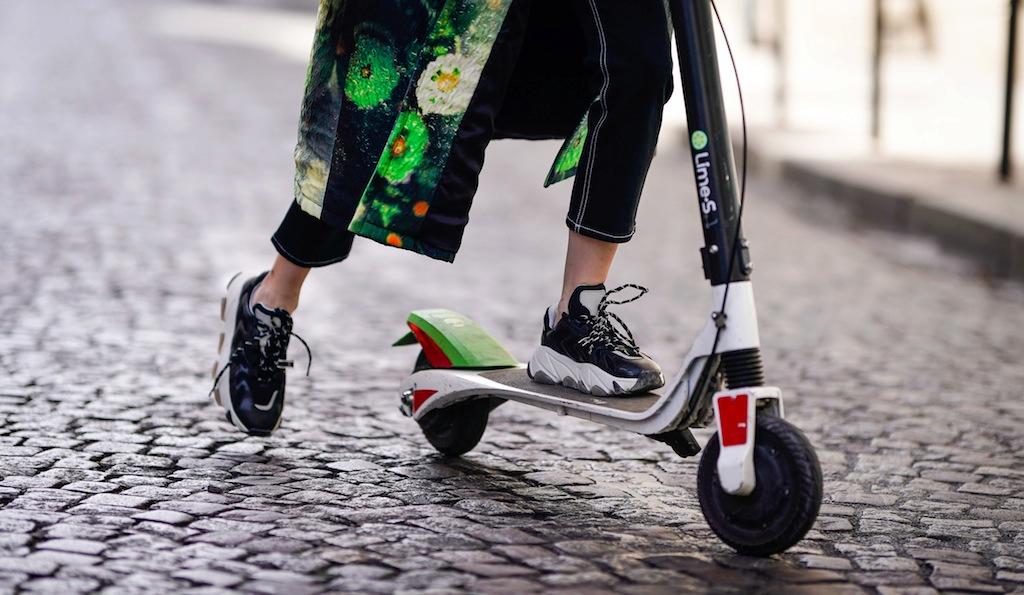 Electric scooters are coming to London
Londoners, listen up: if you’re sick of shuffling underground to the dark and dirty depths of the tube, but don’t fancy joining the fast and furious stream of cyclists battling their way through rush-hour traffic, there could be an alternative on your doorstep – or your app store – soon. We’re talking about electric scooters. Not the moped kind, but the sort you’ve probably seen privately owned versions of whizzing past you already. Only now, they've been legalised, meaning you can rent them like you would a Boris bike.

Over a year since they first started appearing on London's streets, e-scooters have been approved by the Department for Transport as a safe way to travel in London (and the rest of the UK). Given their rising popularity in other cities across the world, it was only a matter of time before they were given the green light to zip along London’s streets, too.

Here's everything you need to know about this cool new mode of transport. 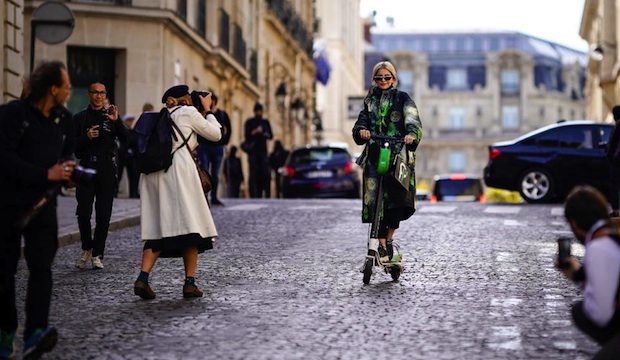 Most probably, yes. Electric scooters are already popular in several cities including Washington DC, San Francisco, Stockholm and Paris where, during Paris Fashion Week 2019, journalists and influencers alike were spotted breezing through the streets on them. These e-scooters operate on a rent-to-ride basis and some are even linked to apps like Uber, helping to simplify your search for a docking station and pay for your ride. Favoured for being easy to use and less of a faff than cycling (no need to change out of your workwear to ride an e-scooter), they’re likely to prove a hit with Londoners for the same reasons. 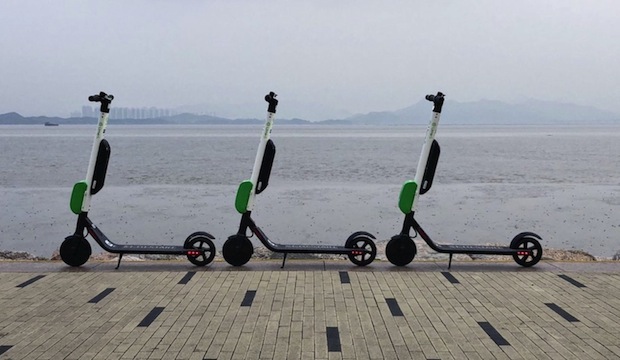 Lime electric scooters are already valued at over $1 billion

Rival start-ups Bird and Lime – each already valued at over $1 billion – are looking for ways to introduce their scooters to UK streets. Both companies already have a presence in certain US and European cities, and both have taken subtle steps to bring their brand to London – Lime by introducing their rentable bright green bikes to the city, and Bird by bringing their scooters to Queen Elizabeth Olympic Park.

Bird and Lime aren’t the only electric scooter companies eyeing up the London market, though. Swedish e-scooter company Voi Technology has raised $30 million to fund its expansion throughout Europe. Voi currently has scooters in 14 cities, including Stockholm, Paris and Lisbon.

Then there’s Skip, a US company taking expansion slowly and doing things by the book to ensure that only those holding permits can ride their vehicles. Last but not least is Spin, a company largely comprised of ex-Uber and Lyft drivers. What sets Spin apart from its competitors is its focus on safety; the company offers free helmets to those who request them. 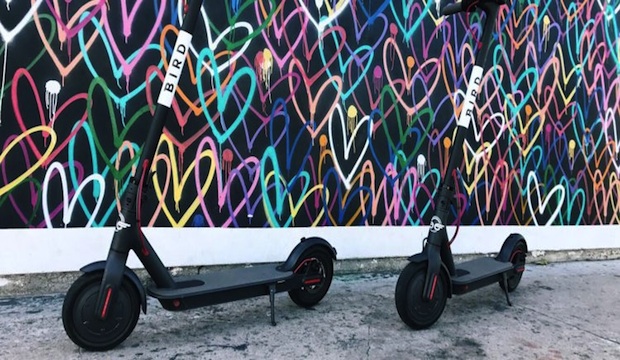 It took the Department for Transport in London some time to decide whether electric scooters were a safe mode of transport for the city. Now that the vehicles themselves have been deemed safe, it'll still be some time before the rentable kind become available; decisions must first be made regarding safety regulations for riders (such as minimum age, speed limits, insurance and helmets). 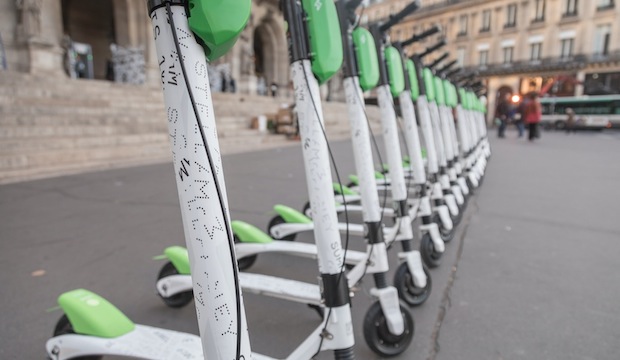 If the Department for Transport changes the current law, electric scooters could soon become widely available in London

Where can you ride an electric scooter in London?

If you can’t wait for the laws to be changed – or want to get some practice in before they are – you can. Crafty company Bird have already installed their scooters in east London’s Queen Elizabeth Olympic Park. The park is private land, which means certain rules for transport don’t apply in its leafy quarters. Trialling the scooters here is also presumably Bird’s ploy to grow a loyal customer base before it (and its competitors) hit the roads. Having proven popular in the park, the company is now looking into trialling a concierge service, through which it will deliver scooters to homes and offices, providing riders with alternative transport for the day.

So, with the young but successful e-scooter companies doing what they can to break into the UK market, it looks like it won’t be long before you can strap on a helmet, step on board and glide through the streets of London.