How to create a summer festival in your garden

Summer festivals have been another victim of the year’s mass cancellations to halt the spread of coronavirus. As such, we’ve grieved the loss of what would have been the 50th anniversary of Glastonbury and waved goodbye to dreams of frolicking at Wilderness this summer. But with lockdown gradually lifting and the government-approved size for our social bubbles growing, this could be the summer to conjure up your very own festival in your garden.

Many would-be Glastonbury-goers have taken to social media to share their plans for creating their own ‘Glasthomebury’ on the weekend of 27/28 June, when the festival would have been held. Whether you follow their lead or choose another weekend to hold your summer festival of dreams (sans live performers from big bands), here’s what you need to set up camp. 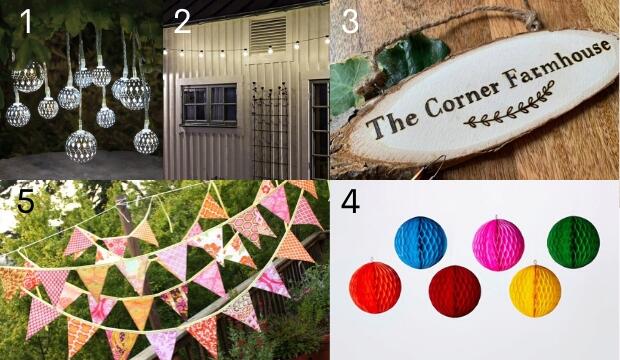 Glam up the garden

First things first: the garden. Before you set about buying decorations, create a theme for your festival. Will you be transforming your garden into a chic, bohemian paradise, complete with rustic hanging lanterns? Or perhaps you’d rather evoke the aesthetic of your favourite British music festival, kitting out your green space with hand-drawn wooden signs, fairy lights and bold reams of bunting? 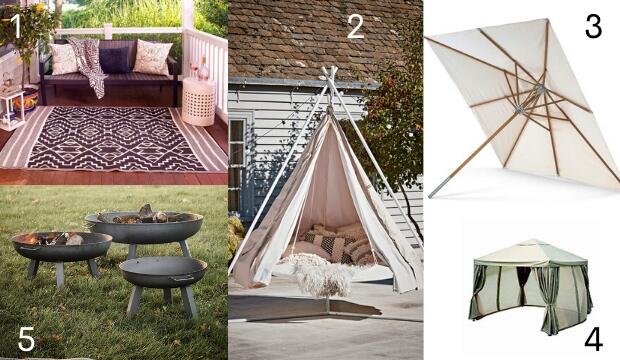 Next, you’ll want to consider your seating areas – and a contingency plan should the heavens open. If you have the space, gazebos are a great way to provide shelter, while teepees offer a snug – and authentic-looking – retreat for overnight guests or a cosy hideaway for breakaway entertainment such as kids’ storytelling. Fire pits will keep your party warm late into the night (and add aesthetic appeal), while an umbrella could provide vital sun protection in the heat of the day. 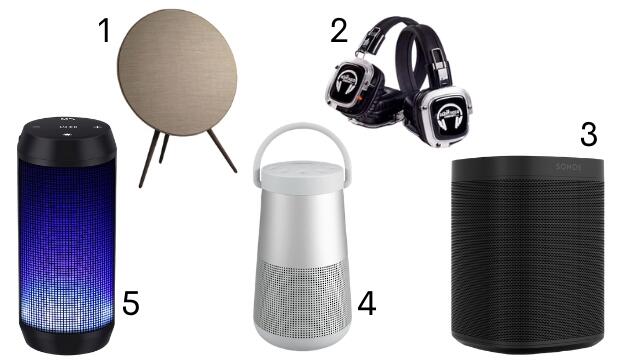 To really make your party more summer festival than quaint garden party, you’ll want a decent sound system. Bluetooth-friendly, wireless speakers are essential – bonus points if they do funky things like projecting coloured patterns that change in time with the music. If you live in close proximity to others, rather than imposing an early sound curfew, you might want to consider devoting part of the night to a silent disco. Companies like the aptly named Silent Disco Company rent out multi-channel headsets and all the other equipment you need to pull this off.

Sound system sorted, it’s time to prep your playlists. If it’s a particular festival you’re missing out on and hoping to recreate at home, check out whether there’s an official playlist uploaded by the festival’s organisers on Spotify (festivals such as Green Man and Latitude produce one every year). Alternatively, curate your own based on your favourite hits by the artists who were due to be performing – and remember to invite your guests to submit theirs in advance, too.

If you’re hosting your own Glasthomebury festival, tune in to BBC Two, BBC Four and BBC iPlayer, where you can listen and watch some of the most iconic sets of former years: Adele (2016), Beyoncé (2011), David Bowie (2000) among them. Technology and weather permitting, you could set up a projector in your garden, inviting stars of the music world to perform at your own private party via the big screen. 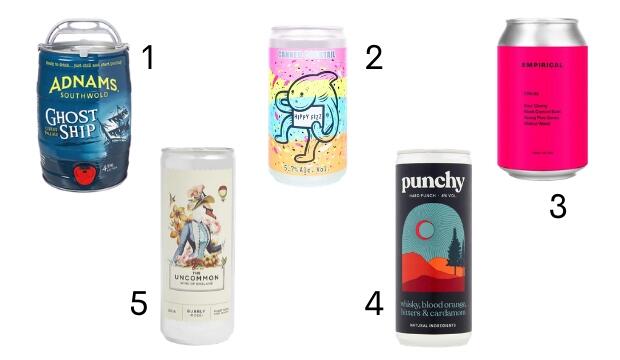 Once the preserve of university students looking for easily transportable ‘journey juice’ to get them from their halls of residence to the campus club, canned cocktails are officially cool again, thanks to a number of start-ups making their own artisan takes on pre-mixed classics. They’re also a staple of any pre-festival supermarket shop, costing approximately a quarter of the price of a fresh cocktail bought from a bar on-site. Lastly, for those in need of further convincing, they’ll save you a huge amount of time on the day that would otherwise be spent mixing and pouring drinks for your guests. Upmarket wine-in-a-tin is also now a thing, while kegs of beer will allow you to serve proper pints. 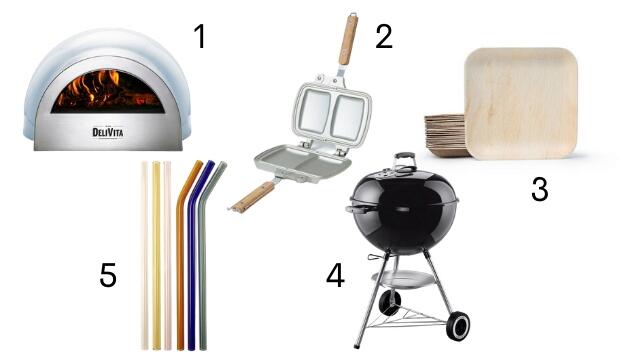 No festival is complete without an enticing offering of street food. Virus or no virus, hiring food trucks might be difficult logistically and not particularly cost-effective. Instead, invest in the equipment to cook up some classics, be they burgers on the barbecue, wood-fired pizzas or toasted sandwiches oozing with cheesy goodness. Put eco-warriors (and your own mind) at ease by making your feast as sustainable as possible – reusable straws and eco-friendly disposable cutlery are two good places to start. 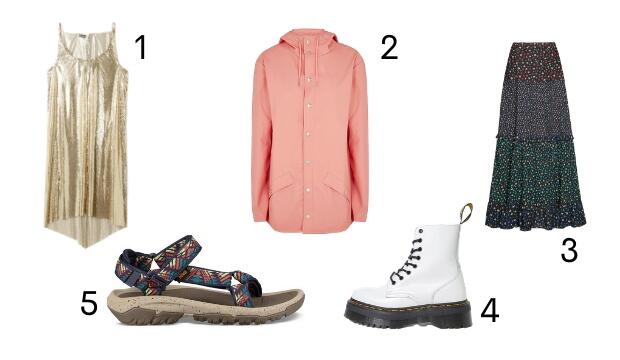 Another way to distinguish your festival from a typical summer party is by deciding on a dress code. Whether you’d prefer a boho country girl of the 70s vibe (flowing dresses, rustic boots and straw hats) or to playfully channel the 90s (with Aztec sandals and garish catsuits), be sure to inform your guests in advance. And whatever you do, remember to accessorise with a trusty raincoat – a necessity at all UK festivals, including your own. 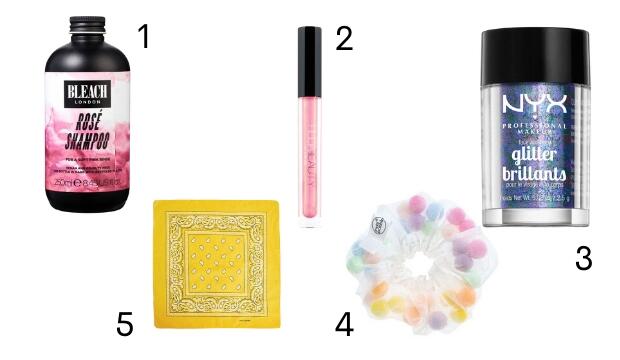 Whatever your dress code, when it comes to makeup, festivals are a time when we do away with subtle hues and sensible shades of eyeshadow and lipstick, and replace them with multicoloured glitter and metallic lip gloss, finishing off our look with an eye-catching stencilling of sequins. As for your hair? While you can forgo the usual festival staple of dry shampoo this year (unless your festival is a multi-day affair), you can still adopt a more playful approach, temporarily dyeing your hair pastel pink, dressing it in a bandana (also great for hiding roots), or plaiting then securing it with a fun scrunchie.