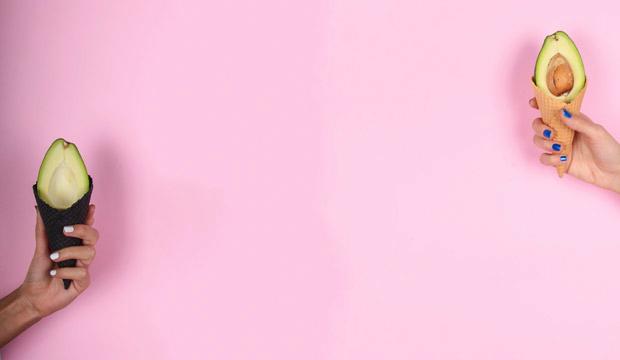 Here's where to get delicious vegan ice cream in London. Photo: Katarina Šikuljak
Ice cream season is upon us, which is totally wonderful. Even more wonderful? Delicious vegan, dairy-free ice cream is having a moment (discovering Booja Booja's tubs of vegan ice cream may be the best thing to have happened to us this year so far).

Unfortunately, not every ice cream shop in London has vegan alternatives (which is not something you want to discover after trekking to central London with your dairy-intolerant five-year-old, trust us). Here's where you need to go - in a location near you - for delicious vegan ice cream. 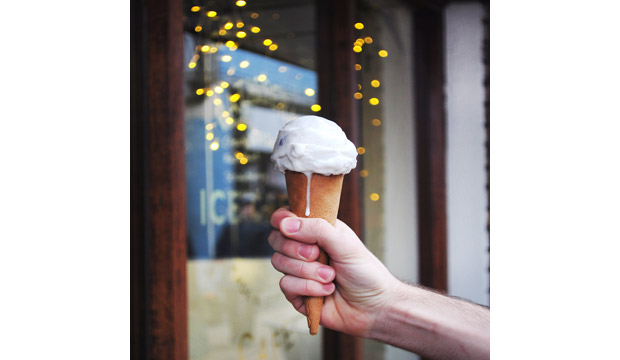 This St. Albans ice cream parlour has popped up in Covent Garden (through September 2019), and offers sophisticated Persian flavours, like tahini and halva. There's plenty to tempt the vegan palate, including coconut and raspberry, hazelnut and speculoos, mango sorbet and coconut and cardamom - the tasty vegan varieties are made with coconut milk. The only danger? Once you try it, you can't stop thinking about your next visit... 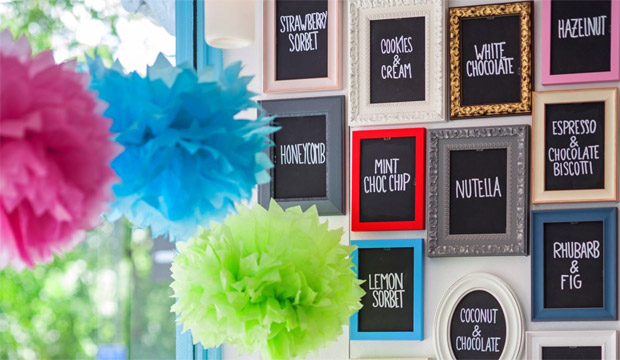 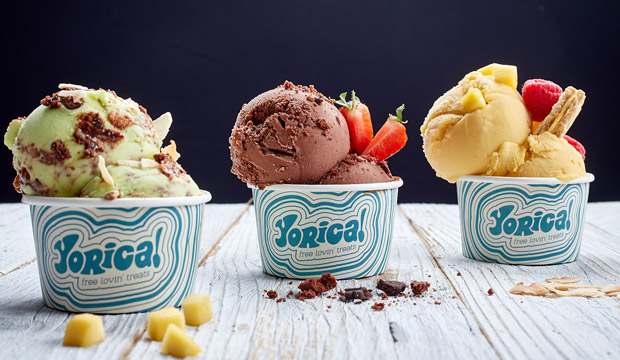 Yorica! is your go-to sweet-treat destination for free-from delights, including ice cream, frozen yogurt, shakes and waffles and crepes - all recipes and ingredients are free from the 14 major allergens (they've even teamed up with Allergy UK and the Vegan Society). Needless to say, we're obsessed - and when you try the four flavours of soft serve and 12 ice creams, including hazelNOT and popcorn and caramel, you will be too. 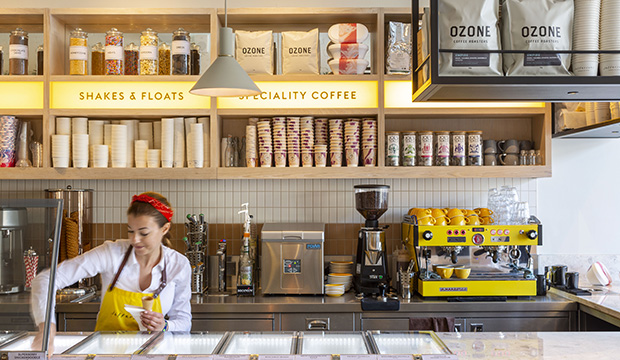 If your current American history obsession is Hamilton (for obvious reasons), then you'll love that Balham's newest ice cream joint was named after one of his prime opponents, Thomas Jefferson, who brought the recipe for vanilla ice cream back to the US with him when he returned from France. It's one of the many delectable flavours on offer (in fact, there are three vanillas to choose from), but vegans can order dark chocolate or mango sorbet. Kids love the many toppings to pick from, and six are vegan, including desiccated coconut, hundreds and thousands and sugar-derived honeycomb (that isn't from honey). Even the ice cream sandwich comes in a vegan brioche. 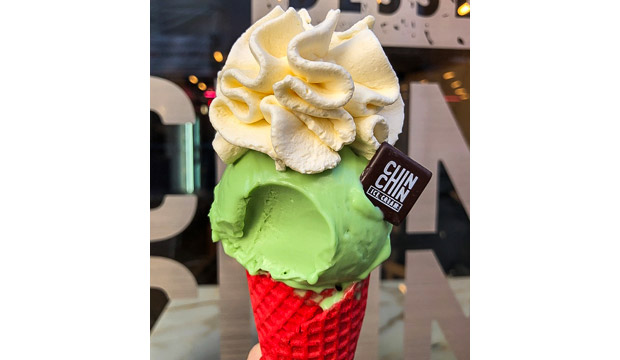 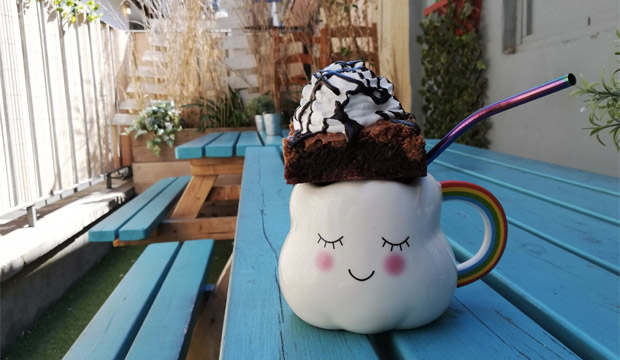 Quite simply, summer isn't summer without a ginormous freakshake in our lives. The Canvas Cafe does one better: vegan freakshakes with a coconut and soya milk base, topped with vegan homemade cake and whipped coconut milk, in flavours like avocado and chocolate. Swoon. 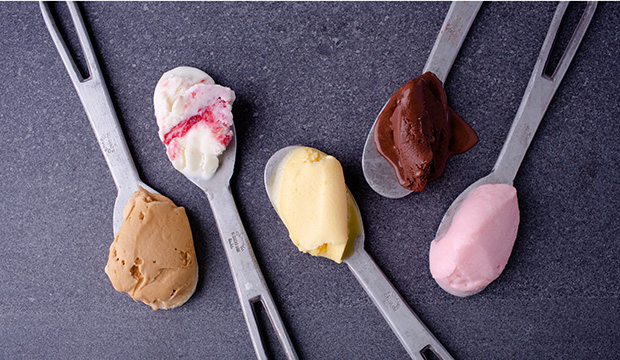 With over 50 delish ice cream and sorbet flavours, emphasising the freshest ingredients used in their purest form, Ice Cream Union has some delicious vegan options including coconut chocolate chip and chocolate, as well as blood orange, watermelon, lime and blackcurrant sorbets. 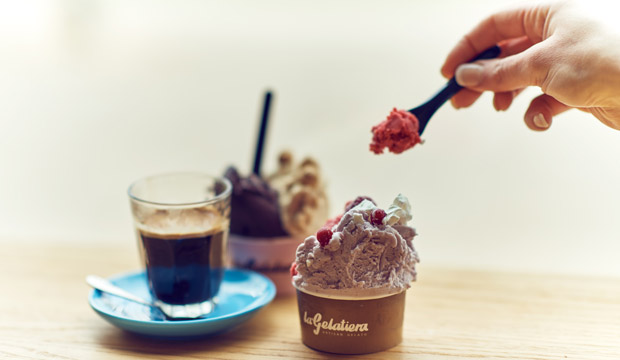 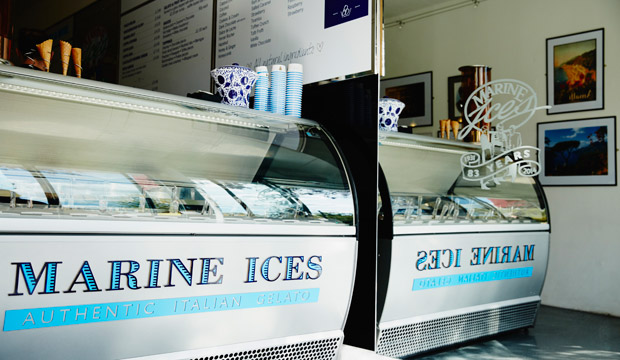 This Camden ice cream parlour is a London favourite, and has a huge variety of vegan sorbets to excite the palate, in flavours like blood orange, lime, passion fruit and raspberry. You can also enjoy vegan vanilla ice cream. Simply perfection. 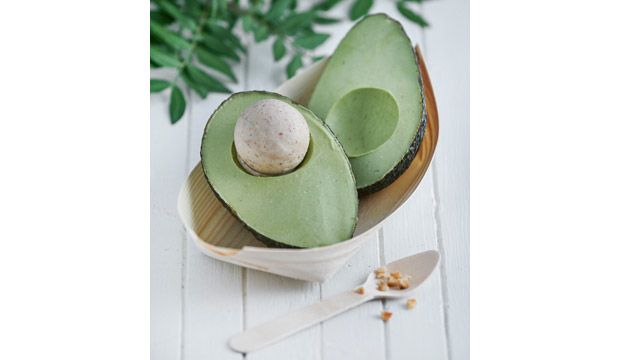 There are a few appetising vegan options on the menu at Snowflake, including the fruit fest sundae, banoffee (made with rice milk) and coconut and peanut butter varieties, made with soya milk. You may have also heard about the avolato, which contains avocado, water, grape sugar, pectin and nut butter ice cream and will look amazing on your social media feed. With six London outposts, you're likely to find a Snowflake near you to quench your vegan ice-cream cravings.