The best theme parks in Europe

There are two types of people in this world: those who LOVE theme parks and those who don't. Oh, wait, there's a third type: parents, who enjoy theme parks just to see those eager, excited looks on their children's faces.

Not all theme parks are created equal, however, and some are so fabulous, even those who never thought of themselves as amusement park lovers will agree - they're worth the trip. These UK and European theme parks have something for everyone to enjoy whether you're a big kid, a little kid, or a kid at heart. 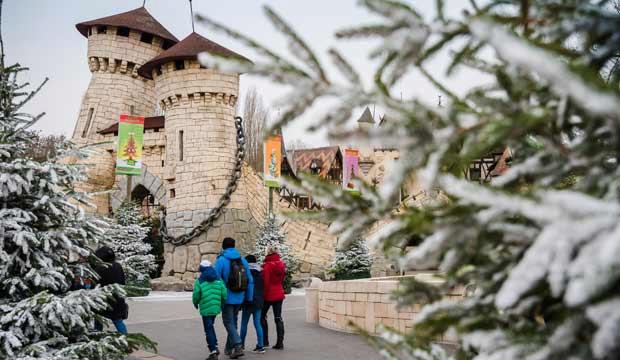 This fun-filled theme park 35k north of Paris offers a magical land of attractions and rides where a riotous adventure unfolds with the friendly French cartoon protagonists Astérix and his trusty chubby cohort Obélix (if your children haven't yet been introduced to Goscinny and Uderzo's hilarious comics, start them now).

During the winter season, there are 38 rides and three shows, including white-knuckle, adrenalin-pumping rollercoasters and log flumes, as well as gentle aqua rides and quaint merry-go-rounds for the younger set. There's also a winter wonderland of frosty fabulousness, illuminations and snow sports, including a giant skating rink, sledge run and ice maze.

There are also themed worlds to enjoy: Gaul, the Roman Empire, Ancient Greece, the Vikings, Travel Through Time and Egypt. Expect pretty landscaping, winding walkways with themed restaurants and shopping with a lovely French village feel. La Cité Suspendue is the place to bed down: the 150-room hotel lets you live life like a Gaul, in timber-framed hamlets built on stilts, each with its own private terrace. 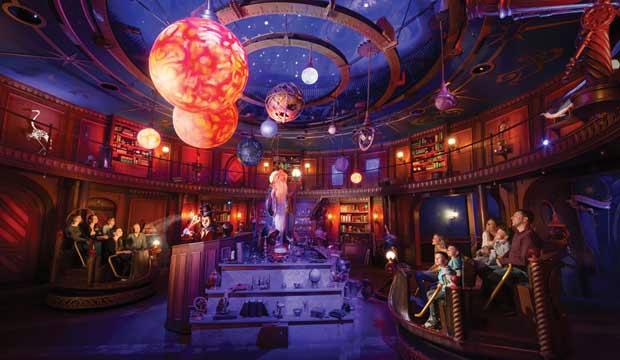 When you hear parents' viewpoints on Efteling, they range from "better than Disney" to utterly "brilliant" - and that's not even taking the kids' opinions into account. This fantasy-themed amusement park in Holland has fairytale rides like the newly opened, Brothers-Grimm inspired The Six Swans, in the Fairytale Forest, where visitors can ride a boat or walk on foot to meet the Princess Elisa. Surrounded by hundreds of shimmering flowers in a castle, she's been forbidden to speak for six years and is doomed to sew shirts from flowers in order to break the swan spell her brothers are under.

There are plenty of thrill-seeking attractions at Efteling, too, like the terror-inducing Baron 1898, which has a 120-foot face down free-fall drop, or the trackless haunted house ride Symbolica. Children also adore the wooden Joris en de Draak rollercoaster.

It's a place where fairies are real, steam trains are the preferred mode of transport and bins are designed to resemble giant-cheeked paper eaters who shout for you to throw paper rubbish into their giant gobs. What's not to love? 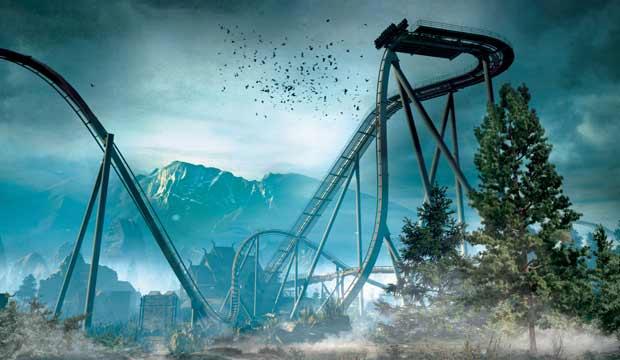 It's possible that everything is better in Sweden, and Liseberg certainly won't disprove that theory. The park opened nearly a century ago and regularly draws in a few million visitors a year; in addition to spinning carousels and mega coasters, there are 17th century gardens and fantastic concert venues which have hosted the likes of The Rolling Stones.

Roller coaster lovers need to check out the Helix, the longest roller coaster in Scandinavia, which travels up to 100kph - don't worry, it's over in under two minutes - while the AeroSpin is a fun flight adventure 35m above the park and Valkyria (pictured) is Europe’s longest dive coaster. It has a vertical drop of nearly 50 metres and propels you into an underground tunnel while zooming at 105kph. There's plenty for younger kids, too, like spending the day bunny hopping in Rabbit Land. 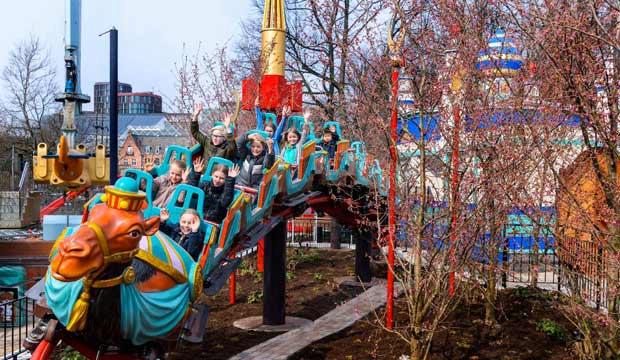 Part pleasure gardens, part amusement park, Tivoli Gardens is said to have inspired Walt Disney's famous theme parks. The Copenhagen destination (a few minutes' walk from the central train station), has something for everyone, including an extensive music, theatre and dance programme, vintage fairground, gardens and fountains to explore and rides, rides, rides (new rollercoaster Mælkevejen is one to look out for) as well as countless restaurants for a bite.

The atmosphere is magical and it says a lot about the ambiance of the place that you're just as likely to find a 60-year-old wandering around as a six-year-old. Tivoli Gardens offers a wondrous escape from the city without leaving the city, and is worth a visit for a wander around the gardens alone. 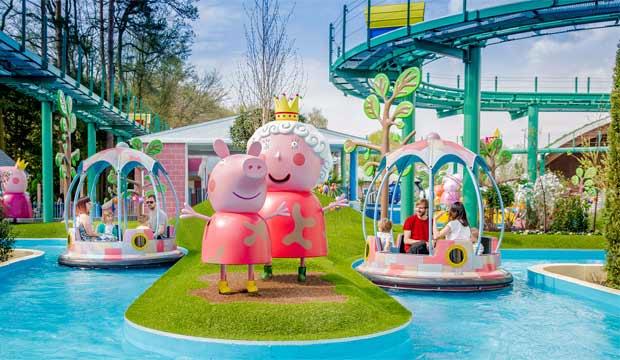 Paultons Park, home of Peppa Pig World, is regularly voted the UK's favourite theme park. There are over 70 rides and attractions (including nine Peppa-themed rides that little ones can't get enough of, and plenty of muddy puddles to jump into).

In May 2020, a huge new attraction, Tornado Springs, based on 1950s Americana, is opening up and will feature exciting new rides like the Storm Chaser rollercoaster, a free-spinning ride travelling up to 20m above the ground (it's the first of its kind in the UK) and The Cyclonator, a gyro swing pendulum ride. Until then, catch us relaxing in a boat on Grampy Rabbit's Sailing Club ride. 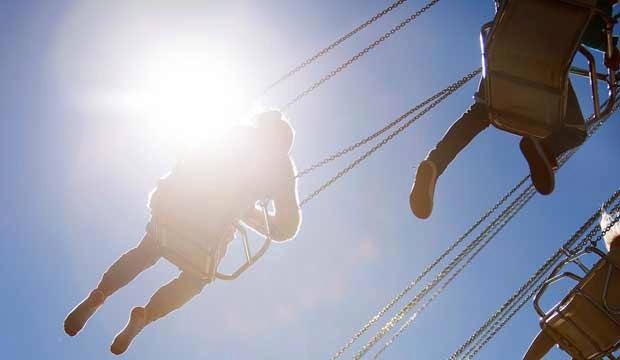 Good things come in small packages, like Gröna Lund, located in Stockholm's Djurgården Island. The picturesque spot has 30 rides to enjoy, with something for everyone, from the Eclipse, which sees you soaring above Stockholm at 43 miles per hour to the super-spooky House of Nightmares.

There are also restaurants and entertainment aplenty, with children's performances and evening concerts from musicians like Hozier and 90s favourites, Stone Temple Pilots, Smashing Pumpkins and Weezer.