The Secret Life of Pets 2 preview

The Secret Life of Pets 2 lands in cinemas just in time for May half-term.

The Secret Life of Pets 2 is hitting cinemas next month and Illumination has just released the first full trailer for the film featuring our favourite animated pets (we've been loving the character teaser trailers they've dropped so far).

The film includes the voices of Patton Oswalt as Max the dog, Kevin Hart as Snowball the bunny, Lake Bell as Chloe the cat, Jenny Slate as Gidget the pomeranian, Tiffany Haddish as Daisy the shih tzu, Eric Stonestreet as Duke, Ellie Kemper as Max's owner, Katie, and Harrison Ford as Rooster, the sheepdog who's on hand to offer plenty of self-help and self-confidence tips.

The sequel to the mega-high grossing 2016 film focuses on the emotions the pets experience, with a scene in the trailer showing Max being taken to the vet after fretting about protecting the young human in his life, his owner Katie's toddler son, Liam, who is starting preschool.

Snowball's still kind of loony: this time around, he's channeling his superhero side and, after new arrival Daisy asks for his help on a dangerous mission, he'll have to be the hero he's hoping to he really is. As for Gidget and Chloe? Expect antics, laughs and plenty of adventure. We can never look at Fido the same way again.

Check out the trailer below. 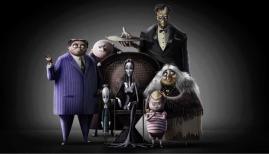 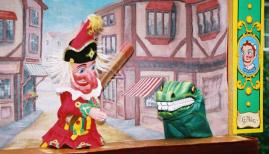 Covent Garden May Fayre and Puppet Festival, St Paul's Church Garden
Sign up to CW’s newsletter
By entering my email I agree to the CultureWhisper Privacy Policy (we won`t share data & you can unsubscribe anytime).
1