All aboard: Wendy Cope's beloved River Girl poem takes to the Thames in a Puppet Theatre Barge performance

TRY CULTURE WHISPER
Receive free tickets & insider tips to unlock the best of London — direct to your inbox
Our story begins when the river girl Isis meets, and subsequently falls in love with a mortal poet struggling to fill his notebook on the shores of her river. She begs the powerful Father Thames to free her so she can follow her dreams.

Married bliss doesn't last long, and things soon start to go wrong. Isis has been pushed to the side. Her husband, John Didde, has become poet du jour after his book was accepted by a major publishing house. Isis becomes increasingly frustrated as the his affections wane, and begins planning an escape strategy to return home to the River Thames. 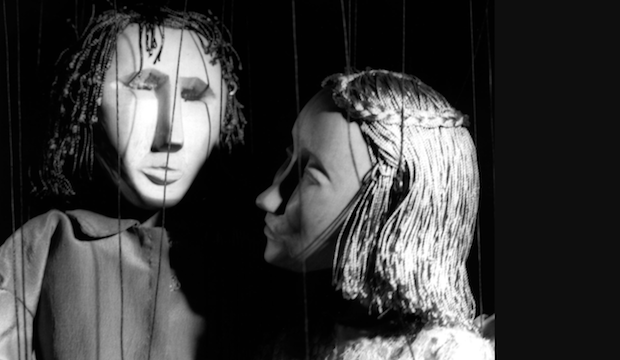 Directed by Rob Humphreys, the story is masterfully told through marionettes controlled by Kami Clifton, Kate Middleton, Stan Middleton, Bridget Whiting, and Soledad Zarate. Animating the poem and perfectly punctuating Cope’s one-liners, the story of the love affair is told in such a way it appears that there are no strings attached - on the stage, at least.

The River Girl comes alive on the atmospheric Puppet Theatre Barge. Guests cross the gangplank and climb aboard the cosy boat, descending to a 50-person theatre located in a cabin beneath the water line. As the curtains open, the intimate stage transports you to an underwater world of enchantment, but the boat stays docked.

The River Girl deals with the uncomfortable way male artists treat their female muses through humour, acerbic wit, and fanciful puppeteering. With dazzling effects and a running time of 60 minutes, fans of claymation films like Coraline or The Corpse Bride will enjoy seeing the modern love story told floating on the Thames - the very river whence the River Girl came. 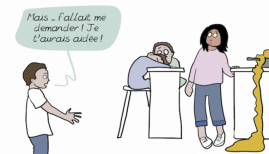