Come autumn, there'll be yet another reason to visit the Science Museum, Science City 1550-1800: The Linbury Gallery, a new gallery dedicated to exploring how London revolutionised science between 1550 and 1800.

The free space is over 650 m² and takes you through London history with artefacts from one of the most exciting periods in scientific development, including objects like Sir Isaac Newton’s famous work, Principia Mathematica, Robert Hooke’s microscope - which revealed the secrets of the natural world - and objects commissioned by King George III, in his investigations of scientific principles.

In other words, expect lots of cool globes and telescopes, including a celestial globe from 1599, designed by cartographer Willem Janszoon Blaeu, which greets visitors upon entering the gallery.

The gallery was designed by artist Gitta Gschwendtner and depicts a cityscape, the ideal backdrop against which to showcase London's transformation into an epicentre of trade and scientific innovation, and the site of groundbreaking scholarship and discovery. The new gallery features objects from three top scientific collections: the Science Museum Group Collection, the King George III collection owned by King’s College London and the collection of the Royal Society.

The Science Museum is working in collaboration with youngsters in the city aged 15-25 in conjunction with the gallery opening, to create films, art and performance pieces.

Until then, get your science fix with Top Secret, the Science Museum's upcoming exhibition opening 10 July, 2019, a dream come true for any spy enthusiast. The exhibition explores 100 years of GCHQ, with spy craft from the First World War through the Cold War on display. An interactive puzzle zone turns kids into codebreakers.

See you again on September 12 - we can't think of a better way to ease them back into school. 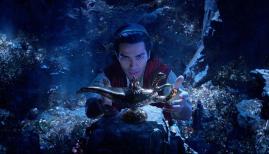 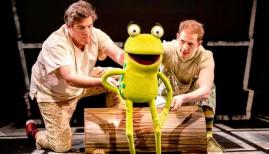