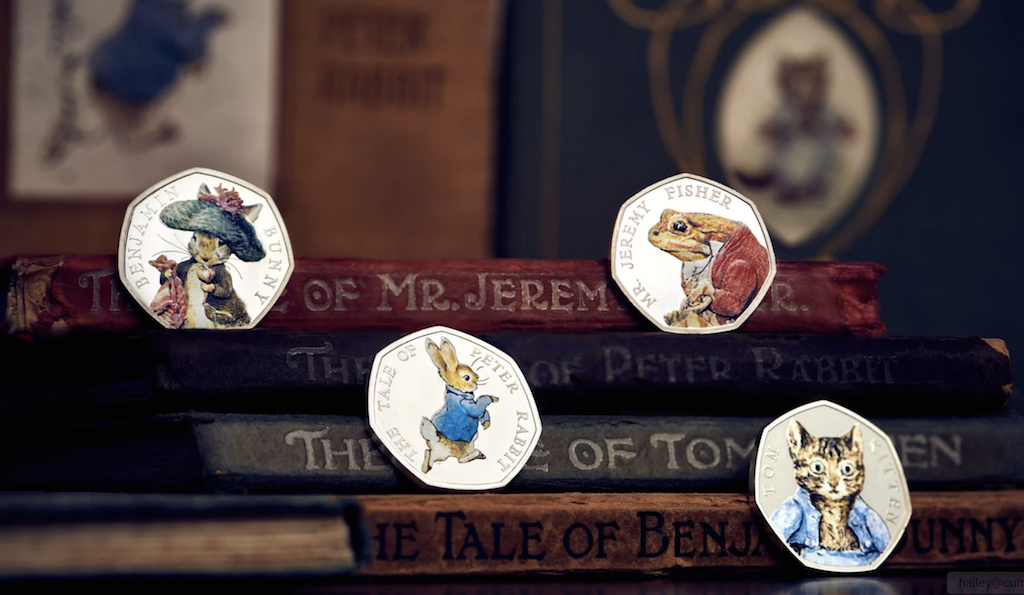 Four brand-new, colourful 50p coins are set to drop throughout 2018, and we want them all. The Mint revealed new colourful designs depicting beloved characters like Flopsy Bunny, the Tailor of Gloucester, Mrs. Tittlemouse, and produce pincher Peter Rabbit himself to the public on Monday 19 February. 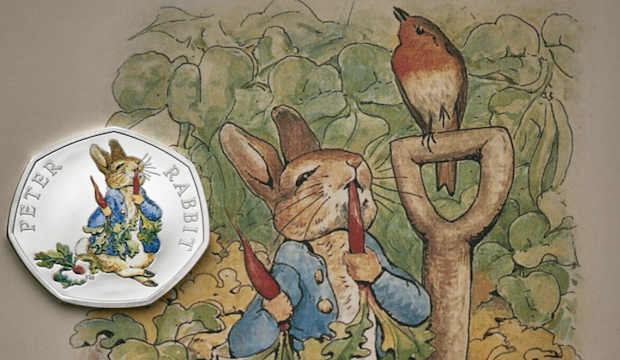 The Peter Rabbit coin is already available to purchase online from the Royal Mint website. Retailing at £60 per cute coin, we encourage you not to spend them all in one place.

The other coins will be released on a monthly basis, supplementing earlier designs that launched in 2016. The series of coins commemorate the 150th anniversary since Beatrix Potter's birth. The original set featured images of Peter Rabbit, Jemima Puddleduck, Squirrel Nutkin and Mrs Tiggywinkle. 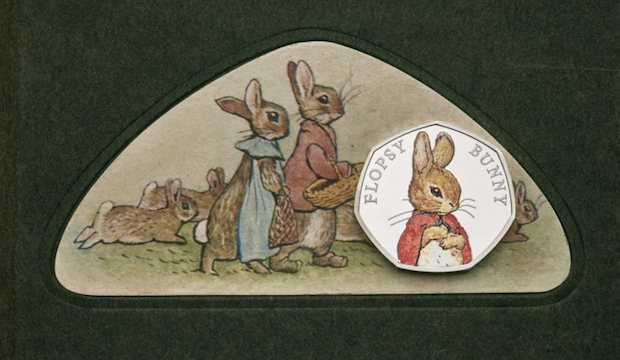 The collectable colourful coins famously crashed the Royal Mint website when they were first announced and sold out within days. It's easy to see why: each image embossed on the side of the coins is a faithful recreation of the original hand-painted illustrations that appeared in the books upon their first publication. We'd recommend ordering the limited edition coins as soon as possible to avoid disappointment. 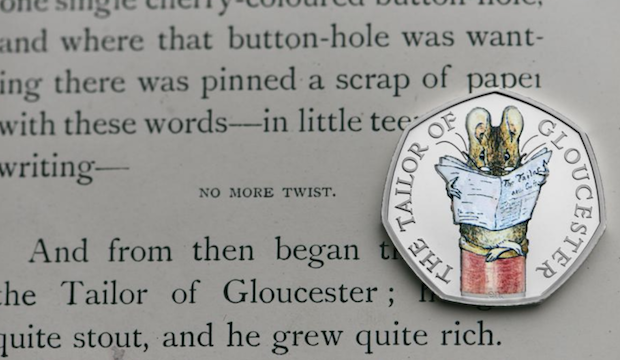 A new coin featuring Beatrix Potter character the Tailor of Gloucester (Royal Mint).Available to purchase from the Royal Mint Website in April

If you can't afford to spend all your cash on coins, don't fear: uncoloured 50p coins bearing the new designs will be released into general circulation. If you're looking to celebrate Peter Rabbit in all his vegetable-hoarding glory, be sure to stop by Kew Gardens this March for their Peter Rabbit Easter Festival.

If anyone plans to heist the Royal Mint à La Casa De Papel we beseech you: wait until work on these commemorative coins is complete. 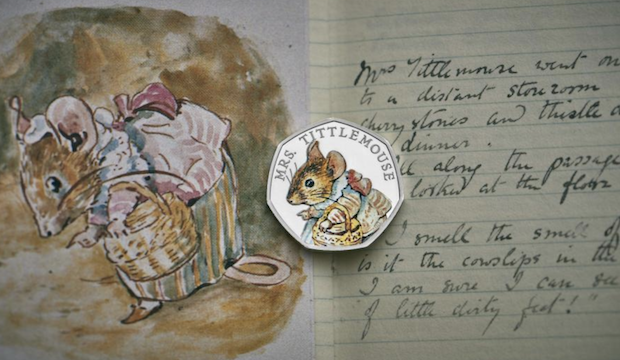 A new coin featuring Beatrix Potter character Mrs. Tittlemouse (Royal Mint).Available to purchase from the Royal Mint Website in May