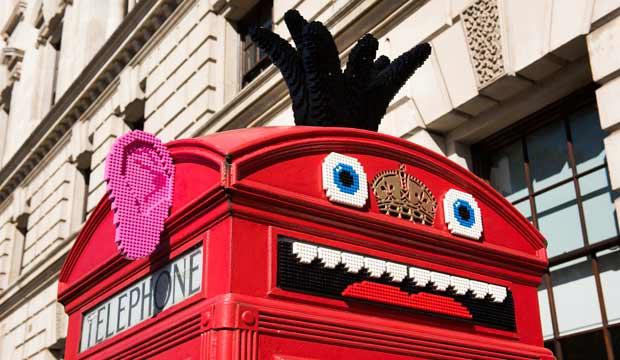 LEGO's Rebuild the World campaign offers a playful twist on the iconic red telephone box
LEGO has always been about nurturing creativity through play and inspiring the next generation through their colorful characters and bricks with infinite building and playing potential.

For everyone's favourite toy brand's latest campaign, Rebuild the World, LEGO has given children the chance to reimagine and rebuild London's most recognisable architecture.

Across London, you can see LEGO bricks in action, turning a red phone box into a silly-faced character, adding a fish, globe and rainbow to Tower Bridge's Girl with Dolphin fountain and making Piccadilly Circus' Shaftesbury Memorial Fountain come even more alive with the presence of a giant brick shark, dolphin and crocodile. 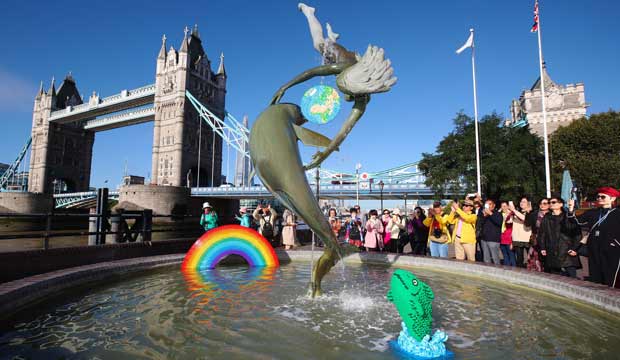 The Girl with Dolphin at Tower Bridge. Photo: LEGO

LEGO hasn't just taken over London with its colorful, architectural reworkings: check out the Birmingham Bull statue, Lighthouse in Cardiff's Roath Park, Robin Hood statue in Nottingham and St. Peter's Square in Manchester, which have all had playful brick makeovers.

While the Rebuild the World campaign certainly makes a visual statement, it's also about championing children's creativity and encouraging their unique creative problem solving skills and ability to see the world from a different perspective. This isn't just relevant for kids' play, but also for the future: according to The World Economic Forum Future of Jobs Report, creativity is a top-three skill for the job market from 2020 - and 70% of UK business leaders agree it's an essential one, according to new research from The LEGO Group. 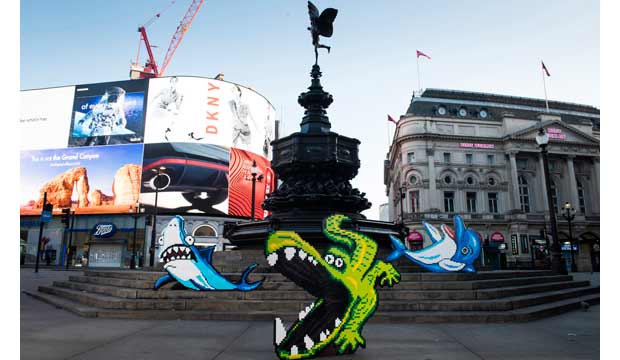 Alongside the campaign, LEGO will be launching Rebuilder workshops and challenging kids to build their own replicas of buildings or animals, or to build whatever they fancy, and then share their creation on LEGO Life or social media (if you're 13+), using the hashtag #RebuildTheWorld.

Time to get brick-spotting... and building.