It's a bird! It's a plane! It's Laika, the first creature to orbit the earth, coming to the Unicorn Theatre

2 CW readers are interested
Review: Laika, Unicorn Theatre 3 Review: Laika, Unicorn Theatre Hailey Wendling
Before Neil Armstrong took one small step for man (and one giant leap for mankind), there was Laika, the first ever animal to orbit earth. Her true story is both inspirational and tragic: the dog was plucked from a Russian gutter and sent into space aboard the Sputnik 2. It was a mission from which she would never return.

TRY CULTURE WHISPER
Receive free tickets & insider tips to unlock the best of London — direct to your inbox
Strap in, because Laika is touching down at the Unicorn Theatre. When the lights open, Laika – played by an impressively convincing Josie Daxter – bursts onto Verity Quinn’s sci-fi set, pursued by two overzealous Unicorn ushers. 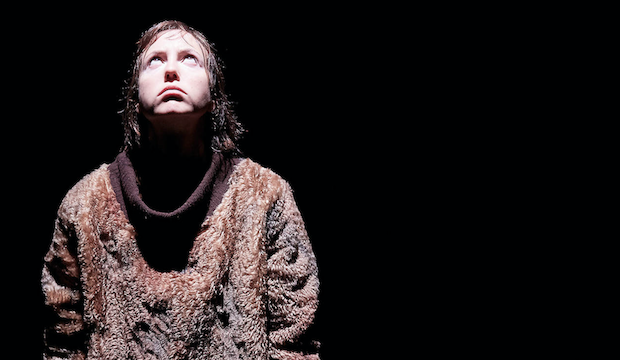 The story of Laika, the canine astronaut, is told alongside that of Sami (Nima Taleghani) and his mum, Val (Anna Martine Freeman). Val is also an astronaut, preparing to make history by leading the first expedition to colonise Mars. Her and young son live in the space station, and Val is also preparing Sami for the possibility that she won’t return from pioneering the colony by introducing him to Laika’s story.

The tale of the ‘dog chosen to walk amongst the stars’ isn’t necessarily a happy one, but Laika imparts the seriousness of the subject matter without sacrificing fun.

Val and Sami’s story is peppered intermittently with historical flashbacks to Soviet Russia, where Laika is chased through the streets and subjected to tests to determine if she's fit for space travel. She occasionally appears in Sami's room as a kind of imaginary friend.

Parallels are drawn between Laika and Val as both prepare to blast off into the great unknown, and, subsequently, the history books. This is most successfully accomplished in a training montage that makes ample use of physical mirroring on stage, but the entwined plot lines never fully merge into one story. 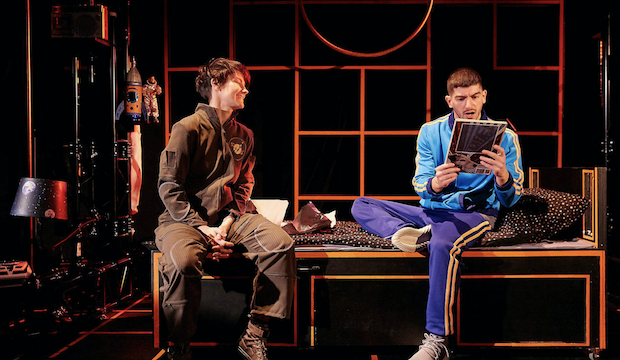 Josie Daxter steals the show with her portrayal of Laika. From the moment she bursts onto the stage, every step, sniff, and scratch is immediately evocative of dog. Her celestial canine has a character young theatregoers can easily connect with, and may just be the most relatable fictional dog since Doug from Up.

Compared to the captivating Laika, though, the Sami and Val plot feels extraneous and tacked onto the incredible of the space dog. This is by no means mitigated by the frame story, which sees a dog loose in the Unicorn Theatre being hunted down by a bazooka-wielding usher. Although hilarious, the bit is dropped halfway through the performance.

The Unicorn Theatre’s production of Laika teaches children about the perils of space travel and animal testing in one fell swoop. The moving adventure is an emotional journey for science fiction fans and dog lovers alike. 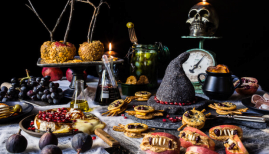 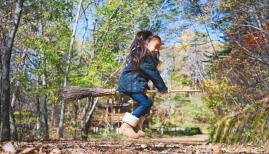 Best things to do with the kids this October in London 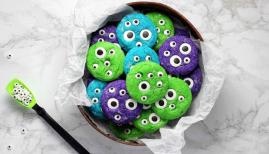 Creep out the Kids: London Halloween 2019