Hoxton Street Monster Supplies lets kids stock up on monster essentials - and nurtures a love of writing through its charity, Ministry of Stories 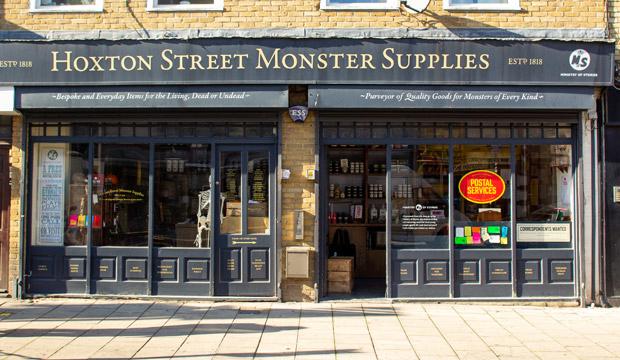 Hoxton Street Monster Supplies is a monster shop and creative writing charity in one
Monster season, aka Halloween, is drawing near, but spooky treat shop Hoxton Street Monster Supplies is a must-visit no matter the time of year. That is, if you're a parent who wants to inspire their child's imagination, get them eager to write and invent stories or even placate them with a sweet treat. So that's pretty much all of us then, right?

There are some conflicting tales about how the shop came about. According to monsters, it was founded by Igor in 1818, after he fled Bavaria. To ingratiate himself with London's monster underworld, he started supplying all sorts of monster essentials: cubed earwax, salt made from tears of sorrow, dragon treats, toasted bone chunks. Handily enough, these essentials (mostly foodstuffs) are all on sale for you and your children to stock up on now, much to the dismay of the monster community - they're also furious that all proceeds from the shop go to the creative writing charity, Ministry of Stories, located behind a file-cabinet trompe-d'oeil door in the shop. 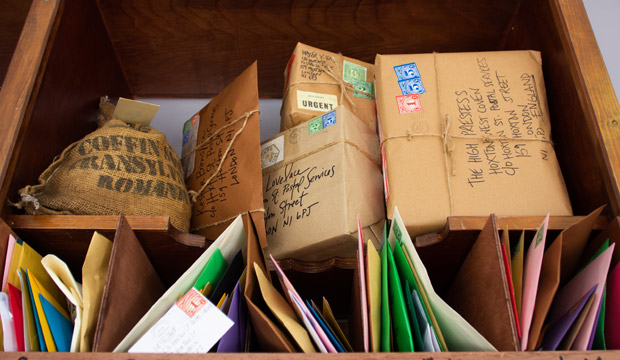 There are lots of reasons to visit Hoxton Street Monster Supplies: a few minutes in the shop is sure to ignite every child's imagination with the curious, spooky, macabre and funny items available to buy (the top row of shelves, containing different blood types for drinking, damsel hair, flayed skin, fresh farts and more, is only available for purchase to monsters, not humans).

The shop's postal service is set up so children can write letters to monsters - and adults are loving it, too. For £5 (£6 if you want the letter sent home, and £2 if you live in the catchment school area nearby), you can write (or draw) to any monster and get a reply within a few weeks' time. There's a dedicated team of ghostwriters responding to each letter, so your child will get a bespoke answer from the yeti, vampire or mummy they've addressed. While they're busy writing their correspondence in the shop - colorful stationery, etc. is included in the cost - listen out for the invisible cat.

Ministry of Stories: the charity

The postal service concept links the retail enterprise with the charity behind the shop, Nick Hornby's Ministry of Stories, a writing and mentoring space for children eight and up. While the school workshops and after-school and Saturday classes are primarily for children attending schools in the area, Ministry of Stories does occasionally team up with other schools to offer after-school creative writing clubs (we've seen them in south London).

The impetus for the charity-slash-shop came from American novelist Dave Eggers, who had a moment of staggering genius when he decided to open up creative writing charity, 826 Valencia, in San Francisco, and could only find a space with a retail component requiring him to sell something - he opened up a pirate supply shop. There are now some pretty exciting enterprises like this - Time Travel Mart in LA is another, as is Brooklyn Superhero Supply Co.

The charity runs a mix of story-making sessions, comic-book courses, Gothic writing classes and more, and the best part is that children - many of whom never considered themselves to be writers before setting foot in the space - leave these sessions or courses with a published book that they've created, as well as the confidence to keep writing. Typically, there is a mix of group and individual work, and a volunteer illustrator will often come in and help bring the story to life. The philosophy is very different to school's emphasis on punctuation, spelling and grammar: this is about showing children that there is a writer in all of them - the other stuff will come later. 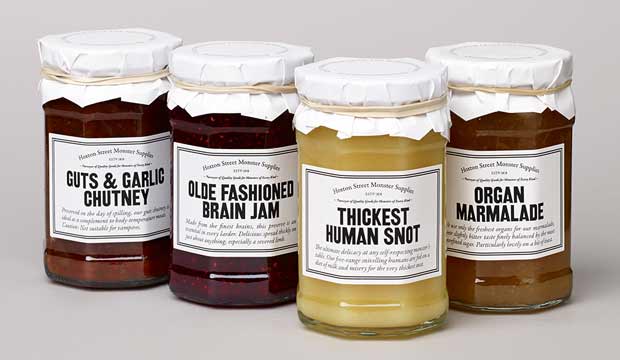 Working with Ministry of Stories

There are over 200 active writing mentors at the charity. To become one, you just need to enjoy working with young people, be a good listener and know which questions to ask to get children's best ideas down on paper. It's a great opportunity for recent graduates who might be interested in working with children (you'll get DBS-checked) or those who want their first work experience. Teens 16+ can apply - and they'll find that they'll be volunteering alongside many full-time teachers, who love to come in and mentor on Saturdays.

In addition to sorting your Halloween, Hoxton Street Monster Supplies has Christmas in the bag - Petrified Mice or Bah! Humbug mints, anyone? For those looking for the souvenir that combines both monsters and fabulous writing, the 10 different types of tinned fear available for purchase (for kids and adults) - from a vague sense of unease to mortal terror - include boiled sweets as well as a special story written by a best-selling author like Nick Hornby, Zadie Smith or David Nicholls.