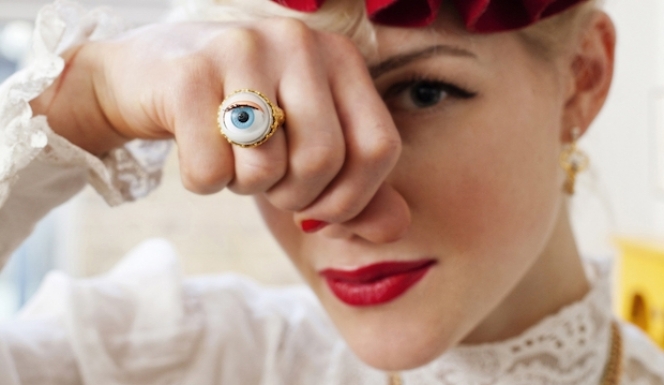 Jeweller Jessica de Lotz: My London Cultural Life
Jessica De Lotz is on the rise. Jewellery designer par excellence, she has collaborated with some big names, including Peroni and Smythson (for the latter her collection was created to commemorate of the Royal Wedding). De Lotz has won a number of awards for her work. She's stocked by the likes of Fortnum & Mason and runs her own workshop in Clerkenwell, where she makes all of her jewellery.

Growing up in her father’s antiquarian bookshop, which she describes as having had ‘books for wallpaper’, Jess became fascinated by the significance of objects. The reverence for history that characterised her childhood is one of the reasons why her hand-beaten rings and necklaces have such a personal touch.

Her father was very resourceful. ‘He’s still using a typewriter!’ she laughs. The influence of such eccentricity in her early years has given her a taste for the vintage, the unusual. ‘He was also very precise,’ she says, ‘he used to package all his books carefully, to preserve them. That’s why I started valuing antiques. Packaging became a really important part of my art…there’s something innate in me to both collect and preserve.’

All of Jess’s pieces differ slightly; they’re made in-house in the studio, and she makes sure to do all the finishing herself, so she has a hand on every piece that leaves the studio. We asked Jess to tell us the story behind one of her pieces.

‘For my new collection I’ve collaborated with tarot card reader and life coach Louise [Lulu] Androlia [As Above, So Below] Lulu does illustrations, specifically these beautiful interpretations of zodiac signs, which we’ve engraved into a seal, as I would normally have done with initials. One of my favourite pieces is the Moon Seal necklace – it’s a moon and star seal set with diamonds, and has two dancing hands that hold the moon. I like that it shows our different backgrounds – for this piece I took inspiration from this photograph I found of a clown from the forties, which we called ‘Celeste’. She’s wearing pantaloons, and it’s her hands that are cupping the seal. So even though it’s got references to Lulu’s mindfulness, it’s actually got the hands of this little 1940s clown.’ 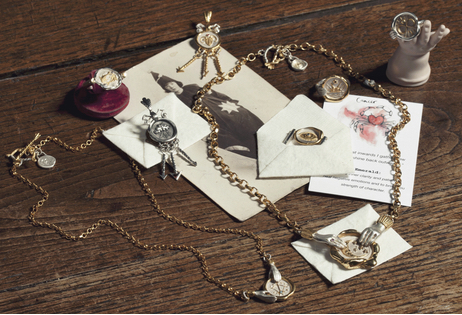 I love the British Museum. I like to go there alone, have a bit of a wander and get lost in it.

At the moment I’m really into Vivetta, the new label from Italian fashion designer Vivetta Ponti.

I live with my husband Nate in Tuffnell Park. There are so many great new cafés and restaurants suddenly springing up around here. Our favourite would probably be the Junction Tavern, or the Bull and Last on Parliament Hill. Other favourites are Or Nuraghe or some taste Sardinian.

I was treated to a 14 course taster menu at Heston's Fat Duck for my birthday and it was one of the most memorable food experiences i've ever had. For someone who makes narrative based jewellery, the possibility of extending this to what we eat (which is Heston's goal) is very exciting for me.

I’ll be celebrating my 30th birthday at the King’s Head on Saturday, on Kingsland Road, and it’s definitely a hidden gem inside: from the outside it just looks like an Irish Pub.

My sister runs an incredible coffee shop with her business partner. It's called Mouse and De Lott, on Shacklewell Lane, and it's got a real community feel.

I love Gordon’s wine bar (when you can find a space!) It’s atmospheric, dark and snuggly. It feels like everyone there’s on a first date. Actually, on the flipside, for a second date I’d say Rowans Bowling Alley in Finsbury Park - they also do karaoke! Or a trip to The Comedy Store, always a win-win, you can test their sense of humour and you’ll always have something to talk about afterwards, be it good or bad.

Best place to propose?
Nate proposed to me when we were in Florence. We were looking over Pizzale Michelangelo, which is probably the most beautiful view in the city. It was funny because three months before we went, we were asked to do some modelling by the Body Shop, for some lip balm. Our casting role was just to kiss in front of the agents and in turn he became the 'kissing couple' for the ad. The money we earned from it paid for our trip to Italy, which is where he ended up proposing! 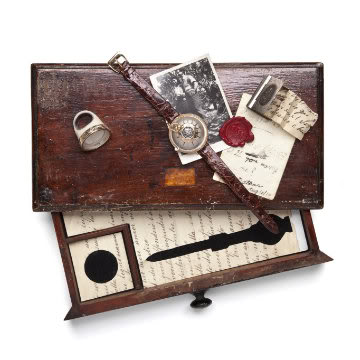 Jess also collaborated with Peroni in 2012 to create something that represented 100 years of Italian Style. The finished piece was a watch inspired by the vintage bicycle bells on the bikes she and Nate rode through the streets of Italy. 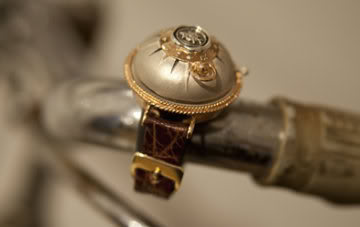 I've taken my niece and nephew to an art shop in Chalk Farm, opposite the Roundhouse, called Slanchogled. It’s the kind of place I loved to go when we were younger, I used to love making pottery, but they’ve got so expensive! But in this place, you can make wooden initials for £1.50. It’s fantastic. I'm also very excited to see Paddington when it comes out!

I’ll be at my open studio in Clerkenwell: it runs from Thursday 25th to Sunday 28th of November. And next week I have a launch party at Celestine Eleven in Shoreditch.

There’s a French restaurant, beside Bob Bob called Café Gourmand. It’s gorgeous, the owners used to be sommeliers. It’s looks just like a set in ‘Amelie’, full of lovely candles. I went there the other day with a girlfriend who looks just like Audrey Tautou.

My absolute favourite, however, is Wheelers in Whitsable or Wyatt and Jones in Broadstairs, Kent. You can't beat a seal view and the freshest fish. 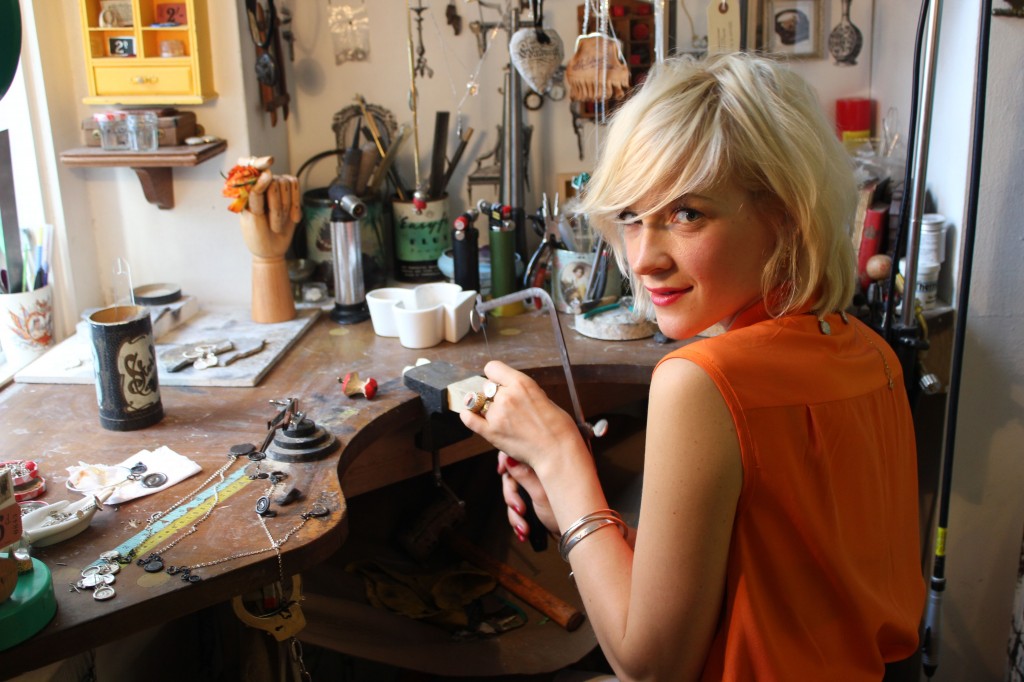 Selfridges, all the way.

The Royal Opera House. My aunt and uncle used to take me there with my cousins. It’s a really special experience, but actually, Sadler’s Wells is even better. I’m a member there and I love it.

Artisan cocktail or a pint of bitter?

A mixture of both. When Nathan and I went to this travelling food festival in Tobacco Dock, called Feast, we had this amazing duck burger - topped with crispy skin and goat’s cheese - at a street vendor called Frenchie’s. I can still taste it!
(Frenchie's are running a stall at this year's Real Food Christmas Market - their duck-fat cooked chips are also a must. Read more about the market in our Christmas events for foodies round-up.)


Culturewhisper members can get an exclusive 10% discount on all of Jessica's jewellery. She's also running a 'twelve days of Christmas' discount, which can give her twitter followers up to 20% off a selected piece each day. Follow her here.