Sadler's Wells' Digital Stage In Focus will run throughout the autumn and include bespoke collaborations with three diverse companies, as well as one live show

Sadler's Wells Digital Stage In Focus will run throughout the autumn and consist mainly of a series of bespoke digital collaborations with three very different associate companies, in programmes designed to immerse viewers in each group's very specific creative process.

The three troupes that will take over Sadler's Wells Digital Stage for two weeks each are Hofesh Shechter Company, ZooNation: The Kate Prince Company and Candoco. Here's a taster of what the season has in store.

First off is Hofesh Shechter, whose digital takeover will run from Monday 14 to Friday 25 September.

Shechter has developed an enthusiastic, mostly young, following for his trademark, high-energy performance style, which plunges dance into the atmosphere of pop gigs, performed to pounding scores more often than not composed by Shechter himself.

The centrepiece of his collaboration is an on-demand screening of his work Grand Finale, which was performed at Sadler's Wells three years ago. You can read Culture Whisper's review here.

Grand Finale will be streamed on Thursday 17 September at 7pm and be freely available for seven days after.

And from Monday 14 September the Hofesh Shechter Company will be running a Get Into Dance Workshop, which will give virtual participants the chance to explore the company's distinctive movement style.

Finally, there will be an opportunity for viewers to immerse themselves into the creative process with Moving Through Hofesh Shechter's Grand Finale. Viewers will be able to access two films, each of which explores in depth one section of the work.

'Rave' will be available from Friday 18 September,

The next digital takeover belongs to ZooNation: The Kate Prince Company, bringing the irrepressible energy of hip-hop to our screens. 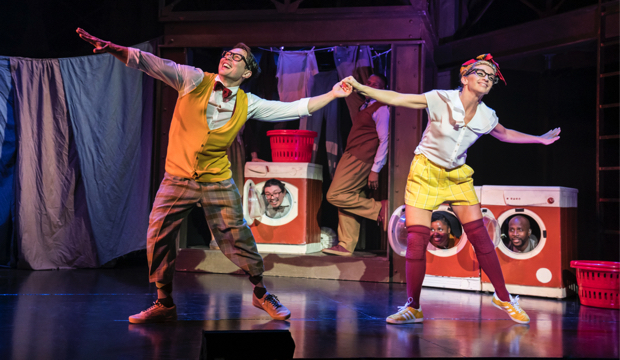 ZooNation, Some Like It Hip Hop. Photo: Johan Persson 2019

Starting on Thursday 22 October at 7pm and available for seven days afterwards, ZooNation present their smash hit Some Like It Hip Hop.

Inspired by the classic Hollywood film Some Like It Hot and Shakespeare's comedy Twelfth Night, this hardy perennial, which has been going strong since its debut in 2011, tells a vibrant story of love, mistaken identity, cross-dressing and revolution. In the unlikely event that you missed it, despite its various outings over the past decade, we urge you to watch it now.

Candoco will present one of their most thought-provoking pieces, Hetain Patel's Let's Talk About Dis. 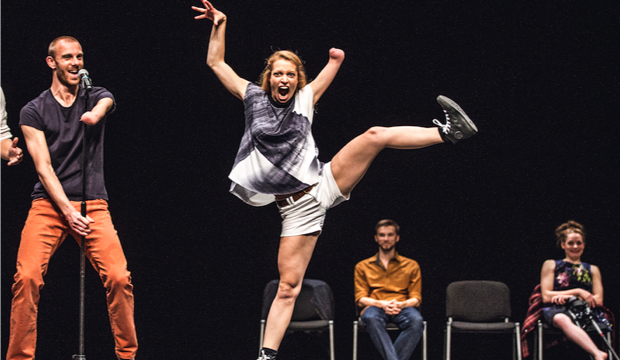 An exploration of identity and political correctness, which was performed in 2018 at Sadler's Wells, where Patel is a New Wave Associate, Let's Talk About Dis exposes hidden prejudices through humorous and intimate choreography.