Nick Cave: 20,000 Days on Earth and a remarkable career

A quasi-documentary following a day in the life of Nick Cave, 20,000 Days on Earth, airs this September. James Stanfield gives us a catch up on his career. 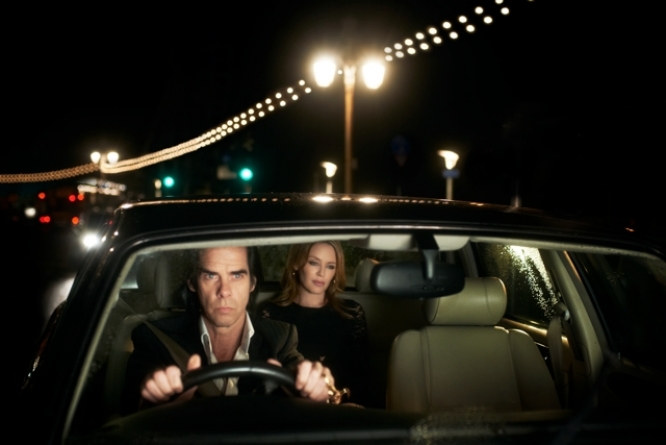 Nick Cave: 20,000 Days on Earth and a remarkable career

A quasi-documentary following a day in the life of Nick Cave, 20,000 Days on Earth, airs this September.  James Stanfield  gives us a catch up on his career.

Nick Cave: Sundance star, novelist, and above all one of rock ‘n’ roll’s most unpredictable and iconoclastic frontmen. It is fitting, then, that with this film about his career by directors Iain Forsyth and Jane Pollard, Nick Cave stars in something rather more experimental than the usual music documentary. 20,000 Days on Earth , which is set for UK release on September 17, occupies a strange hinterland between fiction and reality, poised between day-in-the life style documentary and dramatic character study.

The film was warmly received at Sundance Film Festival, and in anticipation of its release, we decided to take a look back over Cave’s remarkable career.

Nick Cave’s music has taken many forms over the years: deranged post-punk, delicate balladry, and raucous garage rock, to name but a few. However, for all its variety, his musical output is unified by its dark lyrical content, its heavy religious overtones, and above all a perverse sense of grandeur.

Nick Cave first made his name as the frontman of The Birthday Party, the seminal post-punk outfit who began life as a high-school covers band called The Boys Next Door. Today, they are remembered for their minor masterpieces  Prayers on Fire and  Junkyard. Both albums are best described as unhinged; over loose rhythms and guttural bass-lines, guitars shatter and Cave spews vocals of such psychotic intensity that they feel genuinely dangerous.  A remarkable concoction of Goth and raucous Rockabilly, these albums also mark the inception of Cave’s distinctive, theatrical delivery, hinting at the grand, near-operatic offerings of his later career.

Nick Cave and The Bad Seeds

Out of The Birthday Party grew The Bad Seeds: the project at the centre of Nick Cave’s career. Their first album,  From Her To Eternity picks up where Junkyard left off; the howling vocals are still in place, as is the pounding bass, but the album is tauter and more concentrated than its predecessor. The title track is a particular highlight; its staccato rhythm and ferocious vocals provided a fitting soundtrack for the dizzying climax of the 1989 film by director Wim Wenders, Wings of Desire.

Over the course of the 1980s, The Bad Seeds went on to release four more albums. These ranged from a collection of covers entitled  Kicking Against the Pricks , which saw the band rolling out a particularly thunderous version of Velvet Underground’s ‘All Tomorrow’s Parties,’ to the melancholic splendour of  Your Funeral…My Trial . The band rounded off the 1980s with the masterful Tender Prey , whose opener ‘The Mercy Seat’, is arguably the band’s finest work to date: a potent combination of Old Testament imagery, haunting strings, and chanted vocals.

It was in the 1990s, though, that The Bad Seeds started to gain widespread attention. From 1994 to 1997, they released a slew of seminal albums; Let Love In was the perfect marriage of anguish and melodicism, Murder Ballads  a collection of devastating and bloodthirsty country songs, and The Boatman’s Call a delicate masterwork, containing ‘Into My Arms’, Nick Cave’s most enduring love-song.

Never content to rest on their laurels, The Bad Seeds continue their experimentation in the 21st Century. In 2006, members of the band formed Grinderman, a garage-rock side-project which reached peaks of noise unheard of since The Birthday Party. The project in turn re-invigorated the Bad Seeds, no doubt influencing the rougher sound of their 2008 release Dig, Lazarus, Dig!!!

Nick Cave is one of his generation’s most singular artists, and yet one of its most adaptable. He is still releasing albums, and last year’s Bad Seeds release Push The Sky Away saw the band weaving sparse and mysterious soundscapes.

He is also increasingly working across different media. He published his first novel, And The Ass Saw The Angel, in 1989, which shared his music’s preoccupation with the dark and the biblical. In 2008, he followed it up with The Death of Bunny Munro, a work of fierce satirical bite. He is also an accomplished screenwriter, providing the script for The Proposition , John Hillcoat’s experimental Western.

20,000 Days On Earth is poised to share much of its protagonists creativity and scope; it is set to be a fascinating tribute to this most remarkable of careers.