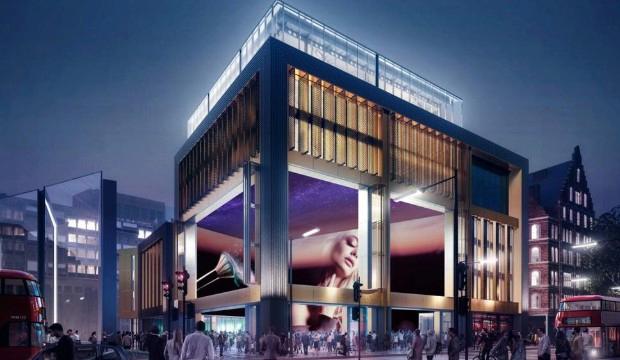 The Outernet: London's new live music venue
London's live music scene has been squeezed somewhat to the edges of the city. Sure, there are gems such as Brixton Academy, Ronnie Scotts and The Roundhouse, but increasingly the big gigs take place out in Greenwich's O2 area or the Wembley Stadium.

So we're intrigued by the prospect of a new events and live music space in Soho. Outernet London is a 2000-capacity space that is currently being built by Tottenham Court Road station and is due to open in 2020. It's an area with an illustrious music history: nearby Denmark Street, with its guitar shops and recording studios, was a favourite haunt of musicians from the The Rolling Stones to David Bowie.

And it's also strategically located by what will become the Cross Rail hub, where an interchange between Central, Northern and Elizabeth lines will see over 200,000 commuters passing through daily.

Outernet will the first of a string of sister venues scheduled for New York and Los Angeles. Described by developers as a 'cultural ampitheatre' the site will also house broadcasting studios, offices, residential flats, bars and restaurants (hopefully not just all the chains).

In an age gentrification, where Soho nightspots including Madame Jojo's and The Astoria were forced to close, it is exciting to see London's nightlife being celebrated by developers.