A new destination for electronic music

1 CW reader is interested
24-hour nightclub Fold, east London 24-hour nightclub Fold, east London Intern Culturewhisper
It’s a well-known fact that London nightlife is struggling. The closure and re-opening of Fabric in January 2017, for example, served as a stark reminder that London’s rave culture is under threat. The harsh security measures that accompanied the re-launch resembled the preamble to a long-haul flight rather than a party, and contributed to the framing of clubbing as an inherently suspicious activity. Though the drug-related casualties needed to be properly tackled, many argued that councils are scapegoating nightclubs in an attempt to attract investment from property developers. More and more regulations are encroaching on existing clubs: big-name electronic music venues such as Printworks and Tobacco Dock are now forced to put on early-start, early-finish events despite their potential for proper raves. Whilst 10.30pm finish times mean you can get the tube home, catch up on University Challenge, and still get a reasonably early night, it just isn’t the same as emerging from the club at 7am, blinking into harsh daylight, and questioning all your life choices.

TRY CULTURE WHISPER
Receive free tickets & insider tips to unlock the best of London — direct to your inbox
Cue Fold, the new venture from Shapes Collective, the organisation responsible for Hackney venue The Glove that Fits and the Many Hands studio in Bermondsey. Fold is London’s first clubbing venue with a 24-hour license. The action here centres around the venue’s 600-capacity main dance floor framed by a 110-decibel soundsystem, but other rooms are set to open later on this year. The opening party featured an endless list of London-based DJs and collectives to set a precedent for Fold as a quality destination for electronic music. 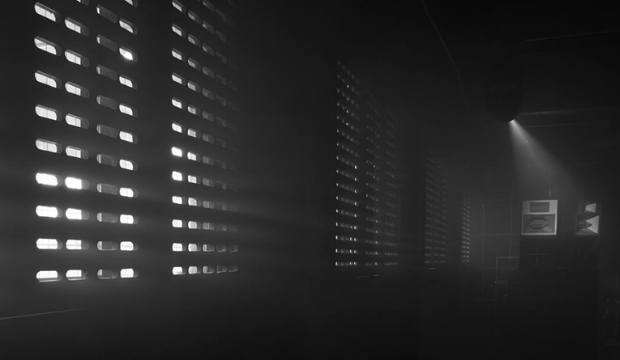 The location of the venue is strategic. East London – traditionally the nexus of London’s nightlife – is rapidly losing this status. In July, Hackney council approved a curfew for all new venues of 11pm on weekdays and midnight at the weekend, and in August, two Dalston institutions The Alibi and Visions Bar closed their doors for good. Luckily, Fold founders Lasha Jorjiolani and Seb Glover sought to turn this problem into an opportunity.‘It's sad that Hackney is being slowly wound up,’ said Glover in an interview with Vice. ‘For many years it has been the epicentre of vibrancy in the capital, thanks to its diversity and affordability. But saying that, London's boundaries will continue growing, and new epicentres will be created. It feels that London is in a new paradigm and is transitioning into a 24-hour city. Indeed, the venue is a 15-minute walk from Canning Town tube station, but is actually in an industrial wasteland – presumably the reason it was allowed to evade tight licensing laws and stay open for hours on end. However, the 24-hour parties will only take place on Saturdays, with Fridays going on ‘til late’ and mid-week raves finishing at 3am.

The club’s no-photo policy, and the locker room where you can store your jeans and change into an ensemble of leather strips, invites obvious parallels with the mighty Berghain in Berlin. So too does the club’s inclusive ethos, designed to be a safe space for the LGBTQ community, in attempts to parallel the rave culture in continental Europe. It’s early days, but Fold could just be what London’s electronic music scene has been waiting for. 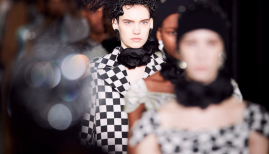 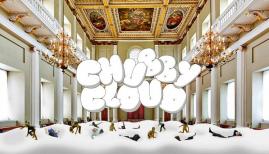