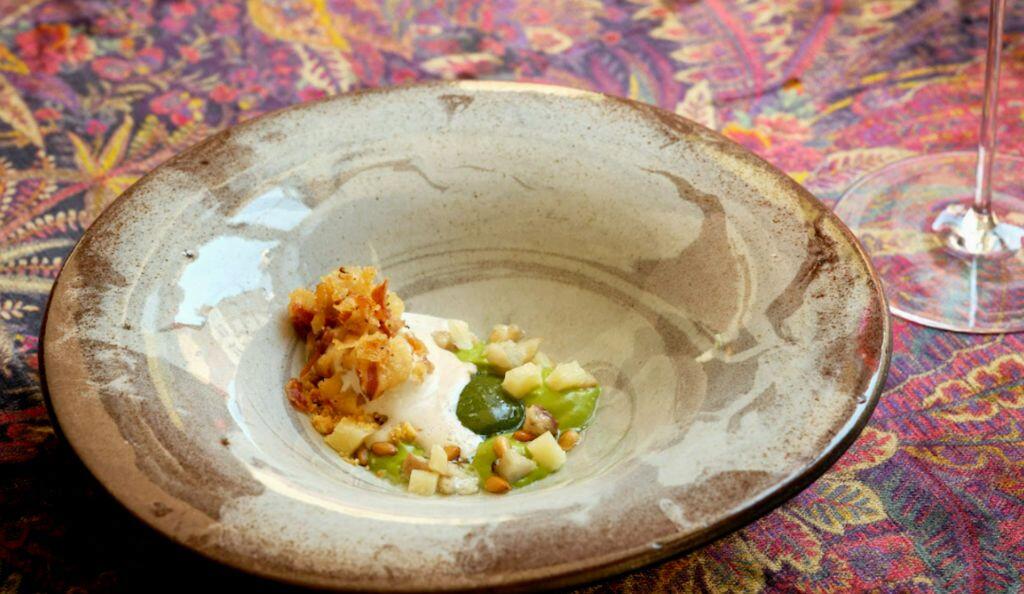 The Drunken Butler's Persian delights
I discovered the Drunken Butler on an early summer evening, just as a massive storm was breaking on Rosebery Avenue. As I rushed into the restaurant for shelter, I was welcomed by a kind smile and an overwhelmingly friendly atmosphere - a far cry from the stress of London life.

Tables covered with printed velvet fabric — all from Liberty — 1950’s chairs, family pictures hanging on the wall, I felt as if I had walked into the home of an intellectual family in Tehran in the 1970s.

The Drunken Butler is the brainchild of Yuma Hashemi, who after working in some of the best known Michelin starred restaurants, with their long hours and extreme working conditions, decided to go his own way, and bring Iranian cuisine and Art de Vivre — Yuma was born in Tehran and moved to Germany with his family when he was 4 — to a London audience.

He is joined in his endeavour by the delightful restaurant manager Sara. Together they have managed to create a unique place, where time is suspended and wine is aplenty.

The Drunken Butler invites his guests to experience a traditional Iranian Sunday family meal which is as much about enjoying some delicious food and wine as it is about a fine conversation with the host.

My meal started with a non-alcoholic Gin and Tonic, the best I have ever had — Yuma sources the wine and alcohol he serves with passion and attention to detail — followed by a perfectly crisp and tasty Caviar, Parmesan Curd and Burrata Croustade. The starters were superb, particularly the Spinach Borani and the smoked tomatoes with aubergine and scrambled eggs.

Another highlight was the Gheymeh — beef stew with yellow split peas — but my favourite by far was the traditional Tahdig: this typical Persian recipe, also called scorched rice, is cooked in a way that allows a thin crust of slightly browned rice to form at the bottom of the cooking pot. Hard to master, it is to Persian food what pasta is to Italian cuisine, with each family boasting their own savoir-faire. Yuma and his team’s version is outstanding and must surely be known to many Iranian expats in London.

The evening was a delightful and poetic escape to a nostalgic world where dining is as much about food as it is about conviviality and taking the time to share a good meal.
It left me longing for Persian shores…