Cinnamon Kitchen sits hits that sweet spot, with stylish interiors and casual all day dining merging traditional Indian flavours with British ingredients. Much like Dishoom, which seems to be opening new branches in every borough, it offers an affordable but innovative take on classic dishes such as tikka and dahl. The original restaurant in Devonshire Square was followed by a second in Oxford and most recently a third in the new river-side restaurant hub beside Battersea Power Station.

We reviewed Cinnamon Kitchen Battersea Power Station on an Wednesday evening and were surprised at quite how buzzy and busy it felt. The railway arch setting is all exposed pipes and bare bricks, with flatteringly low lighting, teal and mustard accents and an elegant marble bar. Smoke and spice drift through from the open kitchen at the back, and a suspended mezzanine space offers a memorable spot for private dining. 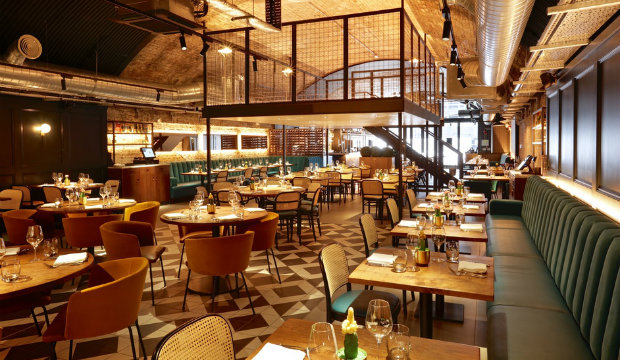 While the a la carte menu has much to tempt, it's the nine dish tasting menu that sets Cinnamon Kitchen apart. Kicking off with a cocktail and taking you through a feast of meat, fish, veggie options and plenty of sides, it's a delicious way of eating your way through all the highlights. At £39 per person it's also good value, and served up with old-fashioned charm courtesy of manager Harsh and the team of waiters.

Ultimately it's the balance and combination of dishes that makes this menu memorable, as new favourites such as Black Bream and Mango Cerviche intersperse classics such as Tandoori Chicken Tikka. The standout dishes include Chargrilled Pork Ribs, which were succulent and slick with honey glaze. Aubergine, which is so often served snottily overcooked, was tender but with enough and offset nicely with a nutty sesame crust and sharp tamarind sauce. And the 24-hour simmered Black Lentils are smoky and rich and so moreish we polished them off despite being a good seven dishes in. 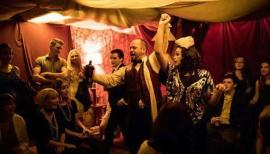 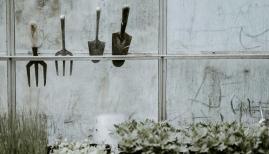 How to update your garden for winter