The space: The lively restaurant straddles bustly dining hub Kingly Court and Kingly Street parallel to it. There are two entrances. At the Kingly Court front there’s much hubbub, but if you enter from Kingly Street you’ll think you’ve stumbled into a restaurant in a rather quieter post code. Downstairs there’s a huge space for private dining, and upstairs the restaurant has a modest, functional look, where some tables have front row seats for the cocktail shaking at the bar.

The food and drink: We were back at this Soho institution because there’s a new head chef, so we worked our way through his new dishes rather than the time-tested ones. Jim Abbott takes more of a modern British angle on seafood, rather than the Asian one Wright Brothers is known for. Abbott has been inspired by his time in the kitchen at Hixter Bankside, the sophisticated meat and rotisserie restaurant south of the river.

Abbott, according to his Instagram, is currently going on weekly oyster tasting trips; so rapid has been the change at Wright Brothers the current online menu has been amended even since our recent visit, as it is likely to do so almost weekly.

From the dishes we sampled, those Abbott has kept on the menu include a rosemary-roasted gilt-head bream – a succulent and textured fish of tremendous flavour given a boisterous new-age kick with pickled fennel. It needed far less of another ingredient, lemon, to have been well balanced. A Dover sole was a real statement, served with capers to cut through, and samphire. It had a burnt butter sauce which out-shone the fragrant fish – an easy fix, we felt. 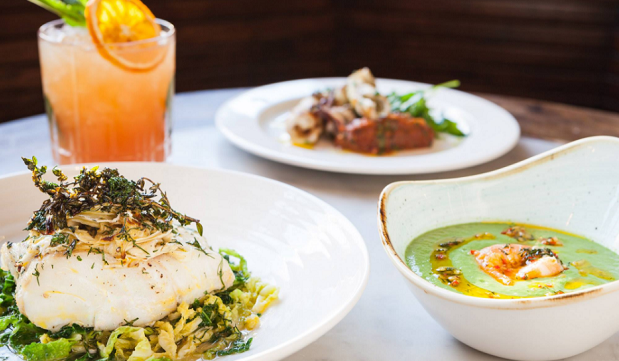 First, we shared oysters and stuck to a refined, knowledgeable wine list citing many French and Spanish producers. Cocktail of the month, Upper East Side, was too orangey and lacked a discernible twist. But really, the seafood deserves good bubbly and white wine, of which there’s plenty to choose from.

Divine monkfish cheeks fried in buttermilk (perhaps Abbott was influenced by the buttermilk dishes at Hixter), and a life-affirming tuna tartare from the raw selection reminded us why Wright Brothers has stood the test of time in a part of London where restaurant competition is ferocious.

Would we return? Abbott’s modern British dishes suit the look and feel of Wright Brothers, a prized British restaurant with great local charm. We hope its new menu has a shelf-life as long as that of its restaurants.