1 CW reader is interested
The Square, Mayfair The Square, Mayfair Sudi Pigott
It's all a question of stars (of the Michelin order). Philip Howard who had two Michelin stars for nearly 20 years is a hard act to follow at Mayfair's legendary The Square...so it's a real coup that Clément Leroy who has worked at some of the most highly regarded restaurants in France is taking over the kitchen of this dining gem. This will ensure The Square retains its status as one of the most sought-after gastronomy spots in the capital.

Most notably, Leroy worked at Restaurant Guy Savoy in Paris, with its eponymous head chef for ten years, and he was part of the team that helped the restaurant first gain its third Michelin star.

It seems that The Square's owner, Marlon Abela of MARC restaurants, will be not only seeking to retain the two stars long upheld by Philip Howard, but perhaps even reach for three.

For those wanting to go all out to impress, the wine list promises to be one of the best in London, with many of the world's top winemakers featuring. There is an especially strong Burgundy and South African listing. Reassuringly, there will be more 'entry level' priced wines as well.

The restaurant’s new look should feel very smart indeed. Square glass blocks on internal walls will allow in more light and displays of contemporary art from Marlon Abela's own collection will line the walls.

This is the restaurant to drop hints about for a very special occasion. 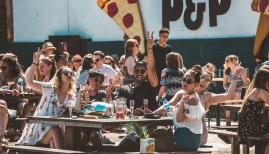 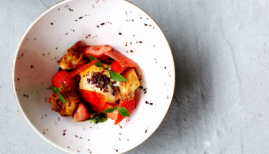 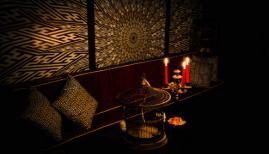 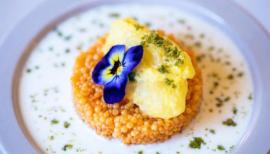 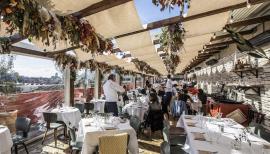 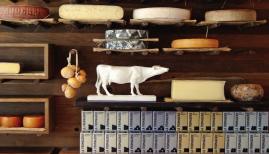