From the annual food festival in beautiful Aldebrugh, to drinking Ruinart champagne throughout a 'Reveal the Invisible' meal at 108 Garage and tasting the best oysters – go with the flow this Autumn 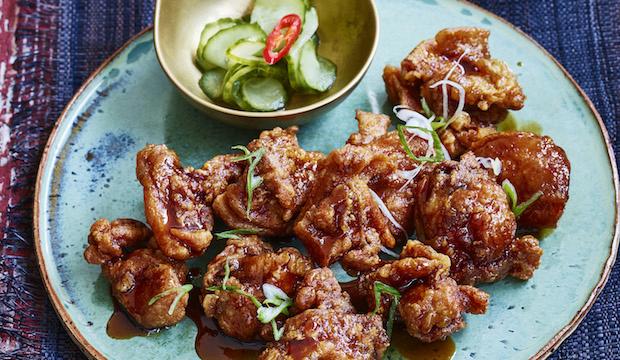 The London Foodie, one of the capital's pre-eminent and first supper club hosts, is holding a series of dinners to launch his very clever and appealing new book The Japanese Larder.

Both the dinner and the book demystify key Japanese ingredients from miso to soy sauce and show how to use them in dishes that combine elements of Japanese and Modern British and European. Dishes range from his take on sushi, soy maple marinated salmon, Mataiko spaghetti, an incredible marmite crisp chicken and several exquisite desserts . Luiz is charmingly well-informed and introduces each set of dishes with great elan. The dinners are bring one's own wine and the mix of people is always especially interesting with fellow-minded art loving foodies.