Peyton and Byrne's launch of the National Gallery's in-house café and restaurant, the refurbished National Café, lacks taste in food and décor alike 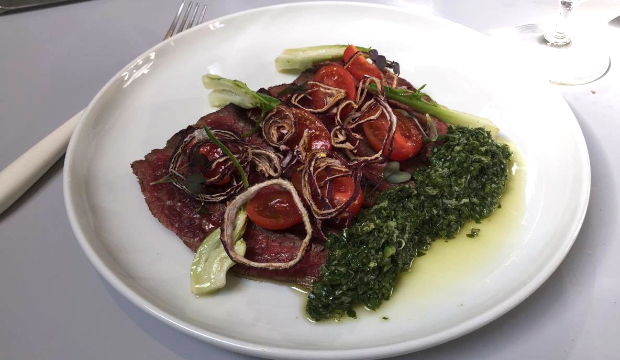 The welcome: Friendly and polite, but service was on the slow side. The head waiter was knowledgeable and able to provide a recommendation, but the other staff, although attentive, seemed inexperienced with table service; possibly one of the shortcomings of running a café and restaurant in the same space.

The space: Bright and airy. Empty, lit picture frames on the walls, and a partition adorned with soaring painted skies, remind diners that they’re in a picture gallery. The furnishings are basic but comfortable – this is a place tourists might come to for a light mid-visit meal as much as an evening feast, after all. 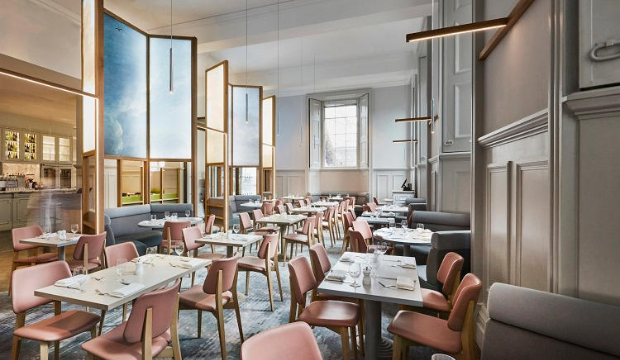 Yet it’s lost much of the character that the old space had; wood-panelled walls have been neutrally painted over, brass fittings replaced with chrome light fixtures, comfy red leather swapped for generic café chairs.

Echoing chatter from the other diners makes the cavernous space quite noisy; it can’t avoid the feel of a café. But at least you can’t hear the clatter of cutlery and crockery from the grab-and-go next door.

The food: Diners can choose from a range of English, French and Italian starters and mains.

The head waiter’s recommendation is the bavette steak, which despite being at the cheaper end of the steak spectrum will set you back £22. Recommended served rare or well done, the meat itself isn’t stunning, although improved by the gremolata garnish.

Similarly, the veal burger (£15) comes with excellent chips and a wonderfully garlicky, cheesy pesto, but is itself bland and underseasoned. 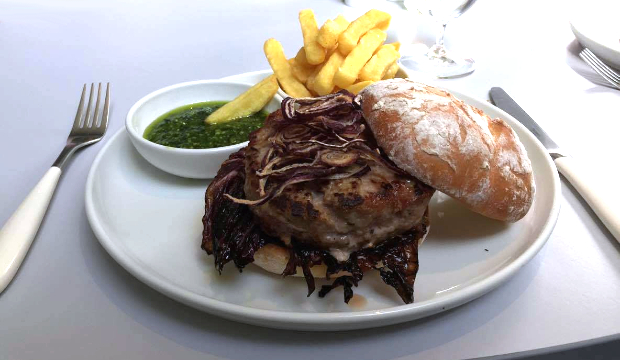 Dessert too was underwhelming, despite the promising range of hot and cold English puddings: only two of the seven ice cream varieties were available on the day of our visit, and the delightful toffee sauce accompanying the doughnuts was utterly overpowered by their thick cinnamon coating.

They're by no means unpalatable meals, but made disappointing by how much better the supporting cast are than the main act.

Would we go again: Only if someone else were paying. It’s always been a convenient in-house stop for tourists, rather than a destination in its own right – and despite the facelift, that doesn't look to be about to change.