It's a worrying thought. At the rate they are opening, low-lit meat eateries in London with battered wooden floors, juleps in tins and beautifully smoked meat may soon be yesterday's news (if they aren't already). 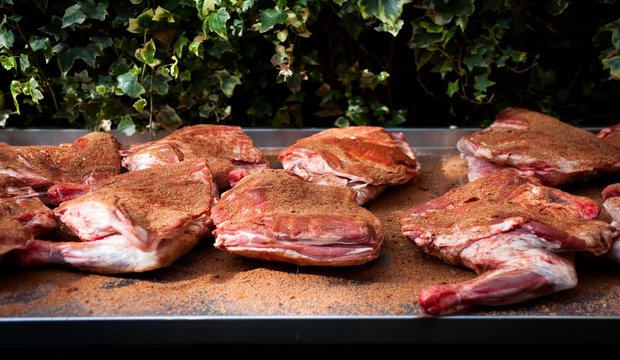 So Little Smoke (from the guys that run destination restaurant Smokehouse Islington) have hatched a plan. They won't just smoke meat - they'll smoke rare-breed meat from world-leading farms of the highest quality. And they'll not just serve good cuts either - they'll champion unusual and unexpected cuts, and focus on serving the animal in new ways, and with a focus on sharing.

All of these particulars led us in to review Little Smoke, a formula that we truly hope will last. To begin, we purred over starters with an international feel. Crispy flat bread was topped with red-hot habanero, feta, charmoula and baby coriander. If it were not for that, a follow-up of burnt and crunchy sweetcorn with apple salsa verde and sour dough would have been deemed mind-alteringly good. Playing with the formula works, and these surprising flavour-packed starters were that rare thing in meat restaurants: unexpected 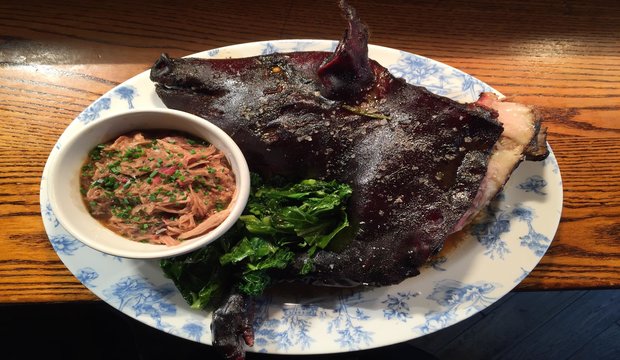 Little Smoke's menu will never repeat itself (meat cuts are marked in 1s and 2s on the black board and when they're gone they're gone), so that you can ensure you're having something truly special. Our waitress recommended an exquisite cut, the chateaubriand, to share, from the tenderloin fillet that comes only once per animal. Spiking our forks with that and feverishly concocting mouthfuls from our compelling sides was an experience we'll repeat. Rather than be simple, Little Smoke put bone marrow in their mash, and caramelised pumpkin with their butternut squash.

Twisting the formula helps you remember a meat place that, by the way, has decor that is actually memorable anyway. Book the low-slung booths in burnt red for a classic US diner feel without pastiche. And you're never more than 10 metres from the kitchen in this dainty, triangle-shaped restaurant that adds serious shape to a rather shapeless stretch of the City.