Clare Smyth interview: Chefs are like swans, we create an air of calm to mask the chaos

Clare Smyth is the UK's only thrice-Michelin starred female chef. She's questioning what luxury means by promoting humble ingredients and a sustainable message at Core, her first solo restaurant opening 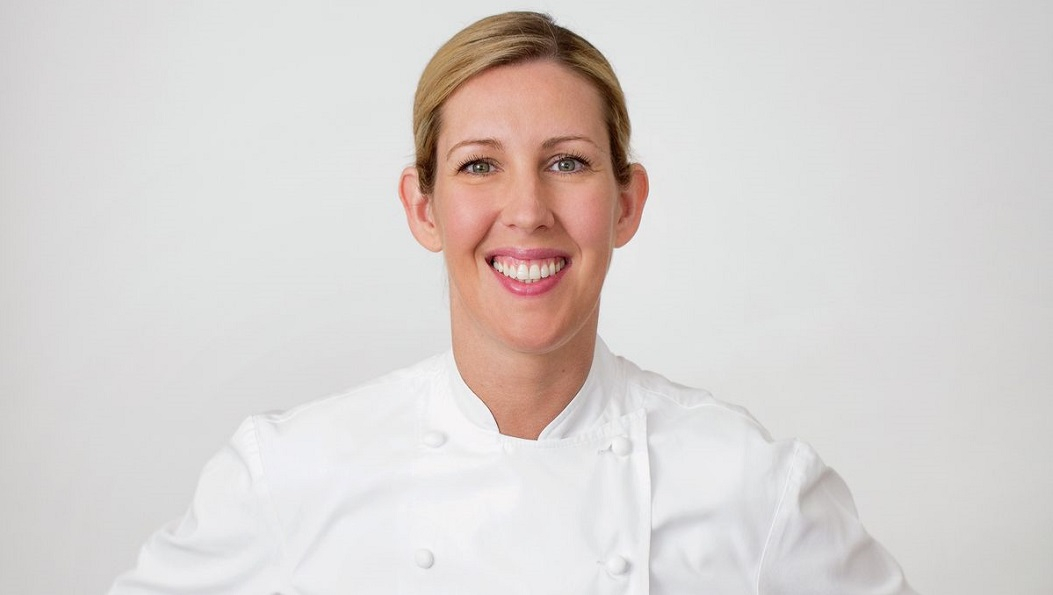 Clare Smyth is the proud owner of her first London restaurant
Clare Smyth speaks slowly and carefully down the phone, so much so that it feels as if her words carry the same level of preciseness as her dishes. The UK's most celebrated female chef is talking to Culture Whisper from the private offices of Core, her grand Notting Hill restaurant, which opened this summer.

Beyond pleasantries, but before we get onto the big topics of conversation (her sustainable message; the humble Irish ingredients she's championing) Clare has a small revelation to get off her chest. She tells Culture Whisper she can't understand how anyone could go to work, and not be at their best. 'In the food industry, if someone's meal is five minutes late, it's chaos'.

Smyth has recently been let down by staff, but her prize-winning eye allows for no such slackness to take root. Indeed, Core is proud to promote the best service, which Clare learned from her tenure at Restaurant Gordon Ramsay, where she earned three Michelin stars as Chef Patron.

But she says Core's message is 'actually very different'. 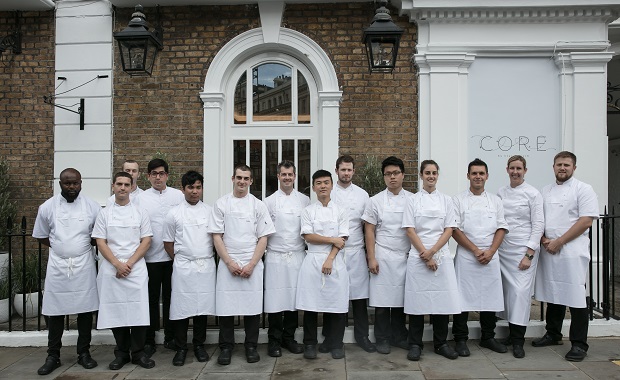 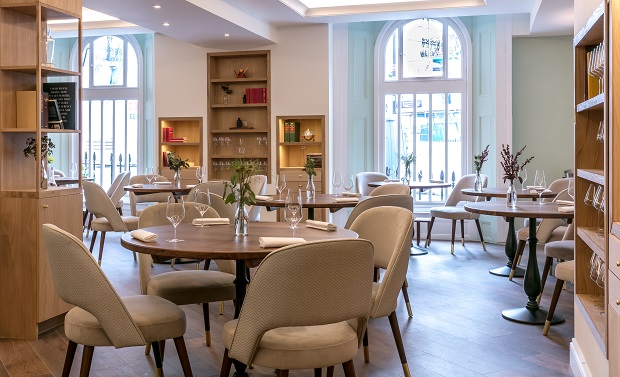 The contemporary interiors at Core by Clare Smyth, a fine dining restaurant without tablecloths

'We don't have tablecloths, we play Dire Straits and Dolly Parton; we're having more fun with fine dining and really challenging what people perceive to be it. There's definitely a swing, which doesn't mean the food or service is any worse, or better,' Smyth explains, 'it's just the environment has changed'.

Smyth has harnessed the fresh tide to create a more casual restaurant, fit for many, and not just the old school, one that is 'fun so people don't feel intimidated. Many people I know say they want to get young people into fine dining, but many older people also find fine dining constrictive. They say they don't feel comfortable, what do I have to wear; we just want to get rid of all those things.'

Smyth's approach is to challenge expectations of fine dining with a bold and contemporary menu, defined by experimentation. Broadly speaking, Clare is challenging eaters to be aware of what's in the food they're consuming, and to think twice about what's on the plate.

Core's aim is to make sustainable, conscious eating shine in a fine dining environment. The restaurant removes emphasis from the mouths of preachy nutritionists and eco-warriors by reconciling a love of luxury eating with a modern sense of responsibility. Why is caviar better than herring roe, Claire asks, and why shouldn't potatoes embody 'fine' dining? What's really so luxurious about a fillet steak?

Smyth explains: 'It's about really appreciating what we have, rather than saying: 'Alright I want a 300-gram steak.'

Clare believes in using the whole animal, and wasting as little as possible. Her dishes highlight vegetables where other chefs might centre meat, and those dishes constitute the core of her main courses. 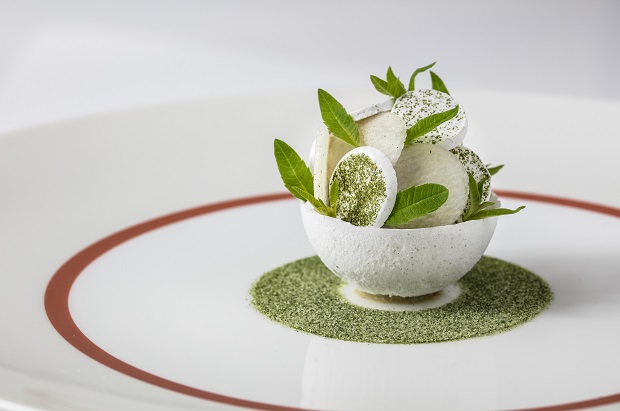 One of the vegetable-focused mains at Core by Clare Smyth

'We're working hard to make dishes with no meat and fish just as satisfying as ones with meat or fish,' Clare explains. 'And when we're using meat, we're really working hard to use every single part of it.' 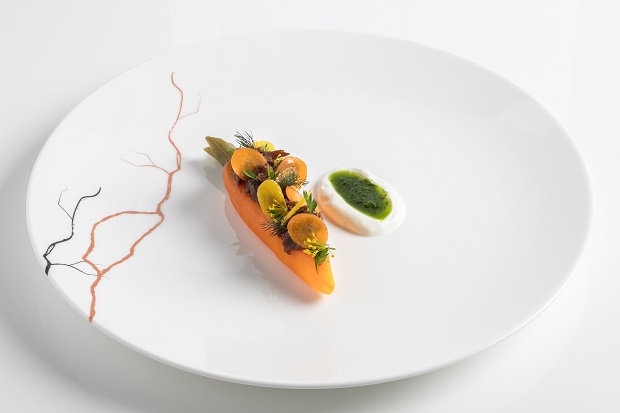 Smyth describes one of these dishes: 'There's a dish of potato cooked with seaweed. I grew up in Northern Ireland eating potatoes every single day, my aunt and uncle run a potato farm on the coast. We're serving potatoes with trout and herring row with allium flowers and fermented potato chips – it's actually very classical but we're challenging things, and getting away from just using luxury ingredients just for the sake of it. Why is a potato less important than a piece of asparagus? What are people's perceptions of a piece of skate, why is it a less good a fish than Dove sole or turbot? it isn't actually, it's just perception.' 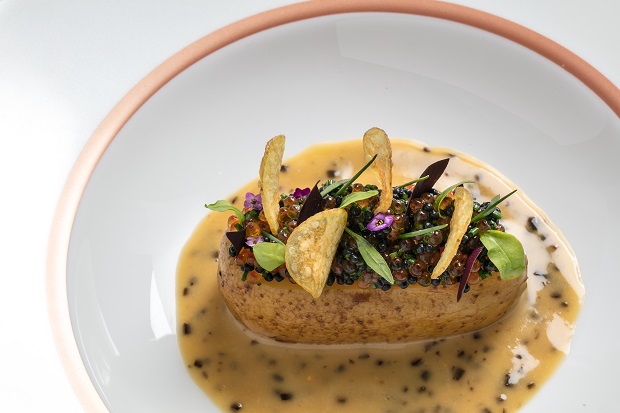 Yet, all this moral crusading is balanced by a practical sense of business. Clare is wary of boring customers, so an early challenge is adapting the menu more frequently – there have already been repeat guests. 'We're starting to move on to develop the next stage even though it's only our second week,' Smyth revealed. 'We work incredibly hard to make things bespoke.'

'We're like a swan – we create an air of calm but there's an incredible amount of hard work to make it that way.' 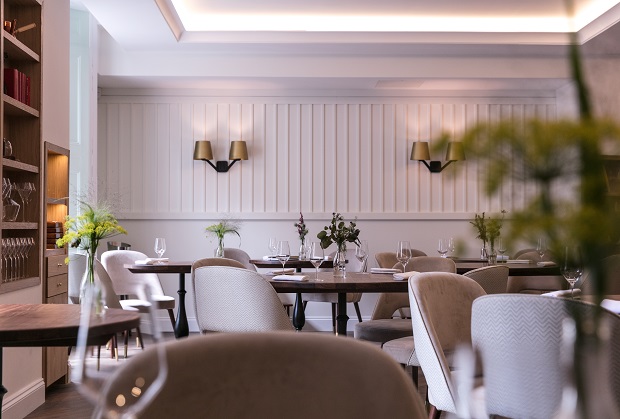 Another view inside Smyth's modern restaurant

Her image makes us look again at her press shots, and Culture Whisper notice that in them Smyth is entirely surrounded by men in their cheffing whites. Do British kitchens need more females?

Smyth is careful not to call herself a role model for other women: 'I don't really think about gender,' she revealed. 'I'm just doing my job every day to the best of my ability. The female thing... Other people bring it up but it's never been something I think about myself or that comes into my day-to-day thinking.'

But Smyth barely pauses at all when she says London 'definitely needs more female chefs,' admitting: 'I don't know what the answer is. We always hope more females will come into cooking because it creates a better working environment when there's a balance. Unfortunately there just isn't [the interest].'

'I just had one girl apply for a job. It's just the way that it is. It's predominantly male-dominated. I think the drop out rate is quite large at college, I don't know what the answer is to solve that, it's a difficult industry.'

Despite these concerns, Smyth returns again to the subject of sustainability, this time through the lens of ethical farming, the root of her sustainable cooking, and she is at her most animated talking about her scallop diver Guy Grieve. 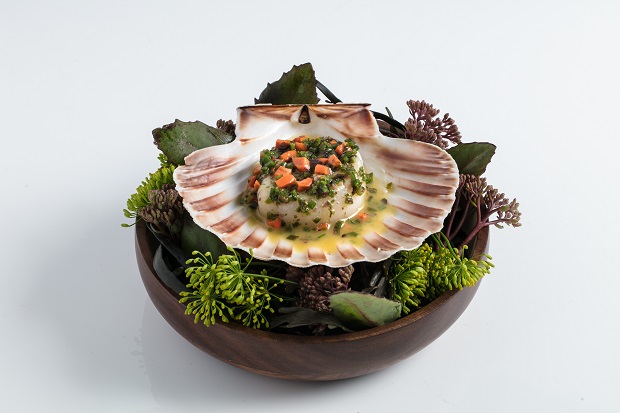 Guy's scallops are served with the seaweed they grow in

'He owns a company called the Ethical Shell Fish Company,' Smyth explains. 'He's a scallop diver and a conservationist. He took us out on his boat - these guys are incredible, there are currents up there, it's cold, and they're diving for three or four hours a day for scallops.'

Smyth went on: 'Guy showed us where dredging still takes place – it's absolutely disgraceful, he's fighting to have it banned because it's destroying the fishing industry. It's counter-productive so I'd rather support someone like Guy who's ethical in what he's doing, and trying to make a difference, so one of the dishes on the menu is his hand dived scallop.'

'We poach the roe, cook it on wood, and put it back with the seaweed it grows with. We want to support guy and what he's doing,' Smyth says before hardening her tone: 'It's so much more important really than what we're doing.'

Core by Clare Smyth is open now and takes reservations, although the bar is reserved for walk-ins.