The welcome: Conversational waiters recreate the laid back style of a traditional cha chaan teng, and a big bar by the entrance before you hit the restaurant signals that this eatery is as much for after work drinks as it is for dinner. 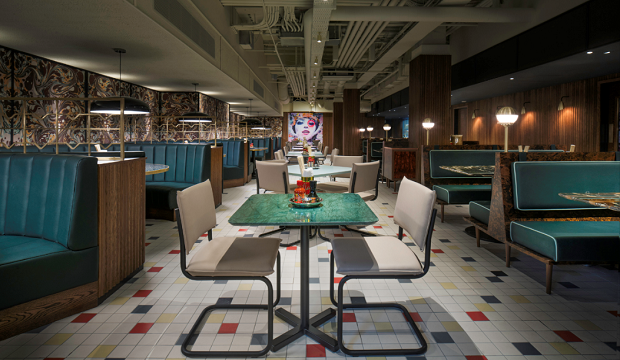 The space: Finding the right space in central London for a restaurant is a tricky and pricey task. Cha Chaan Teng have bang for their buck, though, in a roomy basement just a stone's throw from Covent Garden's easterly stretches, by Holborn Tube.

It's an ambitiously sized room, with a colour palette as abundant and loud as an Asian night market. But there are low ceilings, and a sense of confined space gets in the way of the room being able to fully shine. 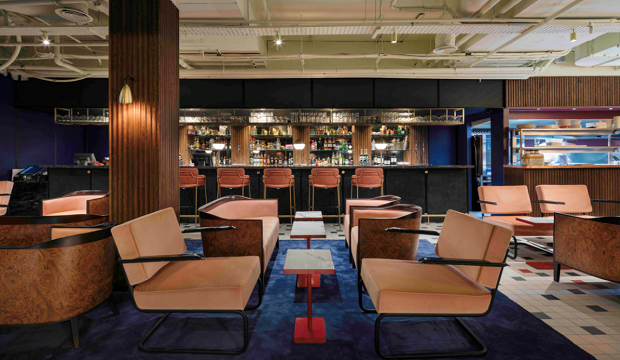 Food and drink: The vibrancy is put on hold when waiters explain exactly what a cha chaan teng is. We know the restaurants served Western food to an Asian audience in the 1950s, but now this Cha Chaan Teng - notice the capitalisation - takes the story a step further, by bringing Asian food to London, with a British feel.

But Chinese food is already in London, so the theme seems over-wrought. We'd rather try the dishes than hear anymore, so we peruse the extended menu of twists on Chinese classics.

The popcorn chilli beef, playfully served in a cardboard snacking box, is exactly the type of fun we had hoped for. The remodelled meat dish was perfect for sharing and smacked of chilli, but never so much that the tender meat was overpowered. A generous lobster on toast was married with wasabi and prawn, so had all the flavour of a fiddly dish, but was portioned for hungry mouths.

Lemongrass chicken skewers lacked zest, and were less well crafted, served on a plate four times their size. And the waiter was right that the peanut butter French toast was more for afters than anything else.

But it's full marks for the bao burgers (we tried the crispy duck and sweet potato), a simply fun reinvention of the popular bao bun that retained the trademark pillowy softness. 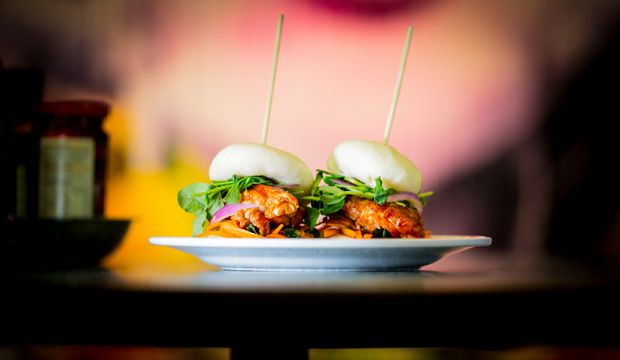 The poached chicken was melt-in-mouth soft, but needed a bigger flavour kick of the ginger, chilli and onion to have really been called Chinese, but the whole crispy sea bream looked entirely Chinese. Served theatrically, whole, it was doused in the house trademark 'sha cha' sauce (dry, a little like a black bean) which gave a residual kick to the white fluff of the fish.

Best is that if you go between 4 and 8pm daily, their tea-inspired cocktails are £5. They're generally more confident and distinct than the dishes; the Oolong negroni in particular feels like a winning combination; the Oolong adding length and subtlety to the bitter classic. Try the whole lot, and there's a new Christmas range worth a punt, too.

Would we return? We'd go back in a flash for the well-priced, exciting cocktails. And while the theme feels contrived and the venue, a little buried underground, the dishes do succeed in tweaking the formula just enough to surprise.

Fine-dining at home: London's fanciest dishes delivered to your door
Sign up to CW’s newsletter
By entering my email I agree to the CultureWhisper Privacy Policy (we won`t share data & you can unsubscribe anytime).