Masekela was at the vanguard of the anti-apartheid movement. In 1959, shortly before his exile, he recorded the first African jazz album, alongside Abdullah Ibrahim, as 'The Jazz Epistles'. Now, almost 70 years later, these South African greats will celebrate his work on the Barbican stage, as part of the EFG Jazz Festival.

Pianist Abdullah Ibrahim - Masekela’s partner in music - co-authored some of the most groundbreaking and influential music of apartheid South Africa. At his last London performance - the sold-out 2014 EFG London Jazz Festival - his music marked the 20th anniversary of the end of apartheid. Leading the way at the forefront of Cape Town jazz, Ibrahim’s music has always spoken to the turbulence of South Africa’s history, the great injustice of its oppression, and the indomitable hope and perseverance of its people. 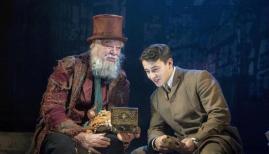