Victoria Beckham has designed a tenth anniversary t-shirt featuring her famous pins, some killer heels and a Beckham-sized carrier bag 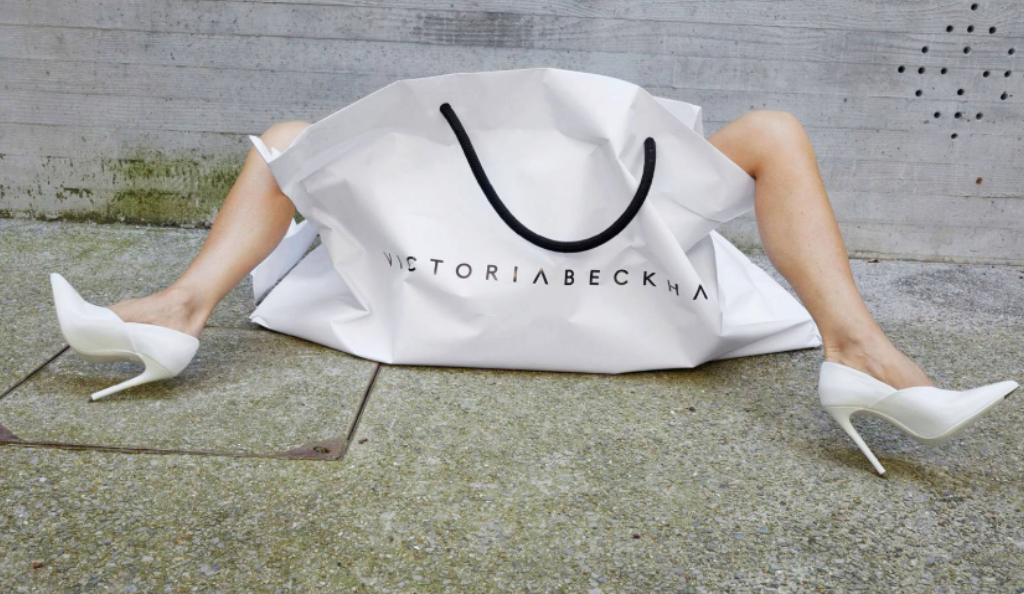 Beckham, has long been a fan of whimsical slogan tees, including 'Fashion Stole My Smile' and 'It's a Dark But Happy Place', but this one takes the biscuit. Juergen Teller has photographed Victoria, legs protruding out of a giant Victoria Beckham bag. 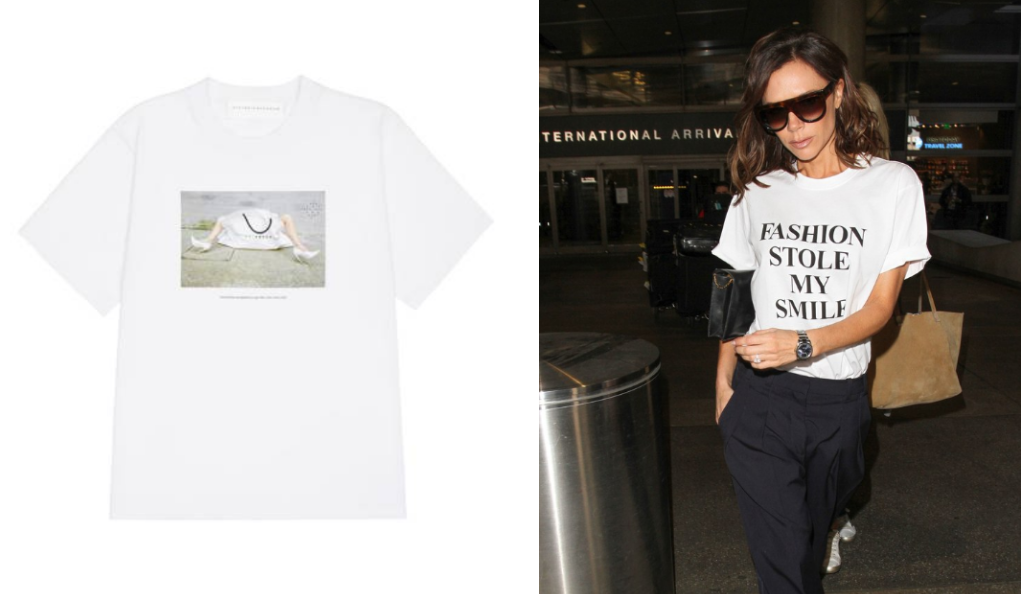 Costing you £115, the t-shirt will be available to purchase online at victoriabeckham.com and at the Dover Street store where Beckham herself will be behind the til from 3pm on Septermber 16.