What to wear to Royal Ascot

Royal Ascot: hats, headpieces and what you can wear in each enclosure 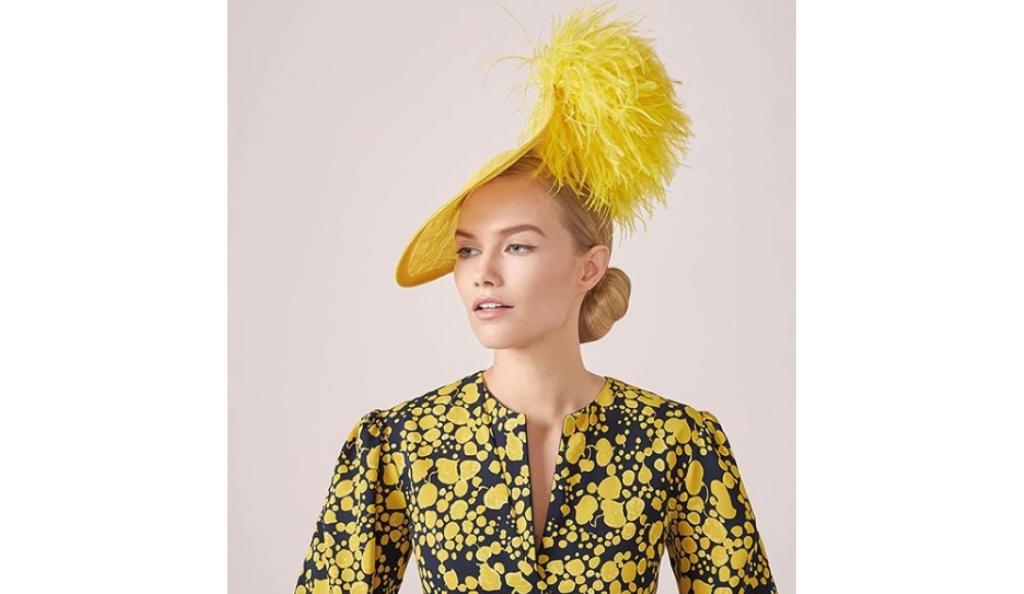 Laya Leigh hat available from Fenwick of Bond Street
When it comes to the occasion dressing of the summer season, perhaps the trickiest event of all is Royal Ascot. After all, a ticket to the five day race meeting comes with a strict dress code that stipulates just what can be worn where and by whom.

And that's not to mention the hats -–mandatory in some enclosures, simply a fun expression of fashion in others, Royal Ascot is synonymous with creative headgear.

If you're a first time visitor or simply looking for fresh inspiration, read on for our round-up of the Royal Ascot rules of style, and some of our favourite spots for hat shopping in London. 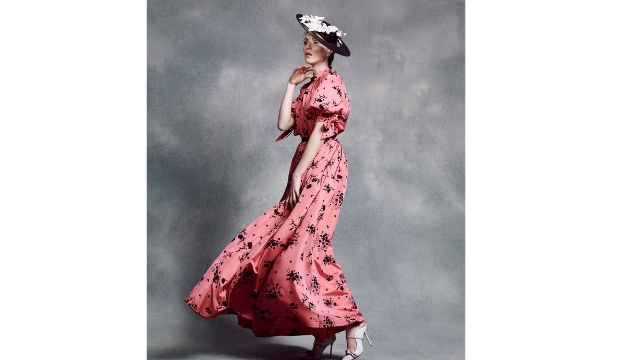 There are three levels of dress code at Royal Ascot, the most stringent of which only applies to those with access to the Royal Enclosure while general ticket holders are allowed to wear almost anything.

Royal Enclosure
Dresses, jumpsuits and skirts should be of a modest length (just above the knee or lower) and tops, dresses and jumpsuits should have straps of at least one inch and midriffs must be covered. Halter neck, strapless, off the shoulder and spaghetti straps are not allowed.

Trouser suits are permitted, as long as they match in colour and material and the trousers are at least ankle length. Hats should be worn: a headpiece will only be permitted if it has a base of at least 10cm; fascinators are not allowed.

Queen Anne Enclosure
If you've got Queen Anne admission the rules are softened slightly, although sheer or strapless tops and dresses are still not permitted – nor are shorts or an exposed midriff. Hats should still be worn at all times, but there are no size restrictions and fascinators are allowed.

Windsor Enclosure
While there is no strict dress code for general admission, smart clothing is still encouraged, as are hats. Replica sports shirts, fancy dress, promotional and novelty dress are not permitted (so no bride-to-be sashes and tiaras then). 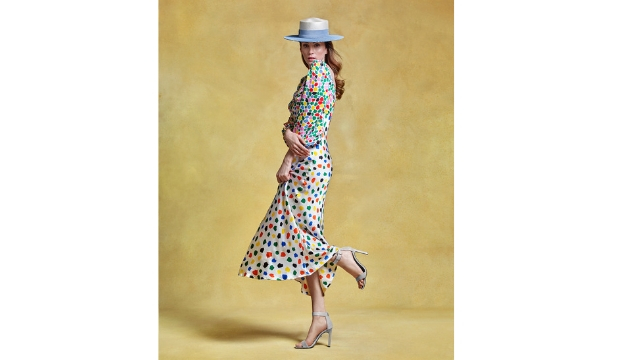 In our increasingly unbuttoned society, the chance to wear something formal is a fun way to express yourself – but having to work with the restrictions of a dress code can be challenging.

In recent years, retailers have been increasingly aware that women can love fashion and still want to dress modestly, responding with dedicated sites like The Modist, as well as a 'modest' selection criteria on Net-a-porter.com.

Modesty is shaping fashion trends too – dresses from prairie style to patterned brights come with sleeves and longer hemlines, while pyjama dressing is a modern take on the trouser suit without feeling uncomfortably formal. 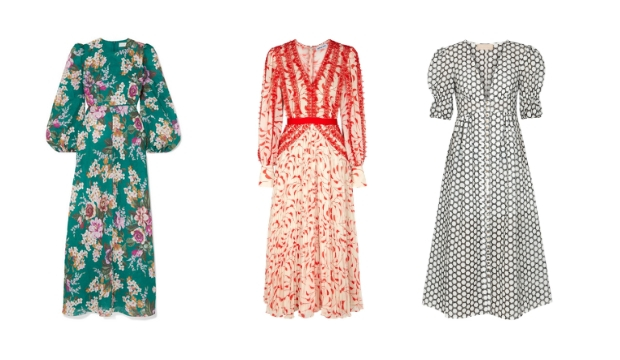 How to choose the right Royal Ascot hat

If you've never really been a hat person, attending Ascot can seem intimidating so it's best to put yourself in expert hands. Fenwick of Bond Street is renowned for its millinery department, with staff well-versed in the dress codes and hat regulations for Ascot.

Mr Tony is a millinery expert who has worked there for nearly 15 years, helping women of all ages and aesthetics find their perfect fit: 'It's important to remember that buying a hat for Ascot should not be looked at in the same way as buying a hat for any other occasion. A wedding, for example is all about the bride, but Ascot is all about you.' 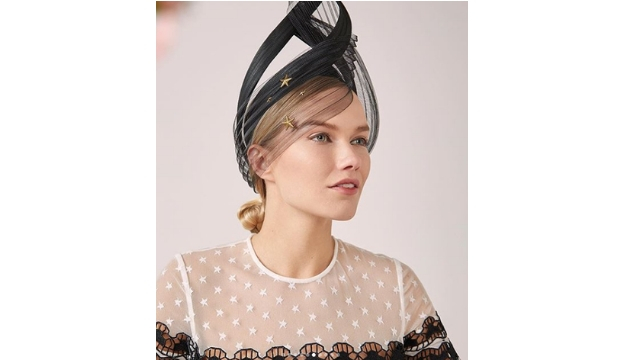 Advice for Ascot often encourages stepping outside your comfort zone, but unless you're a confident hat wearer this can lead you to feeling a bit like you're in fancy dress.

To combat this ensure that your hat suits you and works well with the rest of your outfit – a complimentary or contrasting colour can be more effective than attempting a perfect match.

Theatrics are a large part of millinery and many milliners come from a costume or theatrical background. Different milliners have different signatures, including shapes, materials, colours and trims. You might be surprised by the choice, and quite how chic and restrained some options are. 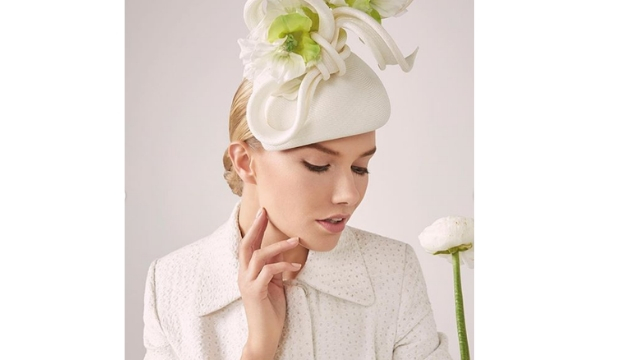 Millinery trends tend to reflect larger fashion moods – this season's prevailing romantic mood is 'represented by beautiful florals such as wisteria, hydrangeas and cascading orchids, and even delicate birds and woodland creatures.' While there's a trend for oversized straw hats too.

'If you are tall, you can definitely carry off a big, wide-brimmed hat which is really on trend,' counsels Mr Tony. 'But if you are slightly smaller, I would stay away from anything too wide so it doesn’t swamp you.'

Bringing your outfit with you when you go hat shopping is a must, and planning ahead means you'll have time to figure out how you want to style your hair and whether you need any further accessories before the big event. 'Our in-store experts can not only help you with finding your hat, but also show you how to wear it,' says Mr Tony. 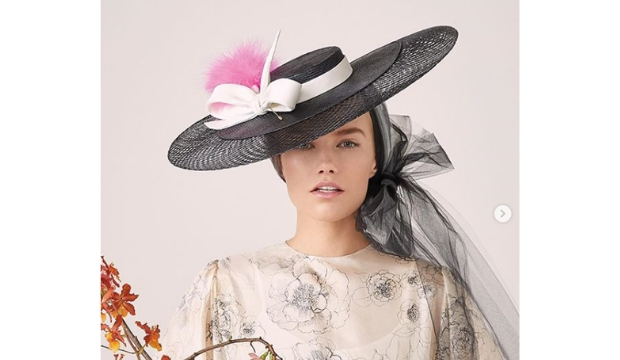 'It’s not uncommon for us to see clients place the hat on back to front. A bit of a tip here. Even though the shape of a hat can sometimes be deceiving, the label is almost always at the back so that should give you a bit of clue as to which way round it goes.'

Mr Tony recommends Royal Ascot outfit preparations begin in mid-March, which is when new season and exclusive styles start arriving in store. But, it's never too late – due to such high demand new styles continue to be delivered in the run up to the race meeting, with some customers leaving it until the last minute, literally: 'You wouldn't believe the number of people I've had come and see me on their way to the event itself,' exclaims Mr Tony.

The best milliners London has to offer

London is home to some of the most talented and prestigious milliners in the world, not least Stephen Jones and Philip Treacy whose creations have completed catwalk looks for Dior, Valentino and Chanel. If money is no object, a bespoke hat should take a few weeks to make, although in the run up to Ascot, millinery studios are extremely busy and it's best to book a consultation as early as possible.

Few of us have the budget for bespoke, but Jones and Treacy's designs aren't as unattainable as you might think: both are stocked at Fenwick and are taking part in the department store's Royal Ascot Millinery Collective, joining eight other milliners including Awon Golding, Layla Leigh and Merve Bayindir in creating an exclusive style. 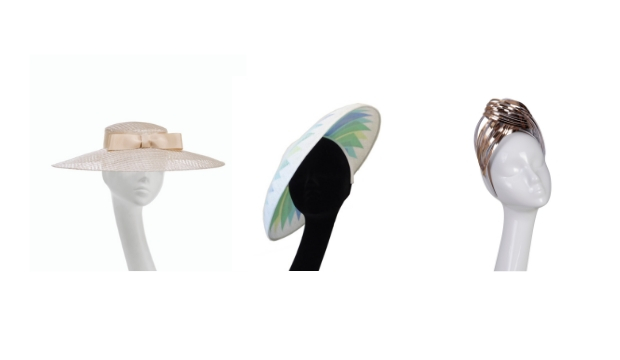 Elsewhere in London there are exiting creations coming out of the studios of Bee Smith, Nerida Fraiman and Ana Bella Millinery, while Piers Atkinson is another fashion world favourite who brings a healthy dose of spectacle to his creations.

When it comes to budget, it's true to say that hats don't come cheap. Though they may be relatively small, a serious amount of work that goes into creating a hat: designing, shaping and trimming with all manner of elaborate materials, and the price reflects this. 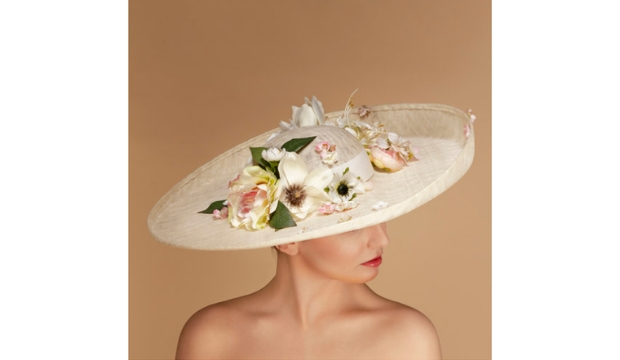 If you're conscious of budget, or simply don't want to buy something you may never wear again, then look into hat hire. Hectic Hat Hire in Fulham has Ascot down to a fine art – rent a hat from a selection of brands and you can drop it off at their collection station near the Raceground entrance. Or check out Camilla Rose Millinery who hire out past season styles.

If you're attending Ascot but don't have to abide by the rules of an enclosure, another fashion-forward option would be a turbanette or a headband, both of which are shaping up as big accessories trends this season. 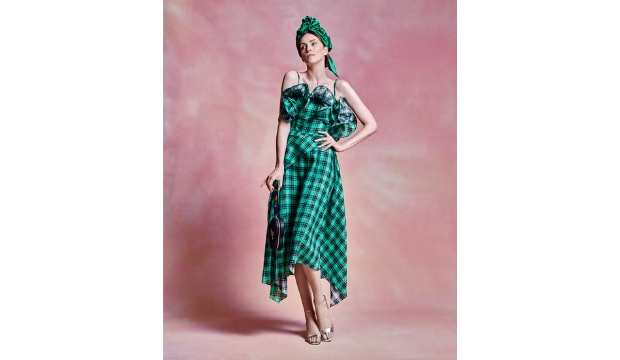