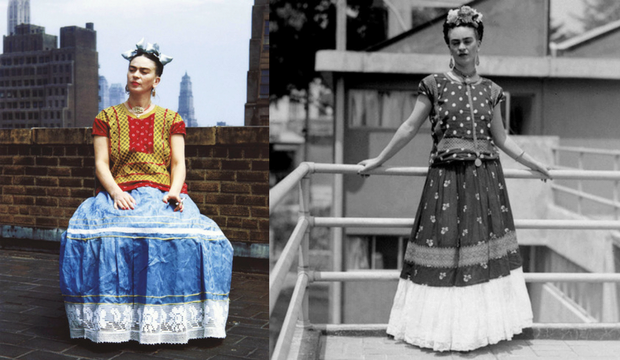 Frida often wore embroidered Tehuana dresses, which originated in the Tehuantepec region of South Mexico, as well as Mayan Huipil garments and blouses, and other traditional clothing from further parameters than South America. She is said to have seen the attire as a symbol of female power, and wore them as a cultural reference in her construction of her visual narrative of heritage and identity.