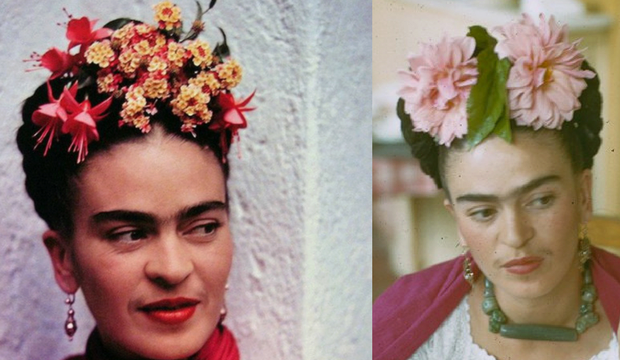 Frida nurtured the vivid-blue walled garden at her home, the Casa Azul in Coyoacán, filling it with native agave, cacti, prickly pear, orange and apricot trees, quince and pomegranate as well as beautiful flowers. It is believed that for Kahlo, the floral crowns that so often adorned her head symbolised Mexican naturalism and tradition, as well as her own vulnerability. Indeed, Kahlo once told Spanish artist Josep Bartolí that, 'Fruits are like flowers – they speak to us in provocative language and teach us things that are hidden.'