AW19 is upon us, bringing with it an abundance of slick - and sometimes subversive - fashion campaigns. Showcasing this season's styles are celebrities, sportspeople and activists, plus some familiar supermodel faces.

Sharp tailoring and rusty colours feature prominently. Androgynous styling persists. Predictably, sustainability is the catchword. Read on for your guide to what's hot in fashion as the weather gets colder. 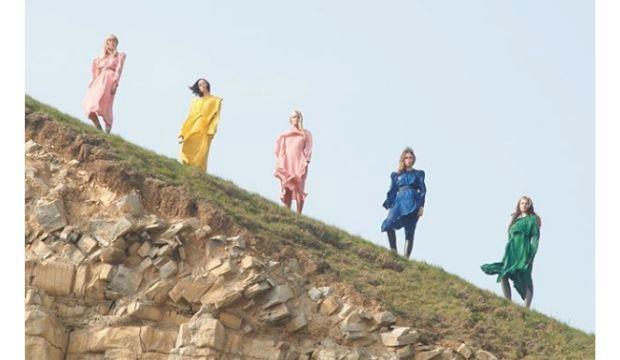 2019, nicknamed 'The Year of the Vegan', has brought us plastic straw bans, teenage climate activist Greta Thunberg, and a commitment from the UK to reach 'net zero' carbon emissions by 2050. The Stella McCartney AW19 campaign further promotes the theme of sustainability. In partnership with Extinction Rebellion, Stella McCartney has designed a powerful call for conscious consumerism.

Extinction Rebellion activists model McCartney's clothes alongside well-known models. They wear dresses made from upcycled and sustainably sourced materials and stand against the backdrop of the wild Welsh coastline.

Stella McCartney's campaign will also include a social media series called '5 ways to save the world', and a short film featuring Jane Goodall, released in September. 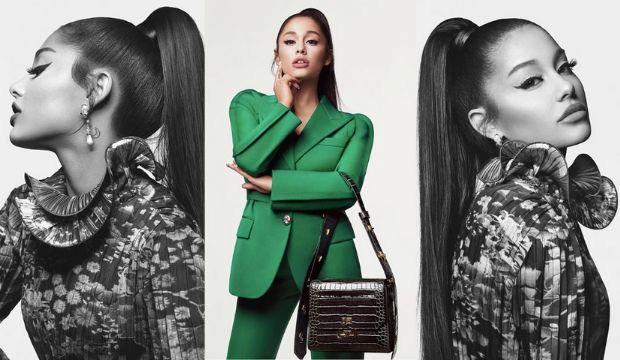 Givenchy has teamed up with singer, songwriter and actress Ariana Grande to bring us #Arivenchy.

Pairing Grande's signature sleek ponytail with the clean, closed-frame portraits favoured by Hubert de Givenchy, #Arivenchy brings us elegance, individuality and empowerment. The Givenchy AW19 collection is inspired by the Garden of Eden and features fabulous florals alongside polished tailoring. 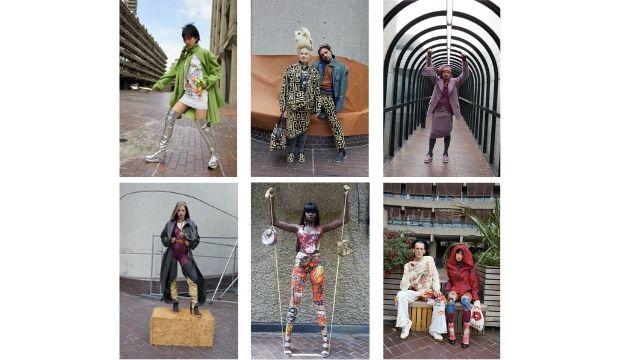 We have learnt to expect eccentricity from Vivienne Westwood, and her AW19 campaign does not disappoint. The Vivienne Westwood and Andreas Kronthaler AW19 collection is colourful, quirky and covered in graffiti-like scribbles, inspired by the London Symphony Orchestra.

Neon purses and metallic jackets are juxtaposed against the grey, brutalist Barbican. Vivienne Westwood and Andreas Kronthaler chose the Barbican because, for them, it is a 'place which always surprises you - the building is exciting, there's always something new to discover'.

Taking a starring role in the campaign is Dame Vivienne Westwood herself, looking outlandish and confident at the age of 79 and confirming her rightful place among the world's most experimental and influential designers. 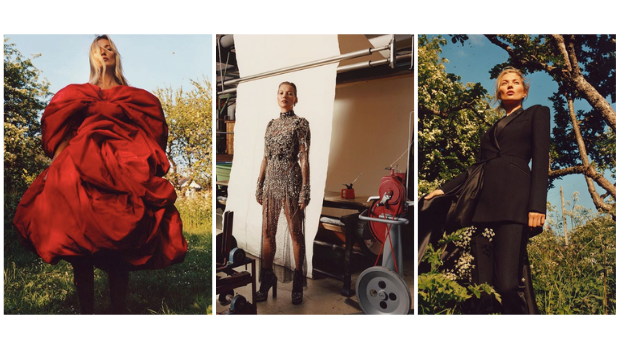 Supermodel Kate Moss stars in Alexander McQueen's AW19 campaign, which is something of a 'best of British' affair.

This Britishness is reflected in a bucolic English garden where the layers and folds of McQueen's bright red bouffant dress echo the shape and intricacy of a rose; his sequined statement dress in an old fabric workshop reflects the nation's industrial past. 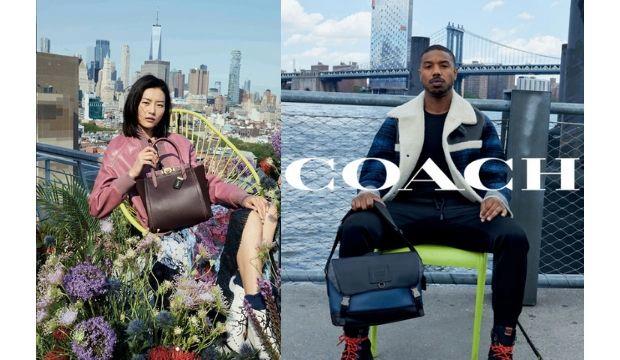 Despite being one of the most photographed cities in the world, a unique, unpretentious portrait of New York is revealed in the Coach AW19 fashion campaign.

Stuart Vevers, creative director, has chosen a cast of models as diverse in background as the people of New York City. Well-known names such as Michael B. Jordan stand alongside young, rising stars such as Yara Shahidi.

The result is a cosmopolitan, modern look that can be worn anywhere, no matter the distance from Central Park. 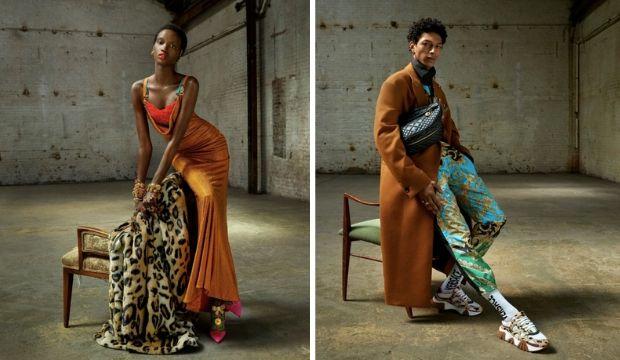 Based on the conviction that "imperfection is the new perfection", Versace has created a collection that is both glamorous and grungy.