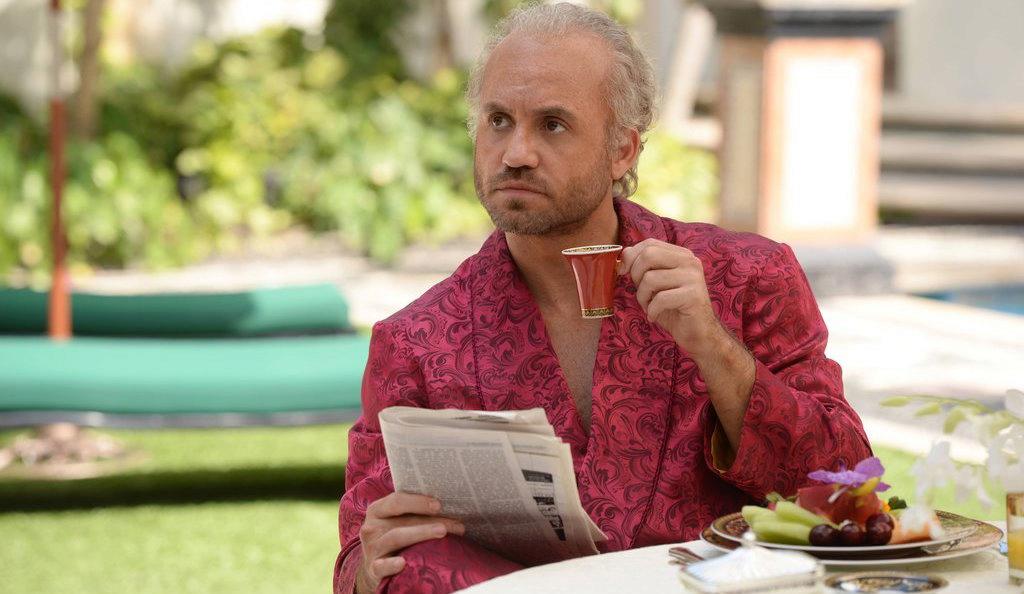 The breakfast scene that takes place in the courtyard of Gianni’s extravagant villa at the opening of the series – and the spectacular, pink and gold robe he wears carries a lot of visual weight.

The material picks up and compliments the gold and turquoise accents of the casa, and bestows him with a kind of imperious magnificence against the stonewashed white walls of the house. True Miami prestige.