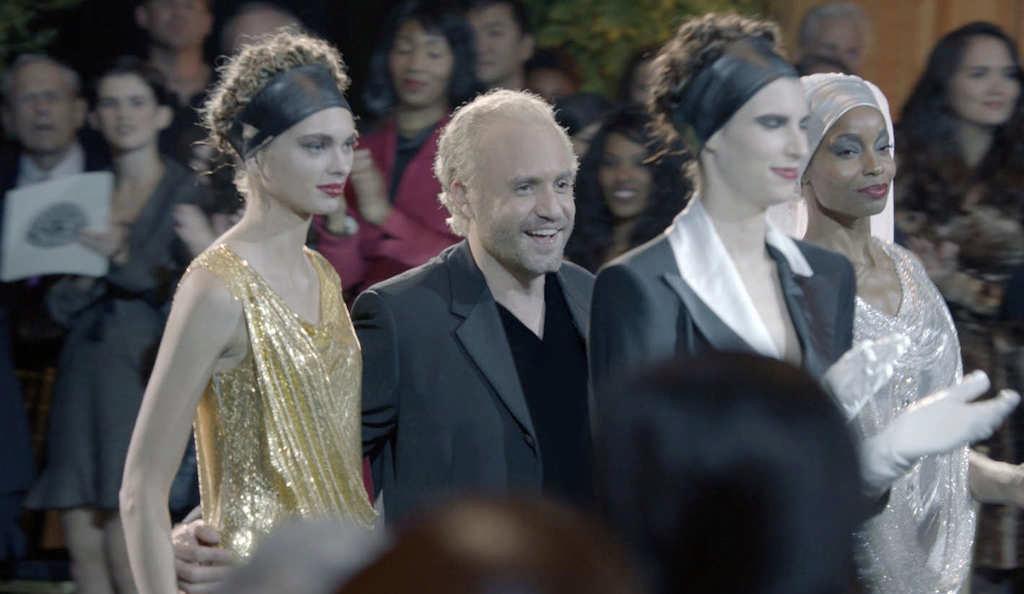 The fashion show scene recreated Gianni’s 1997 haute couture show, with it's leather headbands and Gianni's Versace bride. It represents a poignant moment in the 90s where a pre-existing desire for athletic, healthy models shifted to one for the ‘waifs’. We see this as a point of contention between the Versace siblings. We particularly enjoyed the recreation of Versace’s ‘bride’ in her glittering silver dress and veil.

In the series, Gianni is quoted as saying:

'A bride, in a silver dress, with a veil pulled back behind her head, not covering her face. Not a virgin bride, a Versace bride. She will be a woman who's loved many men before. A woman who's finally found her equal, a match for her passions. She won't be dainty, she won't be timid. She will be proud and strong. And that's how I will end my show. '

Watch the original show, which took place at the Ritz in Paris, here.