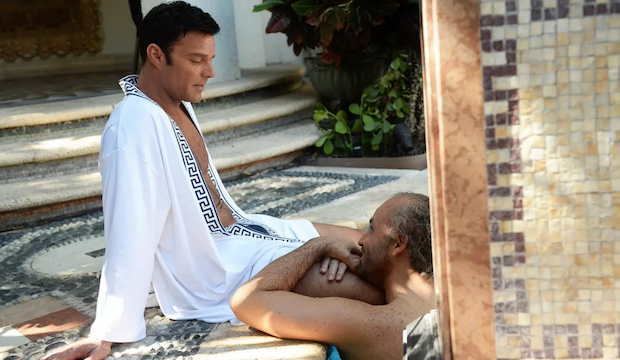 Versace robes of today – with their frenzied clashing and colossal, staring Medusa heads – are often met with a raised eyebrow or two, especially given their penchant for attracting the flashy and the trashy.

But, Ricky Martin (who gives a commendable performance as Gianni's partner, Antonio D’Amico) is clad in a simplistic, elegant rendition. It is not clear if this is authentic Versace or a clever recreation, but the mirroring of the clean blue and white print in the geometric mosaics of the backdrop is visually very satisfying.