At 263.4m tall, The Diamond skyscraper will feature high-end offices, shops and a triple-height public viewing gallery on the 56th floor 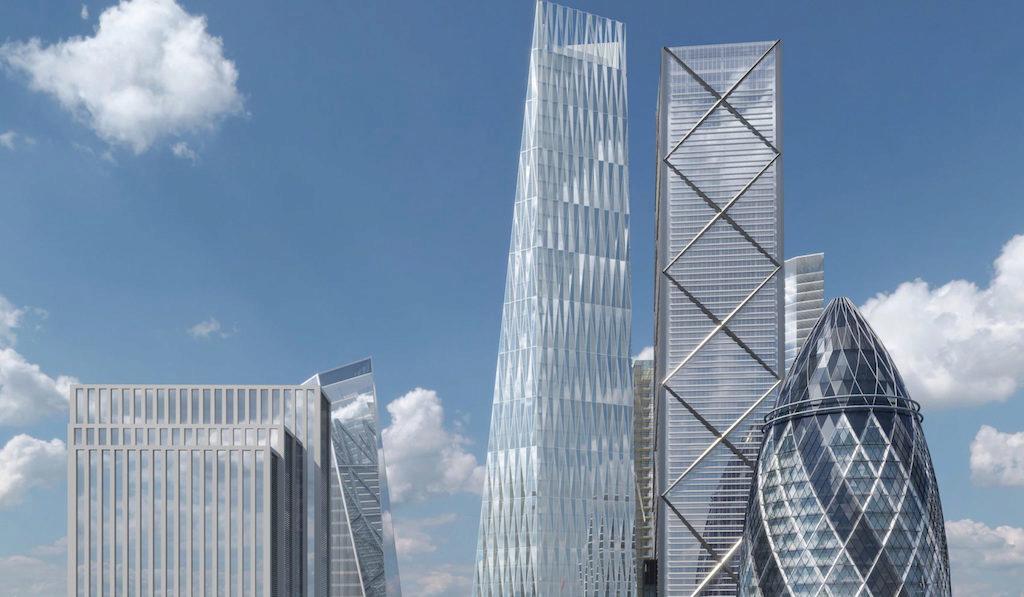 Third tallest skyscraper: The Diamond, City of London
How often do you think about the fabric of our city? In the frenzy of our modern lives, we often forget to stop, and just look up. But buildings are bound up with society, technology, politics, ideals, utopias and the power of humanity to transform landscape.

TRY CULTURE WHISPER
Receive free tickets & insider tips to unlock the best of London — direct to your inbox
It's now been revealed that plans for a new City skyscraper have been accepted by the City of London's Planning and Transportation Committee. Designed by American architecture firm Skidmore, Owings & Merril, and funded by the Hong Kong company Lai Sun Development, the 56-storey building will accommodate 6,000 people and boast luxury offices, shops and a 360 degree public viewing gallery.

The exterior facade of the wedge-shaped glass tower, to be known as The Diamond, will feature a distinctive pattern of elongated diamond shapes and will be constructed at 100 Leadenhall Street, in the heart of the City of London. The Diamond will stand next to Rogers Stirk Harbour + Partner's Leadenhall Building, widely known as The Cheesegrater, and close to Norman Foster's Gherkin.

At 263.4m tall, The Diamond will fall just shy of PLP Architecture's 278-metre tall 22 Bishopsgate tower, which is currently under construction, and Eric Parry Architects' 289.9-metre tall 1 Undershaft, that got the go-ahead in 2016.

'The City of London is a unique combination of heritage assets with some of the most internationally recognised buildings of the 21st century. SOM is proud to be a part of this architectural legacy,' said Kent Jackson, design partner at Skidmore, Owings & Merril.