Skandium is a British company run by three Scandinavians. Its small empire in London can be found at Selfridges, Fritz Hansen, and well-curated stores in Brompton and Marylebone. Skandium’s Spring/Summer collection this year impressed our design editor so much she was buying crockery at the press review

Raf Simons is the ex-Dior chief credited with giving the flagging brand its flair back.

Together, they have a collaboration for Summer which keeps getting added to. The 2015 Kvadrat/Raf Simons textile and accessories collection for Skandium featured throws and cushions of softest lambswool and cashmere. The rich and earthy tones whispered luxury. This season has new colourways, including a popping blue. 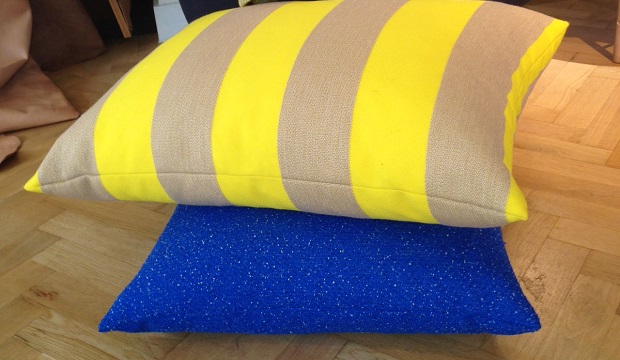 The two-coloured Tronic Throw (top image) is a standout piece, but there are more affordable cushions, too.

Oh, Scandi cool, you can pull the wool over our eyes any time.