The Weathering of Kyle Abraham

The American choreographer Kyle Abraham talks to Culture Whisper about The Weathering, his first major commission by the Royal Ballet, and his approach to artistic creation 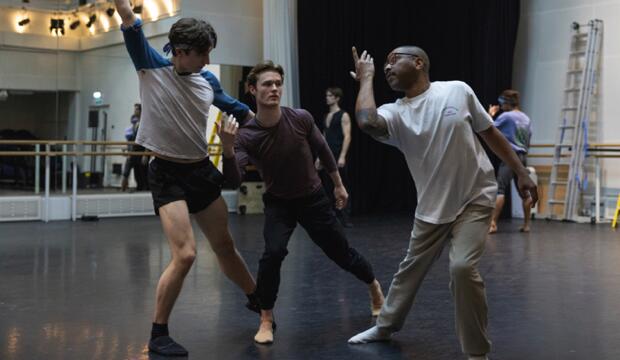 Kyle Abraham in rehearsal with dancers of The Royal Ballet for The Weathering © 2022 ROH Photo: Andrej Uspenski
Kyle Abraham is a touchingly generous man: generous with his time, his thoughts, his willingness to expose his vulnerabilities and share what goes into his creative process. He comes across as gentle, intelligent, ready to laugh and a lot more humble than he really should be. 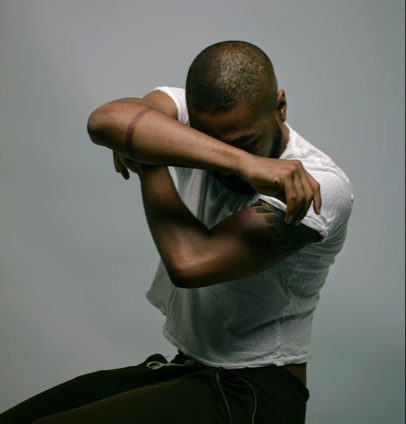 Kyle Abraham. Photo: © 2019 Carrie Schneider
Now in his mid-40s, Abraham is, after all, one of the most exciting choreographers to have emerged in the USA over the past couple of decades. Since 2006 he’s had his own company, A.I.M. He has created work for the likes of Beyoncé and a range of American ballet companies, including New York City Ballet. He’s won a raft of awards, among them a prestigious Bessie. And now his work has also entered the repertoire of The Royal Ballet. 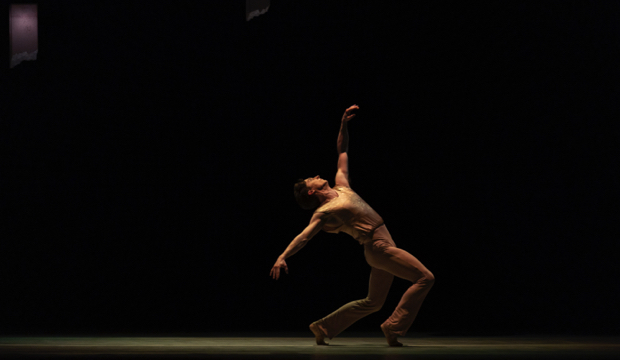 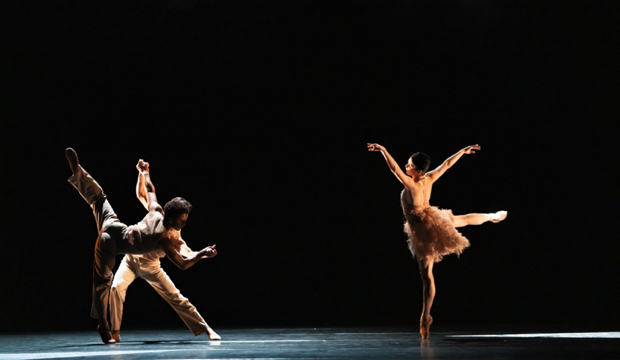 Marcelino Sambé, Stanislaw Węgrzyn and Natalia Osipova in Optional Family: a Divertissement by Kyle Abraham © 2021 ROH Photo: Bill Cooper
When we spoke at the Royal Opera House, The Weathering had already had two outings opening the Royal Ballet’s current triple bill of contemporary works, so I asked Kyle Abraham how he felt, now that he had seen his ballet on stage.

‘I feel pretty good. It’s a different type of work for me in a lot of ways, I didn’t know how crazy I could or should be when I first made a work of this size here, so I wanted to make something that would allow me to explore the Royal Ballet dancers because they are so technically capable, and then just kind of move and create what I was thinking and feeling at the time.’

What he was feeling and thinking about at the time was loss.

‘The work is about loss in a lot of ways, thinking about people who have left too soon, and allowing that to maybe in a broad sense connect me with this other thing that I was thinking about, the higher moments of the AIDS epidemic. 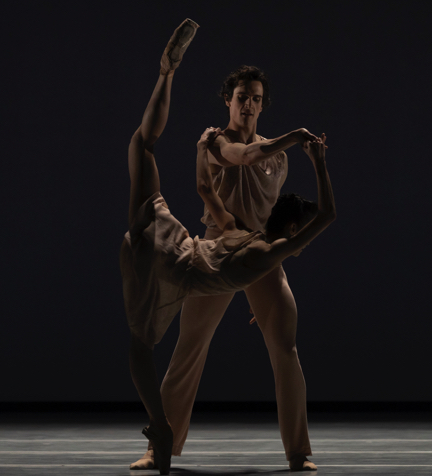 The Weathering is a delicate, elegiac work that builds on the qualities of Royal Ballet dancers, whose technical virtuosity Abraham admits with a shy giggle to finding ‘a little daunting’. It is, he stresses, a collaborative work, but I wondered, did Abraham himself come across?

‘Yes, I felt present. It has all these things that I love, I love thinking about what we can do with the body, and I love the science and emotionality that’s connected to pointe, and the extension and kind of slow transitions.

‘It’s also true testament to how I love to collaborate. Talking to the dancers, why don’t we try this, and then them saying to me, why don’t we try this, I think this is going to be where my weight is falling... that really makes it work. For me that’s the best thing, when you have dancers that you can collaborate with, when you can get their thoughts and opinions, what we’re making together.’

Placing expectations on artists is hardly fair, but is something audiences do. For my part, based on the little I’d seen of Kyle Abraham's work, and the fact that he is so connected with the vibrant New York artistic millieu, I had to confess to him that the one thing I missed in The Weathering was a New York vibe.

‘I understand... yes... I think it’s a layered thing, because I don’t know this audience well. I’m very happy that they got my humour, but a) I was drawing on that kind of more sombre world, and b) knowing that I was encouraged to work with live music, take advantage of this amazing orchestra that that was going to play a role in what I created, it definitely affected maybe some of that flavour that you’re thinking about.

‘Even in New York there was a bit about that as well, expectations around what a black choreographer might do, but for here I thought that maybe I needed to be a little bit more subtle in my choices the first time. Like putting in not all, but little bits of who I am, and approach it differently...’

London audiences will have the chance to see a completely different side of Kyle Abraham’s work when his own company A.I.M. comes to Sadler’s Wells at the end of May, with a work that Abraham describes as ‘very black’, though he resents the predictable interviewers’ questions about race.

‘The big thing for me is, I don’t think that white choreographers are being asked the exact same questions. I don’t have a problem talking about race... sure, I very much make work from my perception, my experience as a black, gay American man, but everyone is making work from their perception and their experience, regardless of the power that they can use.

‘Yeah, I do talk about race in the work, but I think it’s one of those things that we should not be limited to. I can be a choreographer in the same and in different ways that I can be a black man. But the respect ideally is there regardless of race or gender.’

Kyle Abraham grew up in Pittsburgh, Pennsylvania, and came to dance relatively late, having had a kind of epiphany when he happened on a performance by Joffrey Ballet to music by Prince. He cites many influences in his work, including Merce Cunningham, Trisha Brown, Bill T Jones, Ralph Lemon, but the spirit of Ulysses Dove, even when unspoken, pervaded much of our conversation.

‘I think [Ulysses Dove’s] Dancing on the Front Porch of Heaven changed my life: when I saw that work in a TV special, I went home and wrote my college essay to get into school. That documentary and that work really showed me how an artist can tell their story and honour their friends and their history through movement. And so, ironically, that’s what I was hoping to do in a lot of ways with The Weathering.

‘I think the thing for me with The Weathering, especially in the early stage was, how do I honour someone like Ulysses Dove in this ballet, while still being who I am as a maker.’

The Weathering has shown us one side of Kyle Abraham. He hopes to be asked back by the Royal Ballet, and if he does he promises to show us other sides, or, in his own words,

‘... I would love, if given the opportunity, to throw some punches in there.’

The Weathering/Solo Echo/DGV bill is in repertoire at the ROH until Thursday 7 April. Fuil info and tickets here.

A.I.M. by Kyle Abraham performs Requiem: Fire in the Air of the Earth at Sadler’s Wells on Tuesday 31 May and Wednesday 1 June.