The Royal Ballet Live, Within the Golden Hour review ★★★★★

The Royal Ballet Live new programme, Within the Golden Hour, shows a company in glorious form determined to overcome the constraints of Covid

It's not often that an old staple of galas the world over retains the power to give you an electric jolt and momentarily take your breath away. But that's exactly what happened when Natalia Osipova took to the stage as The Dying Swan in the latest Royal Ballet Live programme. Choreographed by Mikhail Fokine for the great Anna Pavlova at the turn of the 20th century, and set to a score by Saint-Saëns, this six-minute piece portraying the final moments of a swan is normally affecting in a kind of gentle, melancholy way.

Not when Natalia Osipova dances it, though, The Russian ballerina does feral like no other; and so it was that far from prettily submitting to her fate, her swan resisted death to the very final moment, never mind that her life-force seeped away with every sequence of bourrées, every beat of her wings. 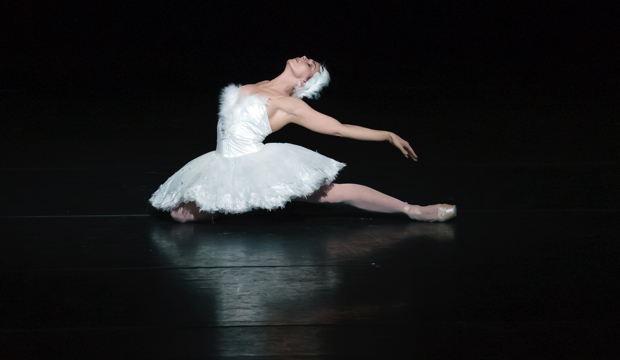 Dying Swan, Natalia Osipova, Royal Ballet Live 2020. Photo: Emma Kauldhar ROH 2020
It was a heart-breaking struggle, an extraordinary performance by an extraordinary dancer – it alone justified the price of your ticket.

There were, however, very many moments to cherish in this, the Royal Ballet's second November mixed bill performed on stage at Covent Garden by a company determined to dance on, undaunted by the constraints of the current pandemic.

One such was yet another gala staple, the fireworks-laden Le Corsaire pas de deux, a piece of bravura dancing given the renewed power to enthuse by the perfect partnership of Marianela Nuñez and Vadim Muntagirov. 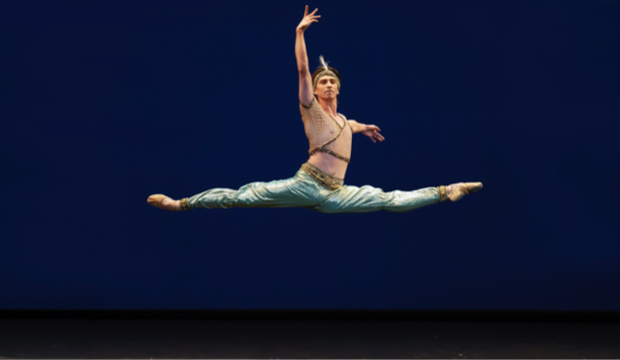 Le Corsaire, Vadim Muntagirov, Royal Ballet Live 2020. Photo: Emma Kauldhar ROH 2020
Among the other pieces that made up the middle part of the programme, Marcelino Sambé and Anna Rose O'Sullivan tackled Balanchine's tricky Tchaikovsky pas de deux with aplomb in a promising debut; while Akane Takada and Alexander Campbell reprised their delicate, diaphanous reading of the pas de deux from Ashton's Rhapsody, and Laura Morera and Federico Bonelli gave us an impassioned performance of the bedroom pas de deux from MacMIllan's Manon. Yasmine Naghdi and Nicol Edmonds served up a lesson in impeccable classical technique in MacMillan's serene Concerto.

The evening started with the world premiere of Royal Ballet first soloist Valentino Zucchetti's work, Scherzo. Choreographed to music by Rachmaninov for the lower ranks of the company, Scherzo is a lively and enjoyable work, meticulously following the music's varied rhythms, skilfully using the vocabulary. of classical ballet. 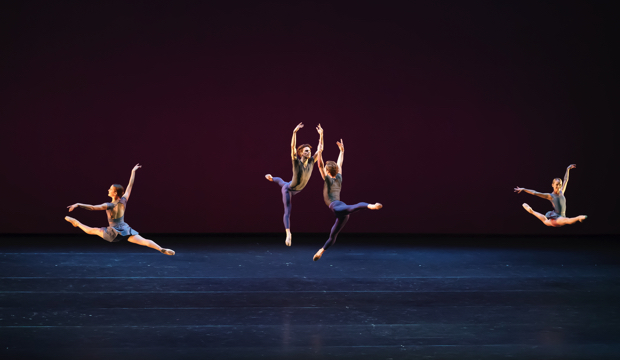 Madison Bailey, Leo Nixon, Liam Boswell, Sophie Allnat in Scherzo Royal Ballet Live 2020. Photo: Emma Kauldhar ROH 2020
Scherzo's moods range from ecstatic to meditative, the dancers organised in constantly shifting groups around a central couple, dancing now in unison, now in canon and counterpoint and, in a nice touch, dancing for each other as well as for the audience.

The programme ended with Royal Ballet artistic associate Christopher Wheeldon's dazzling work, Within The Golden Hour. Set to an original score for strings by the Italian minimalist composer Ezio Bosso, incorporating music by Vivaldi, Within the Golden Hour references the final hour of daylight before night descends, with its unique luminosity here gloriously replicated by lighting designer Peter Mumford with waxing and waning stripes of deep orange at times reminiscent of Rothko paintings.

Add to that diaphanous, shimmering, gold-speckled costumes by Jasper Conran and you have a perfect theatrical treat.

The ballet is structured into sections around three central pas de deux, danced here by Sarah Lamb and Ryoichi Hirano, Fumi Kaneko and Reece Clarke, Anna Rose O’Sullivan and James Hay, Wheeldon's complex choreography translating moods that range from playful to dreamy and wistful, and give both ensemble and soloists plenty of opportunities to shine. And shine they all did.

In short, this programme is a joy, marred only by the Covid-imposed intrusion of a digital screen between performers and audience.