The Royal Ballet: Back on Stage review ★★★★★

The Royal Ballet performed to a live audience at Covent Garden for the first time in seven months, in a celebratory gala that more than lived up to expectations

Never let it be said that the Royal Opera House doesn’t put on a great party. Sure, Covid restrictions meant a severely reduced audience of 400 masked guests for The Royal Ballet: Back On Stage gala, and the complete disappearance of the stalls, now turned into a socially distanced stage for the Orchestra of the Royal Opera House, in fine fettle under Jonathan Lo's baton. Still, the prevailing feeling was one of excitement.

The night belonged to The Royal Ballet, with the full company performing a carefully assembled selection of its extensive and varied repertoire. To the last dancer, they did it full justice – and dazzled.

The programme started with an extract from Hofesh Shechter’s Untouchable – a pointed reference to the strange times we live in. Twenty dancers formed five lines, first face on, then evolving into exacting patterns to Shechters’s jagged sound score, but never touching. The stunning precision of the ensemble work belied the fact that these dancers hadn’t performed together for seven months. 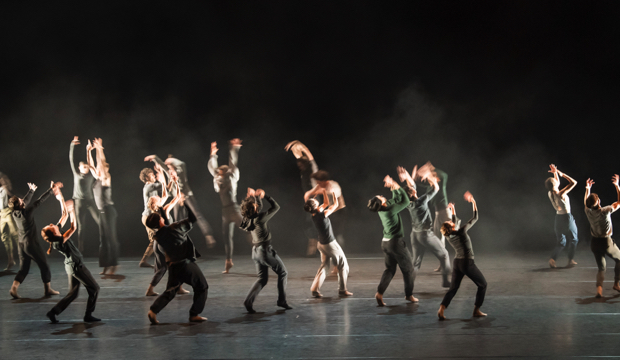 Untouchable, The Royal Ballet, Photo: ROH Tristram Kenton
On a bare stage, principals and first soloists performed a series of pas de deux, starting with Akane Takada and Federico Bonelli's slow, dreamy pas de deux from Act II of Swan Lake. Fumi Kaneko and Reece Clarke demonstrated yet again they are a partnership to watch in In Our Wishes, Cathy Marston’s intricate and angst-ridden vignette of a love affair falling apart (pictured top).

Ryoichi Hirano’s noble demeanour was ideal for the courtly 'Diamonds' pas de deux from Balanchine’s Jewels, partnering a regal Sarah Lamb. In full contrast to Balanchine’s evocation of the grandeur of imperial Russia, Matthew Ball and Mayara Magri then plunged us right into the rough and tumble world of Rogers and Hammerstein’s Carousel, in Kenneth MacMillan’s choreography. Ball was all virtuoso fireworks as the roguish Billy Bigelow; Magri’s Julie was a convincing innocent, awkward girl awakening to love. 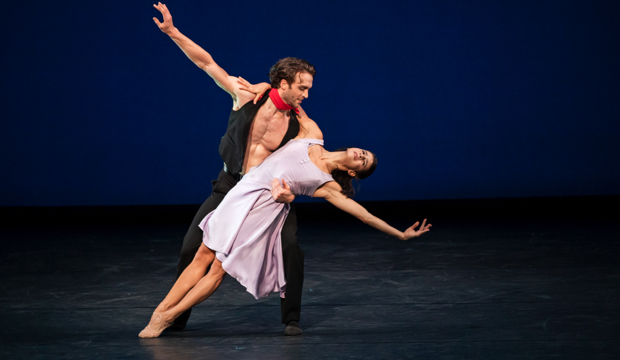 Carousel with Mayara Magri and Matthew Ball. Photo: Tristram Kenton
Laura Morera’s entrancing musicality shone through in her Titania to Alexander Campbell’s Oberon in the pas de deux from Ashton’s The Dream; and the house fully came alive, to the point of clapping along to a pas de deux from Ashton’s La Fille Mal Gardée, performed with irresistible pzazz by Marcelino Sambé and Anna Rose O’Sullivan, surely a steady partnership in the making. 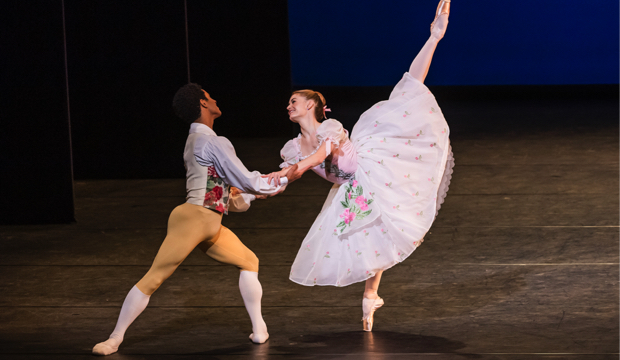 La Fille Mal Gardée, Marcelino Sambé and Anna Rose O'Sullivan. Photo: Tristram Kenton
The balcony pas de deux from MacMillan’s Romeo and Juliet, with its poignant portrayal of young passion, is always a winner, and so it proved when performed by César Corrales, all insistent youthful ardour and Francesca Hayward, one of the finest Juliets in the company.

And to crown it all, Marianela Nuñez and Vadim Muntagirov, a partnership truly made in heaven, danced the pyrotechnic final pas de deux from Don Quixote with such ease and panache that you could only marvel.

In between we had a solo by Natalia Osipova, from Sidi Larbi Cherkaoui’s Medusa, choreographed on her, but not really playing up to her very specific strengths; and an extract from Wayne McGregor’s Woolf Works, that gave us one of the final opportunities to see that extraordinary interpreter Edward Watson before his retirement.

A few ensemble pieces included the finale from Christopher Wheeldon’s Within The Golden Hour, with its seven couples going through their paces in Jasper Conran’s shimmering costumes.

The programme ended with MacMillan’s ragtime Elite Syncopations, where a small orchestra and the full company shared the stage, for a spirited, joyful performance. 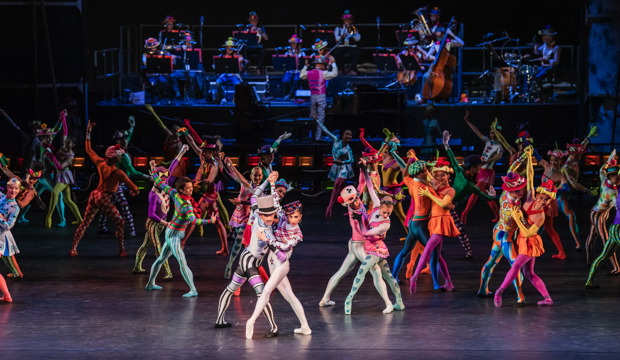 The Royal Ballet, Elite Syncopations. Photo: Tristram Kenton
To quote an admiring Royal Ballet principal, Lauren Cuthbertson, now seven months pregnant and watching her colleagues from the wings, ‘how do they do it?’

Of course, putting together such a programme for simultaneously in-house and at-home audiences isn’t easy; and not everything was perfect; but who would pick holes in such a glorious evening? Certainly not this reporter.

The Royal Ballet Back On Stage