The Place, one of the cradles of contemporary dance in Britain, goes online with a six-week programme of eclectic international dance

All programmes streamed on Thursdays at 7pm on The Place website.

Situated in the heart of London, The Place has been instrumental in the development of contemporary dance in Britain.

Now, with both theatre and school closed as a result of the Covid-19 lockdown, The Place has moved online: for the next six weeks it will stream works by a varied range of international companies.

Each weekly show is framed by a short introduction from the artist.

Two programmes have been announced:

Thursday 30 April at 7pm
The Korean dance company Modern Table opens the programme with a performance of Sok-do (Velocity), filmed at The Place during its 2019 Festival of Korean Dance. 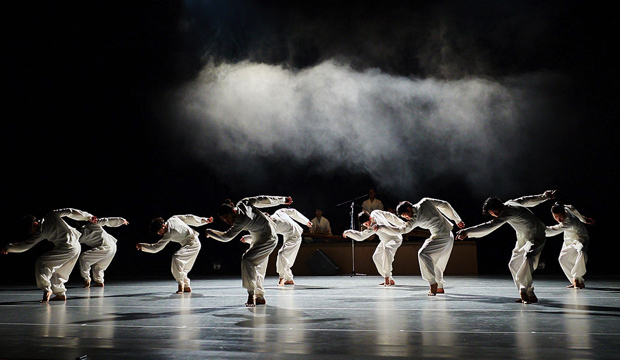 A thought-provoking commentary on multicultural Britain through dance, live music and dialogue compiled from the performers’ personal experiences, Border Tales had a sell-out run at the 2017 Edinburgh Fringe Festival.

The other programmes in this six-week run will be announced in due course – watch this space.

There will also be an opportunity to donate and help see The Place and the featured artists through these difficult times.