Scottish Ballet makes its Royal Opera House debut at the Linbury Theatre with This Is My Body, a double bill that showcases the company’s considerable strengths

Scottish Ballet was the first ballet company licensed by Sir Matthew Bourne to dance one of his works; and they were also the first company in the UK to dance an existing work by Crystal Pite.

For its first visit to the Linbury Theatre, which marks its ROH debut, Scottish Ballet has opted for a double bill of works by one of its own rising stars, the young choreographer Sophie Laplane, and France’s Angelin Preljoçaj.

It celebrates the physical power and movement of its four couples. In a glowing review, The Scotsman wrote: '[its] wit and sensuality meet clever costuming that literally flies off the stage.’

Angelin Preljoçaj’s MC14/22 (Ceci est mon corps), English title, This is My Body, is quite a different kettle of fish. 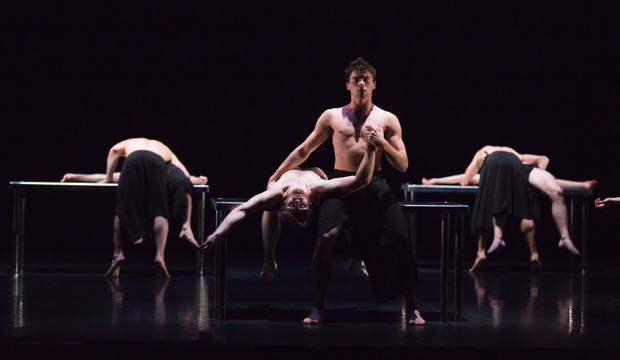 Scottish Ballet in Angelin Preljoçaj's This Is My Body. Photo: Andy Ross
A work for the company’s men, this is not for the faint-hearted, and most certainly not for the children.

That said, Preljoçaj’s This Is My Body is an extraordinarily powerful work, full of breathtaking images, using the quote attributed to Jesus in St Mark’s Gospel as its starting point to portray a striking mix of the carnal and the spiritual.

The choreographer uses all manner of symbols and references, for example, 12 dancers (the number of the Apostles), but all those melt into what is primarily a homoerotic hymn to the male body.

Danced to a score by Tedd Zahmal, This Is My Body shows Scottish Ballet’s male dancers at their cogent and disciplined best.

This double bill comes to the Linbury Theatre following its debut at the Joyce Theatre in New York. 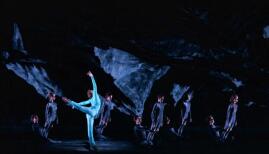 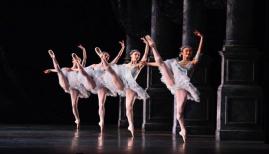