Glasgow-based Scottish Ballet is a medium-sized company that punches way above its weight. Through creative and daring commissioning and careful nurturing of in-house talent, CEO and artistic director Christopher Hampson has developed an ensemble whose performances, live or on film, never fail to excite.

Hampson spotted Sophie Laplane's choreographic talent while she was still a young company dancer. Now Laplane is Scottish Ballet choreographer in residence and her new work, Dive, is the first of the two releases with which the company marks International Dance Day.

Dive is inspired by French artist Yves Klein's signature colour, an intense blue that became known as International Klein Blue. There is something deeply hypnotic about that colour, and it has inspired many artists since it first came to public notice in a 1957 Paris exhibition of Klein's monochromatic work.

Now Sophie Laplane uses it as the canvas on which to develop her quirky choreography in partnership with her co-creator, stage director James Bonas, and filmmaker Oscar Samson. 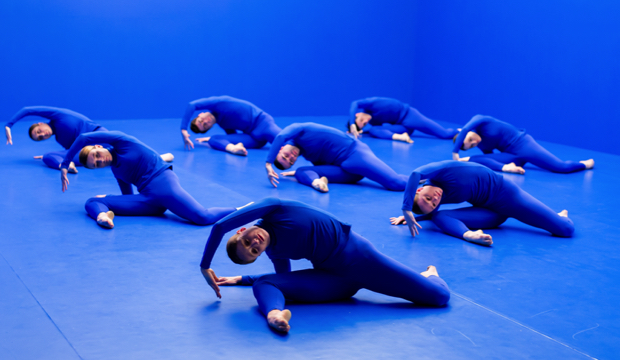 Dancers of Scottish Ballet in Sophie Laplane's Dive. Photo: Andy Ross
Dive is set to music by Schubert and Walter Wanderley; Sophie Laplane describes it thus: 'From stillness, we dive into the complexity that lies beneath the surface of simplicity; drawing the viewer into a world of infinite possibilities and the unexpected, where questions are posed but not answered.'

The second film, to be released a week later, bears the signature of Scottish Ballet's soloist and choreographer Nicholas Shoesmith. Odyssey, directed by Ciaran Lyons, draws on cutting-edge technology. Wearing virtual reality headsets, dancers take viewers on a journey through a game-like landscape inhabited by other-worldly beings, where the real and virtual collide. 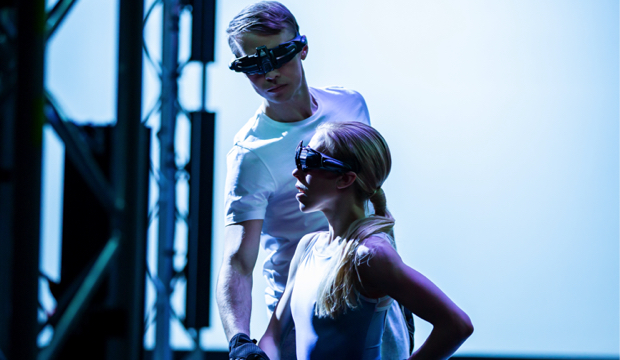 Scottish Ballet was the first dance company to launch a digital season back in 2017, and it's been refining the medium, by creating seamless dance films, as well as providing access to behind the scenes and rehearsal footage.

If its first full-length feature film, The Secret Theatre, created specifically for last year's Covid-restricted Christmas, is anything to go by, we are in for a treat with these new releases.